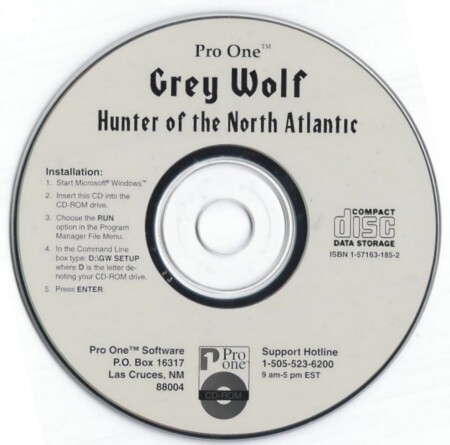 The Game
You get an acute sense of isolation playing Grey Wolf. The verbal responses to your orders sound as if they are coming in over a cheap radio. (This was later explained to be a recreation of verbal orders transmitted through the voice tube, or gooseport. In that context, the voices sound authentic). On the plus side, you can examine the boat from bow to stern and view some really pretty graphics of the diesel room, torpedo room, and a very clean control room. But this wolf feels like a ghost ship--with all those places to visit there is no crew! Now I know that no sim has a simulated crew graphically depicted, but they don't offer a bow to stern tour, either. As you move from one compartment to the next, you see everything but sailors.

The graphics of surface ships are sketchy at best, mere side view silhouettes with some detail. Convoys seem to consist of three ships in most cases, with the occasional warship mission of two destroyers. There are no prolonged depth chargings to fear here, sailor. If they get a lock on you, you dive deep and pray. Your fate will become clear soon. You can tell from the pinging of the sonar if you're in peril. Depth chargings include some good cut-away scenes. The TBT and periscope views are cramped and restricted, which would be tolerable if you had the option of scanning the waves from the bridge, but you don't. The view topside is solely through the field glasses. You feel as though you’re searching the confines of a shoe box, not the vast Atlantic Ocean. Nothing gives you the feel that you're at sea better than the simple topside view.

Contrasting the blinders you feel without the bridge view, Grey Wolf features the best wave action this side of Aces of the Deep. The layered, undulating blue waves put Silent Hunter to shame. You target is constantly in motion and you do feel the need to brace yourself.

How about realism? Well, you do have limits on your fuel and batteries, and you carry a limited number of torpedoes. The Jane's 688(I) crew must be moonlighting in Grey Wolf because the crew here achieves reloads in less than a minute. Maybe ProOne felt that realistic 30 minute reload times would put off players. While taking damage, you may be told you must surface to affect repairs, which keeps you honest. The performance profile of your GW U-boat is much too good, though. Changing depths, headings, and speeds happens in a third of the time it should take.

Grey Wolf has a decent interface, and the mapview has a static quality, which is what is needed in a simulation. No miniature ships here with wakes and real-time course changes. The drawback is you are limited to one patrol zone per mission. Each mission begins with an assignment to patrol a grid. And at the beginning of each patrol, the surface ships are present and awaiting your torpedoes. There aren't any random searches, just point and shoot. Grey Wolf features decent if simple mood music, always a plus. And the cut-away scenes are varied and pleasing. When you leave port you are shown a sleek U-boat cruising away from the heavily-fortified submarine pens and out to the ocean.

Grey Wolf offers many afternoons of diversion. The designers did put some time and thought into it, and there are some nice interior scenes of the boat. If you want to introduce a younger player to classic games of the early 90s Grey Wolf works well. And if you are a naval/subsim connoisseur and want to try a rare sim Grey Wolf is the perfect candidate. But watch out, you may have fun too! 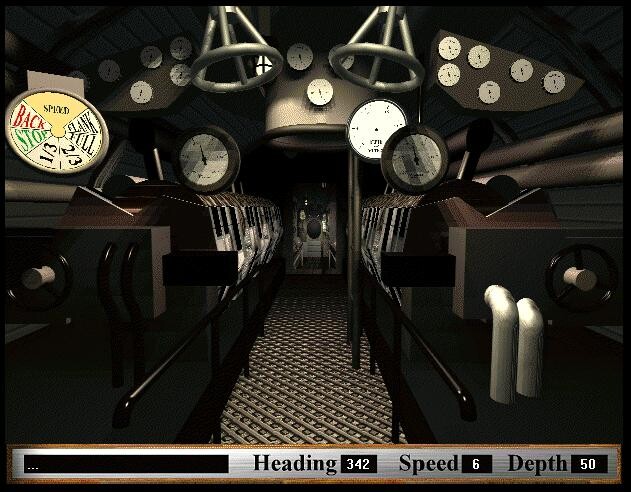 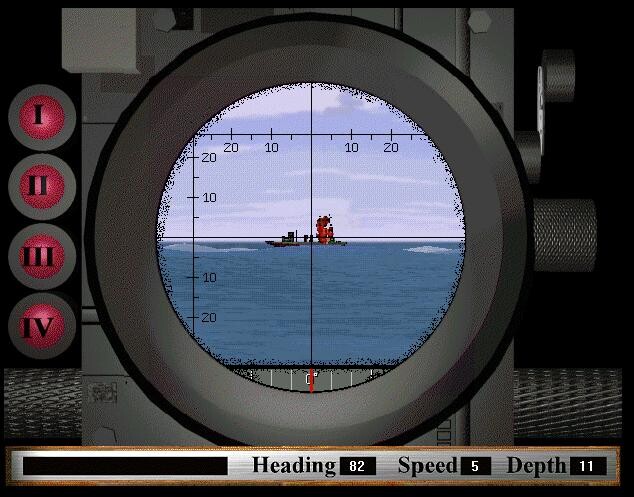