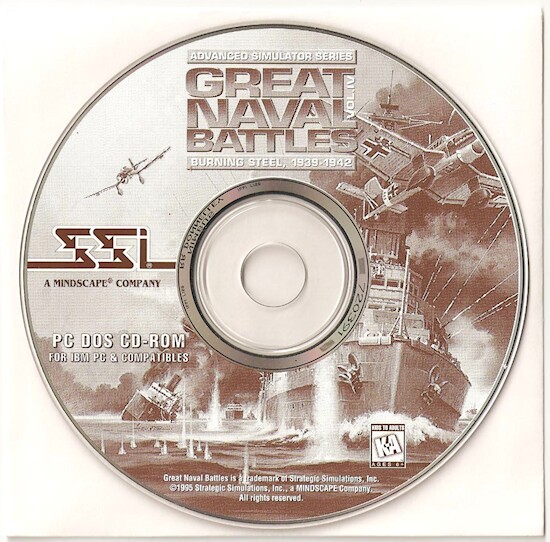 Actual Game
The Game
Great Naval Battles IV: Burning Steel is the last part of the quite interesting GNB series by SSI. It covers naval warfare in World War II with a focus on artillery battles rather than aerial attacks (similar to Task Force 1942 by Microprose).

In this fourth part the combattants are restricted to the major European powers like Germany, the UK, France, Italy and Russia. You have the opportunity to play historical and hypothetical scenarios which last from some hours to a few weeks. But here's also showing the major flaw of this game: there's no actual campaign mode like in the first 2 parts but just these scenarios. As a compensation there's the option to play a random scenario which sets all Axis and Allied ships against each other on a fictual battlefield. But here all ships are grouped into random task forces, placed randomly across the map and on the edges of the all-water map 2 ports for each side are randomly placed. So it's more a action- packed skirmish than a strategically planned campaign. No real substitution.

The excellent controls of your ships and task forces haven't been changed since the first part (why should they?). You can freely decide the degree to which you want to take over control. Whether you just want to plot waypoints and set main targets for your task force or control every station yourself from guns to damage parties to floatplanes - it's up to you. This possibility - together with the 4 skill levels - brings a lot of options into this game.

The various stations include the flag bridge and the ship bridge, where you can plot courses, determine targets and get general infos, the airops where you can launch floatplanes which will hover over your target to improve accuracy, the torpedo station (if there are any available that is), the secondary guns and the lookout. An interesting station is damage control. Every ship is shown in numerous decks with the important ship parts on this respective deck and it has - according to its size and tech level - a number of damage parties. Especially dangerous hits like holes in the hull which result in extensive flooding or fires in magazines have to be dealt with first. Too much water on one side will result in capsize of the ship while a fire in a magazine can cause a spectacular explosion (as it happened to England's pride, the Hood). The most realistic station is main gun control. As it is historically accurate you first fire some salvos to get the vicinity of the target. When most shells are close to the enemy ship only then you switch to full salvos to do maximum damage. You can also select how far the shells should be spread over the target vicinity.

Of course there are also some aircraft carriers included (mostly British, but also the never finished German carrier Graf Zeppelin), but the most emphasis lies on artillery duels. They can take quite some time if more ships are involved and include every strategy you can expect. Damaged vessels lay smoke curtains, capital ships will try to present you their broadside so that they can fire all their guns while destroyers will charge at you with high speeds to make a torpedo run. This makes constant maneuvering necessary so you don't end up between two groups of destroyers firing torpedoes from either side while the battleships pound you from out front.

An extensive database keeps you informed about all ship and aircraft classes and provides important details about guns and torpedo ranges. The graphics are OK though the ships look quite choppy from close range. Sound is limited to some ship bells and gunfire, nothing extraordinary there.

I really liked the GNB series from part 1 on and overall it's a good simulation. Burning Steel is a suitable finish to a great series. 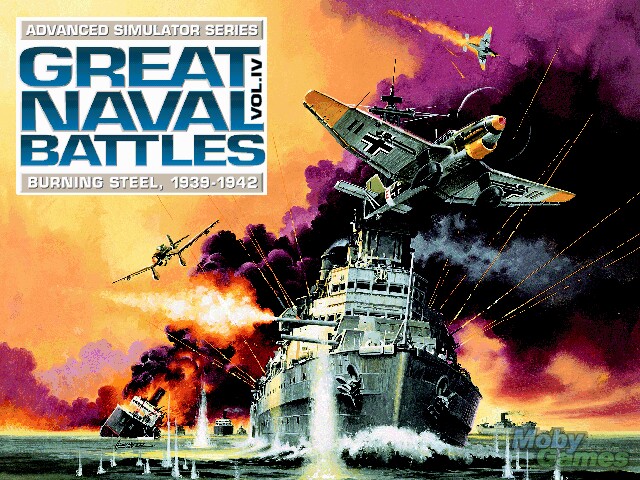 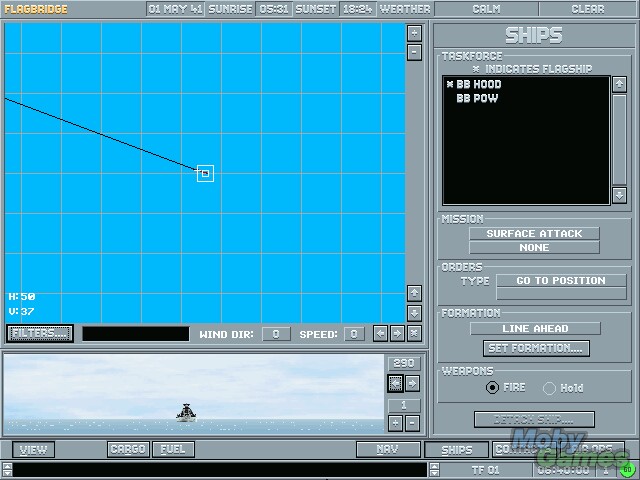 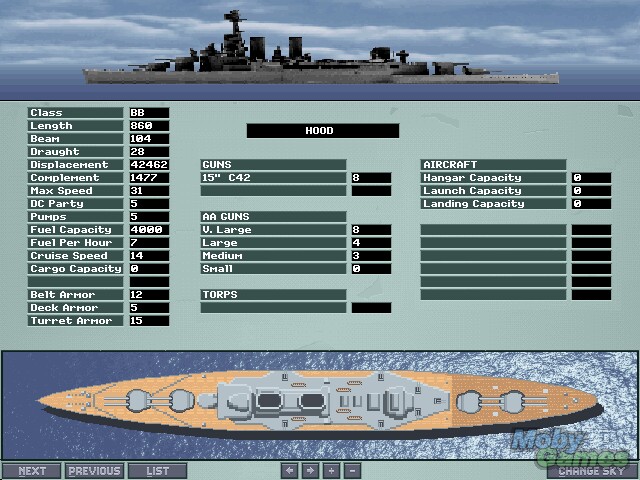