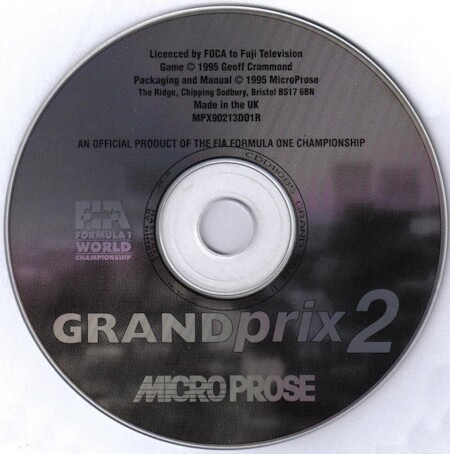 The Game
In the mid 90s racing games on the PC came in two distinct flavors: arcade-style racers that provide a quick dose of adrenaline, and serious racing simulations that provide a deeper (though less exciting) experience. Grand Prix II shattered these traditional barriers by providing seven adjustable “driving aids” that affect the difficulty and the complexity of gameplay. These aids range from the traditional automatic transmission to more exotic aids like braking assistance and automatic steering. The result is that Grand Prix II performs like an arcade racer when all the driving aids are switched on, and a deadly serious simulation when switched off.

For those that dare to opt for the full realism, Grand Prix II contains a driving model so complex that it easily rivals the Papyrus titles of the same period. Not only are the cars quick and nimble, but Grand Prix II is the first racing game to accurately simulate motion in all three axes. In other words, if you hit a bump at 200mph, you literally become airborne! This not only makes the cars handle more realistically, but crashes now take on a whole new dimension as you twist and gyrate through the air. To complement the excellent physical model, MicroProse has included a fully functioning garage and 16 painstakingly reproduced tracks. These features all add up to make Grand Prix II one of the most realistic racing simulations available at the time.

Whether you opt for arcade or simulation-style play, Grand Prix II manages to deliver plenty of racing thrills. While other simulations have managed to reproduce almost every minute detail of auto racing, Grand Prix II is the first to actually reproduce the excitement of the most dangerous sport on the planet. In other words, this game is both realistic AND fun to play. It is this factor, above all others, that makes Grand Prix II shine so brightly.

In conclusion, whether you're a fan of arcade-style racers or full-blown simulations, Grand Prix II is one of the best examples of 90s racing games ever made. 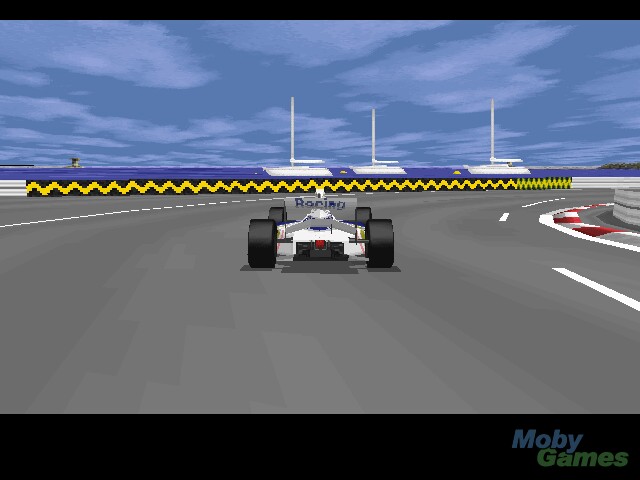 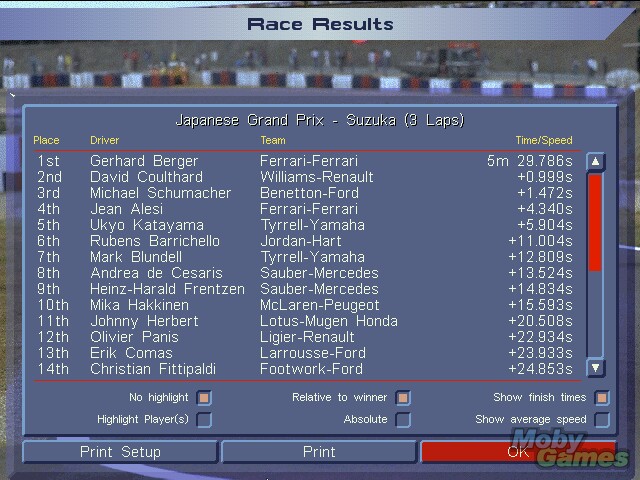