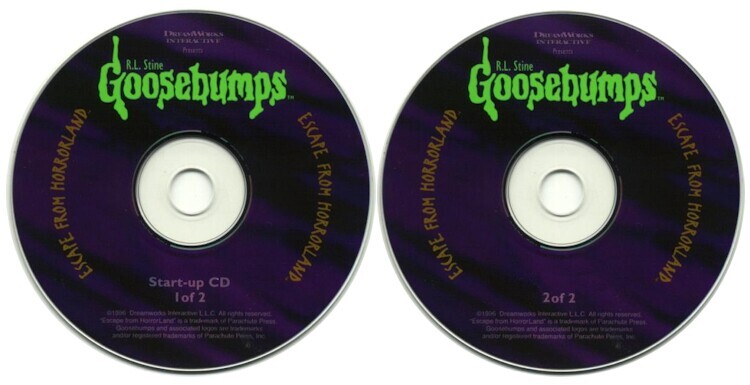 The Game
Escape from Horrorland is based on the works of R.L. Stine. The game serves as a continuation of the story One Day at HorrorLand; it is one year later, the moon is full and Lizzy meets up with you, scared and desperate for your help. Before you know it Lizzy, like Luke, Clay and her parents, are back in the grips of HorrorLand with you close in tow.

The action starts in Werewolf Village where Lizzy explains what this place is and what to expect. The boys, Luke and Clay, are found in stocks and are desperate to be released. The howling of wolves can be heard and that can't be a good thing. Exploring the shops of the village will reveal various objects that can be picked up and used or kept in the hip-pouch found at the bottom of the screen. Be sure to visit all of Werewolf Village before moving on to HorrorLand Plaza. In this way Lizzy will still be around to hint and suggest things as you explore. Visit the Butcher Shop, The Antique store and take a look into the well. This is also where the Riddle Wall can be found that will provide cryptic clues for a fee. Be sure to examine the garbage cans. A quick jump into one reveals the vast underground that exists under the park. Use the mouse or the cursor keys to navigate the maze and the space-bar to open and close the many gates. Reaching the other end of the maze will take you to another part of the park, if you survive. Press the space-bar at the sign for the area of the park reached to go back to the surface. After seeing all there is to see, move on to HorrorLand Plaza and be sure to visit the Museum, as it will provide the brightest clues. A movie theater will provide some entertainment as will the Doom Slide, tickling the owl and more of the garbage cans. Assistance for navigating the mazes can be found in the various books scattered here and there. Head back to Werewolf Village, locate Lizzy and move the game ahead with a thrilling chase involving a werewolf and you as bait. Then lose Lizzy again before ending up back in HorrorLand Plaza. On to the Bat Barn where another puzzle leads to a crossroads. Choose either of Valley of the Kings or Vampire Village. Luke, Lizzy then Clay will all be found again before the end of the game.

Escape from HorrorLand is just the thing for fans of the Goosebumps series. HorrorLand is the diabolical creation of one demented Madison Storm who just happens to love hearing children shriek in terror. Victim of a miserable childhood, he doesn't see why any other child should be happy. Lizzy and her family have only one hope of ever escaping the park and that's you. Only by exploring and solving puzzles will the exit be found. Clues and hints are hidden all over the park and a riddle wall will provide cryptic clues, for a fee. Coins and trading cards can also be collected to create a high score, but are not essential to finishing the game. The trading cards also offer clues which can be viewed from the Scores screen. A map of the park is also available for consultation, one for every main area of the park. Be sure not to miss the video portion included at these stops.

The non-linear aspect of this game means that the player is free to explore the park in any order. Viewed in the first person with a full seamless 360 degrees panoramic view created with detailed miniature 3D sets, state of the art computer graphics and dramatic special effects, one gets the feeling of being right in the middle of the action. Live video action sequences also add to the realism as the player is addressed directly, handed objects and even given a costume to wear. Cameo appearances by the likes of Jeff Goldblum and Isabella Rossellini add a special "star" quality to the game. Thousands of "hot spots" enable the player to interact with objects and learn more about where the family members are hidden and what to do next.

If you liked the TV show Goosebumps, you will like this game. Even those who never saw the show will be able to appreciate the scares and adventure involved in this game. It's scary without being horrific, a perfect combination. 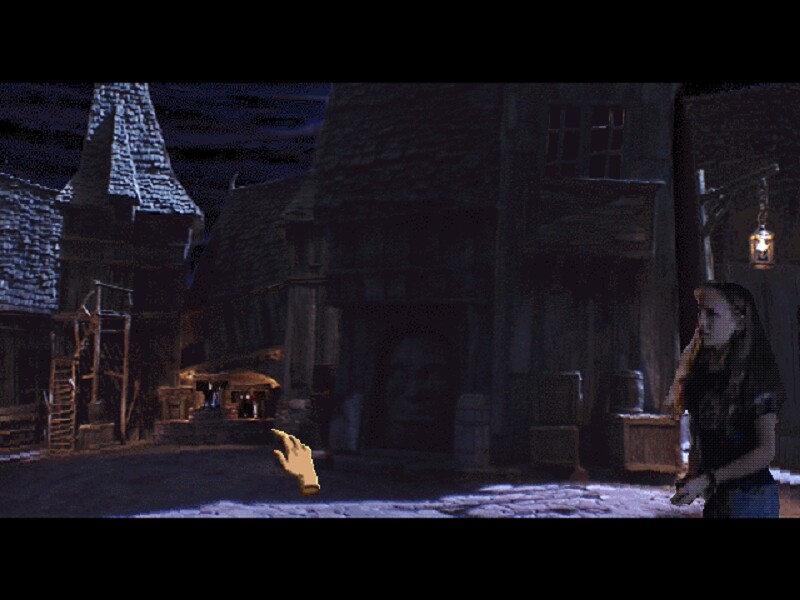 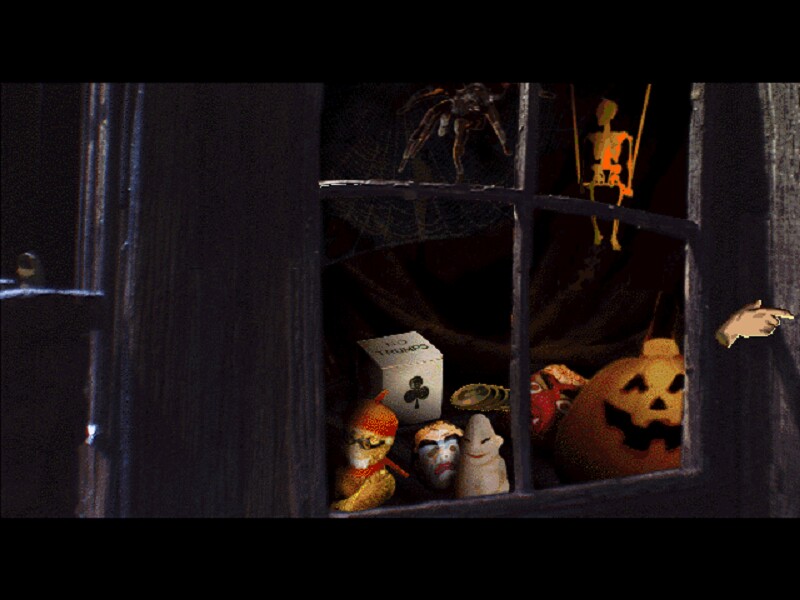