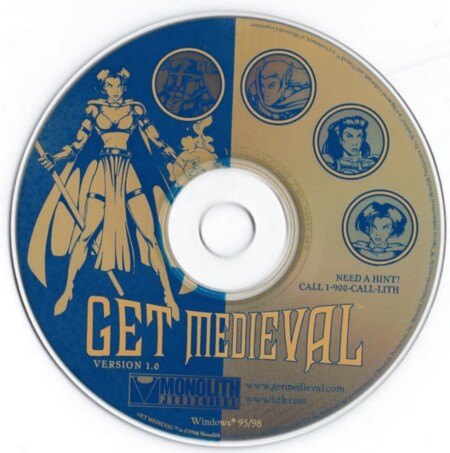 The Game
From the opening animation, there's plenty of tongue-in-cheek humor about fantasy adventurers. A dragon swoops down over a village as the voices of four adventurers (apparently watching the intro animation like a movie) make humorous comments such as "The flying chicken is very angry." The four adventurers are basically the same four hero types as in Gauntlet: the elf archer Eryc, the Valkyrie-like Kellina, the brutish barbarian Zared, and the sorceress Levina. The two-bit plot has the adventurers going into a dragon's dungeon to slay the evil beast and gain gold and glory for themselves. If you still don't believe in the similarities yet, allow me continue.

Gameplay is exactly the same as Gauntlet. There's the top-down view of the characters as they move around a dungeon picking up treasure, potions that give you health (like food in Gauntlet), and power-ups that will improve your weapons and shields. Along the way there will be baddies to slay and their spawning points (spiders' nests, beast cages) to destroy. The monotony of the dungeon crawl is broken up by the appearances of the "boss" creatures. Appearing as just enlarged versions of the smaller creatures, there's not much to be said about them except for the fact that practically one hit from them kills your character.

Character design doesn't divert much from Gauntlet. Each character has a certain set of statistics that depends on what character class is chosen. The barbarian has high weapon strength, but is slow. The elf is quick with his bow and on his feet, but his arrows do little damage. The other two characters fall somewhere in between. During play, the characters make even more humorous comments about the current situation. Each hero type has a different saying for certain events. The elf shouts out "Ha ha! I'm rich!" while the sorceress exclaims "I'm going shopping!" Other conditions such as getting low on health, shooting much-needed items, and slaying large numbers of monsters also have their own sounds. And if for some reason you still aren't convinced of the similarities, just wait till you start mistakenly shooting healing potions.

Monolith deservess some kudos for bringing a much-loved game back to the PC. This game may be Gauntlet, but Gauntlet is still a lot of fun. 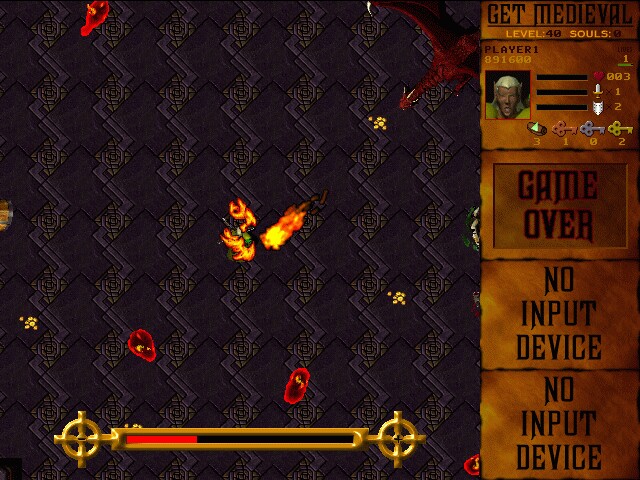 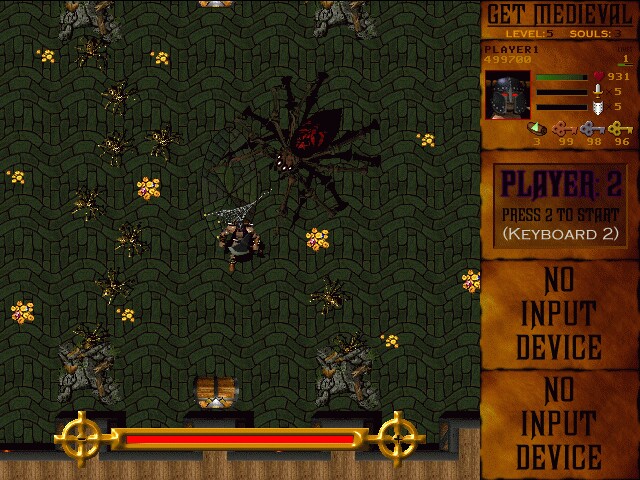