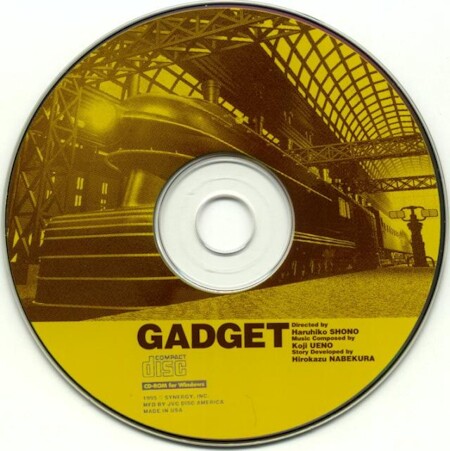 The Game
At the dawn of the CD-ROM era, multimedia graphics were increasingly being incorporated into computer games. The adventure genre was seen as the most suitable medium to experiment with the possibilities of this now settled technology. Pre-rendered still images, which later integrated with animated movies, showed for the first time both the graphical and storage capabilities of the new hardware. Games such as The 7th Guest and Myst are still remembered as pioneers of a generation that has impressed gamers with their unique visual style. In 1993 Gadget joined the fray.

The story starts in West End Hotel, room 306. You have an appointment in the lobby of the hotel with a mysterious man named Theodore Slowslop. He tells you to get in touch with a scientist with the ludicrous name Horselover Frost, the leader of a team of scientists who have been conducting secretive and puzzling experiments. Your search leads you onto a journey to different locations using various means of transport, including a futuristic looking streamlined steam locomotive. As you progress, your experience becomes more surrealistic and mysterious, including your encounter of a mute boy who turns up once in a while and hovers seemingly through the air. Other characters who you meet tell you of contradictory anecdotes of the inexplicable events surrounding you. It appears that you are being sent to fetch and assemble a number of gadgets for an enigmatic machine called the Sensorama, which is supposedly designed to help mental patients. Yet, is the machine actually a brainwashing device and are the scientists just a group of megalomaniac mad men? Eventually, you discover that the scientists are all busy designing and constructing a spaceship called the Ark, so they can get away from Earth in time, for they are all claiming there is a meteorite that will soon collide with the planet. Even after the adventure ends, it is not completely clear what is real and what is not, since you also seem to have been influenced by the Sensorama machine. The story truly grasps the imagination from beginning to end, much in the style of David Lynch and Stanley Kubrick.

The unique production value of this game is attributed to its surrealistic style and feel. Graphically, the game world is aptly rendered. The environments look a bit dusty though this is intentional. The game has a certain atmosphere of nostalgia. Once the player activates a trigger to be taken to the next section, a black and white movie is almost always shown as a cut scene. The futuristic looking locomotives are featured a lot in these cut scenes. The artworks all have a touch of noire and retro look of the machine age of the 1920s and 1930s. With one exception, none of the game characters are animated or voiced. The few lines of dialogs, written by Hirokazu Nabekura, are just displayed as plain text at the bottom of the screen. Many of the game characters look very pale, as if the world is populated by zombies. The music is composed by Koji Ueno who is described (on the game package) as "a composer who combines digital sensitivity with classical training". A non-Japanese gamer who listens to the music will likely describe it as weird, though it succeeds in creating an atmosphere of suspense for the game.

Overall, Gadget: Invention, Travel & Adventure succeeds in its intentions. The surrealistic atmosphere it manages to create is truly involving. With its unique style and early multimedia game feel, Gadget is a look back into an era now gone. 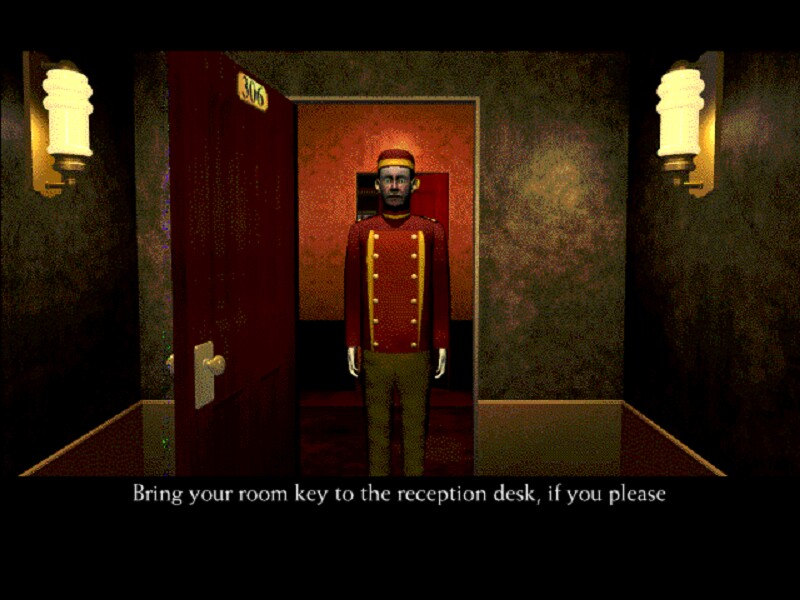