The Game
In 1997 FX Fighter represented the future of PC fighting games: the fully three-dimensional fighter. Just as Battle Arena Toshinden did on the consoles of the era, FX Fighter illustrates just how visually impressive a full 3-D environment can be.

This is an extremely atmospheric and versatile title, allowing variation in environment, challenge, number of players, and graphic detail. The characters are diverse, both in appearance and ability, and the worlds where the battles take place are dark and surrealistic. While the characters are advertised to have forty different attacks, you rarely utilize (or need to utilize) more than about ten. In fact, if you get too ambitious, you risk sending your character spinning out of the ring and into the Great Beyond.

Gameplay follows the standard one-on-one fighting rules, with customizable round times and settings. The game also makes the winning decision to incorporate a selection of great gameplay modes that include arcade, vs and multiplayer tournament mode that's good for parties, definetively a winning addition that most fighting games pass up.

Still, probably the best achievement one can note down for FX is that it does provide a reasonably fast and detailed graphic experience at a time when polygons where still far into the future. Save for the rather crude models and the low resolution the game was a major achievement, with fully textured characters and stages. 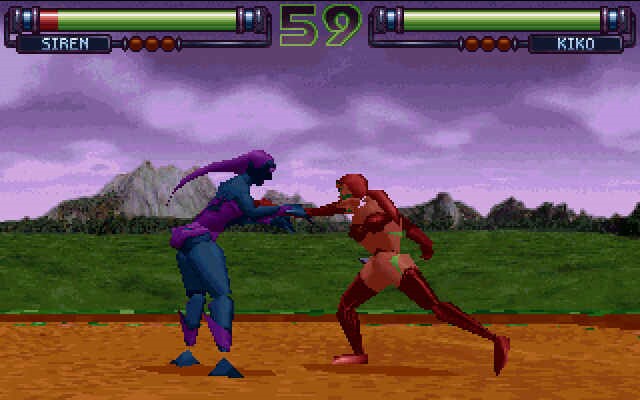 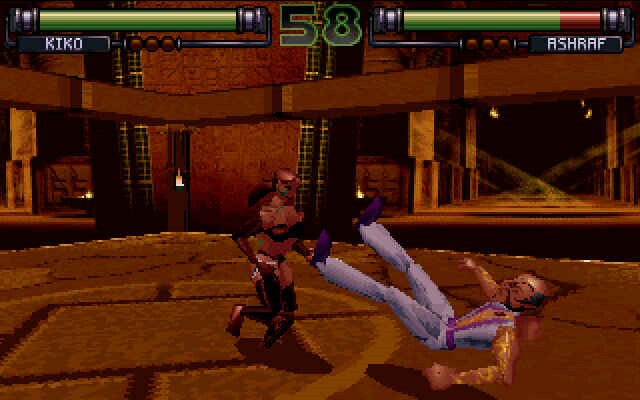