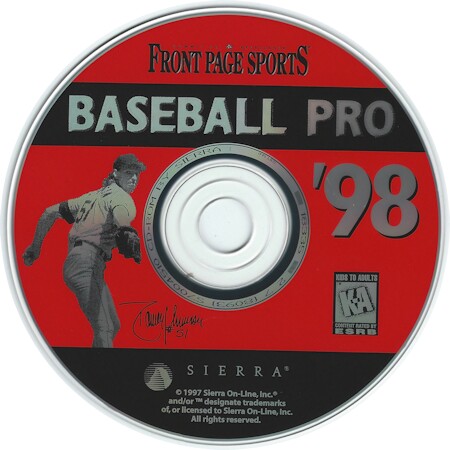 The Game
It's obvious Sierra spent a lot of time and energy correcting the problems of the '96 edition. The game nearly perfectly puts you in the role of general manager to let you guide your favorite team to the World Series.

Sierra's CAMS system (which sets up viewing perspectives once the ball's been hit) has a powerful array of options for deciding what you'll see once you get some wood on the ball, but it's difficult to find a setting that works well all the time: The settings that look great are lousy for actually controlling players. The play-by-play commentary is minimalist so as not to be intrusive.

You have a nice variety of managerial options available in the hands-on mode, as well as extensive control over pitching (type, location, speed) and batting (type of swing and area to look for the pitch). The game looks and feels a lot like real baseball - the animations are dead-on without looking canned and the ball physics seem to be right.

So controlling the on-field action is a mixed bag - but that's certainly not the case with the league management portion of the game. Whether you want to control one team as owner and GM or become commissioner of an association in which other BB Pro '98 owners take charge of their own teams, this game provides the most flexibility, power, and versatility of any baseball sim you can buy. The detail is overwhelming: If you can think it up, there's a 99 percent chance that there's a way to do it. And the best part is that you can exercise as much or as little control as you want: A computer GM can be told to handle everything from free agent signings and draft picks to actually making the calls during a game.

Simulation results are credible, though there do seem to be an inordinate number of injuries. To speed sim-only games, Sierra's added a "fast sim" option (you can't view highlights after a game) and a "one pitch" option that only displays the last pitch thrown to each batter (useful if you choose to watch a game being simmed out).

Don't like the way players respond under computer control or the way the ball bounces and rolls on turf? There's a feature to insert a file named PB.INI in the Baseball Pro '98 directory that lets you set those factors and dozens more just the way you like them. It gives you control over how the computer GM will react in six defensive and four offensive situations, allows you to change five parameters that determine when substitutions will be made, alter ten physics factors, set the pitcher and batter AI along with fielding and running abilities - and that's not mentioning all the sub-categories that affect the overall sections.

For hard-core baseball fans, Baseball Pro '98 dishes up everything except World Series tickets. 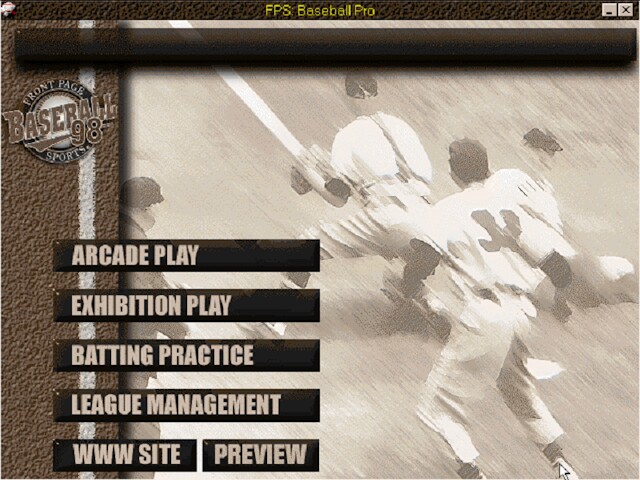 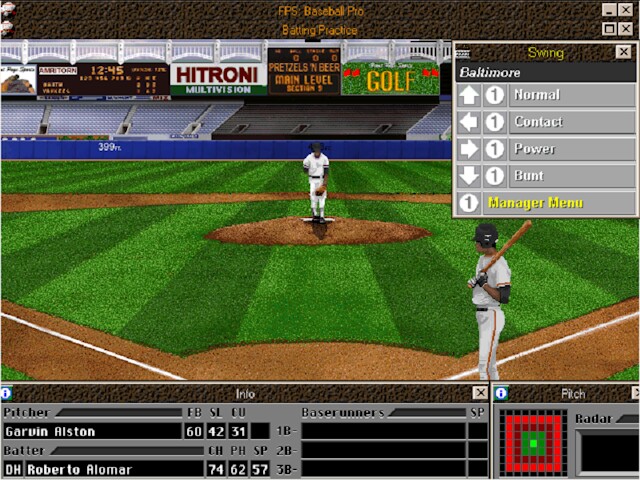