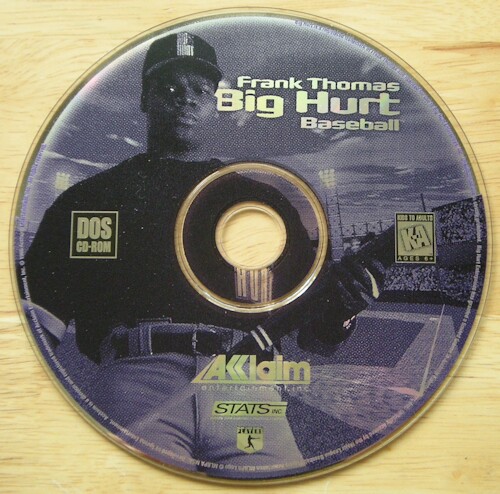 The Game
Frank Thomas Big Hurt Baseball eschews the usual PC sports game focus on statistics and managerial options, and relies more on realistic gameplay and ballpark ambience to engage the player. The result is a PC game with all of the excitement, charm, and appeal of a console title, but little of the immersion and long-term playability that PC gamers crave. As the old saying goes, as a PC game, this makes a great console game. There is kind of a generic, nondescript feel to Big Hurt Baseball. The major league ballparks and team uniforms (without names or numbers) are recognizable, but not perfectly represented. The post-game stats don't go much beyond which pitcher won and which pitcher lost.

The game is pretty engaging for mid 90s fare. There is certainly a ballpark feel: the catcher pounds his mitt waiting for you to pitch, the crowd is continually murmuring, and vendors yell, “Get your red-hots here!” The announcer seems genuinely excited when you hit a homer and you are booed ruthlessly every time you make an out. Batting gives the feel of what it's like to face a 100 MPH fastball, and it takes some practice to be able to hit consistently. Fielding is a little on the easy side, though, with the computer doing most of the work for you.

There are 6 distinct game modes, allowing for single exhibition matches as well as full seasons on the playoffs. There is also a Home Run Derby mode, allowing the player to pelt the ball out of the ground for points. You can choose pitchers and batters, based on their statistics and form. Bowling options are set to define the delivery, with fastballs and curveballs as well as more precise setting of pace and height. Fielding is optional - it's best to leave this to the computer at first You can always alter the infield and outfield depth and shift. 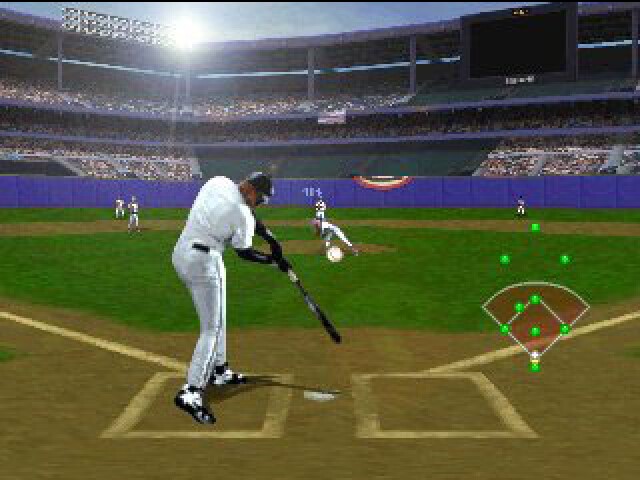 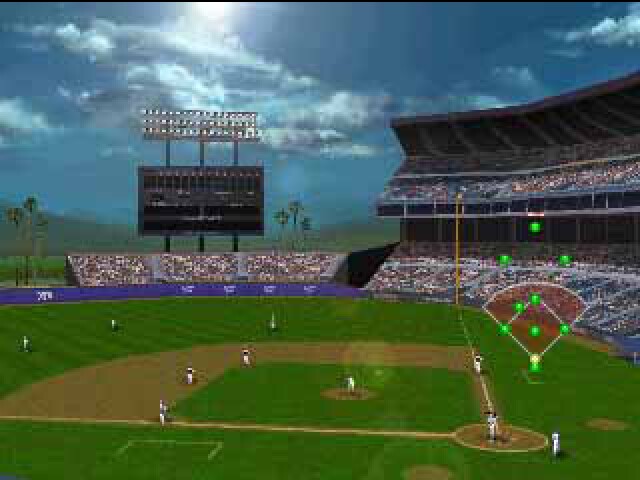