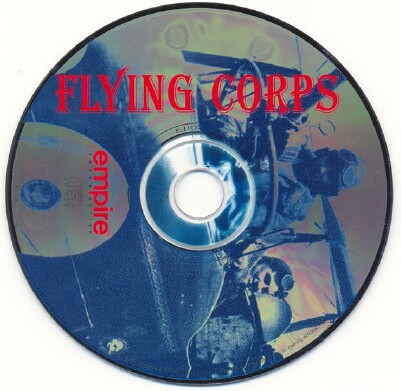 The Game
The biplanes and triplanes of World War I were more than revolutionary; they were modern day miracles. We had defied the laws of nature and gravity: We had actually gained the ability to fly. But leave it to the human race to ruin a good miracle. We had to take our ability to the next step. Instead of just learning how to fly, we did the unthinkable -- we learned how to kill from the air. Empire Interactive's Flying Corps reproduces the challenges and horrors of World War I aviation with remarkable accuracy. The player must take to the skies as a German, British, and American fighter pilot, and maybe, just maybe, alter the course of this terrible struggle.

It's important that I first explain the unique nature of a World War I flight sim. They may have been revolutionary at the turn of the century, but don't let that fool you; World War I era biplanes, and triplanes to a lesser extent, are as sluggish and difficult to handle as they come. A Sopwith Camel is as about as technologically similar to an F-22 as an F-22 is to an X-Wing. One of these classic planes barely even fits into the category of "aircraft" as we have come to envision it; it's more like a kid's go-cart with wings and an engine, and that's pretty much the way it flies, too. These babies didn't even have a throttle control. The pilot would have to "blip" the engine on and off (the only two settings) constantly during flight in order to produce the desired speed, all the while trying to avoid a burnout. A pilot during World War I could actually consider himself lucky to be involved in a life or death dogfight; at least he had survived his training.

There are six planes available and they represent aviation technology from every year of World War I, and all factions involved in the air war. They are, in no particular order, the Nieuport 28, Spad, Fokker DRI triplane, Albatross D3, Sopwith Camel, and SE5a. The performance of each plane varies greatly, as do their flight dynamics. Pilots during the "Great War" often had to drastically alter their tactics depending on the aircraft they flew. For example, whereas the Spad XIII was perfectly suited for "climb and dive" attacks on enemy planes, due to its high speed but poor turning rate, such a maneuver would likely prove catastrophic for the Nieuport 28, which had a great turn rate, but also a nasty tendency to lose a wing during a high-speed dive. Players of Flying Corps would be wise to study the plane profiles in the game's manual; the information there could save their planes, their campaigns, and their lives.

Fortunately, the game's options menu allows for the complete customization of the planes' flight characteristics. At the maximum realism level, even the more cooperative planes like the SE5a are a complete challenge to fly, and the pilot has to concentrate as much on keeping himself in the air as he does avoiding that nasty hail of gunfire. After a few failed missions flying with all the realism options on, I learned my lesson. I promptly went to the realism menu and disabled the torque effects, slipstream effects, gyroscopic effects, and spinning...and the planes were still a challenge to control. So don't be fooled: no matter how many of the realism options you disable, it's still going to take a good deal of luck and a great deal of skill to effectively pilot one of these aircraft, in or out of combat.

Flying Corps allows a pilot to test his new-found skills in a variety of situations. From the main menu, the player can choose the type and difficulty of combat, from quick-and-dirty single missions to prolonged campaigns that span the course of the war. Scramble missions are one-shot deals, stand-alone sories that the player can jump into at any time. From the innocuous "First Flight" to the harrowing "Ground Attack," they are the perfect introduction to just about every aspect of arial combat. After these basics are mastered, the player can move on to the four campaigns: Flying Circus, The Battle of Cambrai, Spring Offensive, and Hat in the Ring. Each campaign offers its own set of challenges, missions, and planes to fly, and the player will find himself in the service of the British, Americans, and Germans. Creative pilots even have access to a paintshop, where they can choose from a selection of pre-painted plane designs.

Interestingly enough, there is already a full custom campaign and several custom missions "hiding" on your hard drive, which were added as part of the game's installation. To access them, the player must enter the "Custom Missions" screen and select either "The Stork's Nest" file for the campaign, or the "mexample" file a list of undocumented single missions. The single missions are particularly engaging, and range from the suicidal "Against All Odds," which pits the pilot against eighteen enemy aircraft, to my personal favorite, "Over The Top," a full assault on American infantry and tanks at Saint Mihiel.

Flying Corps is a great change of pace from the mach 2 action of more modern combat flight sims, and flying the vintage aircraft is a whole different challenge than jetting around in fly-by-wire planes like the F-22 and F-16. After taking to the skies in something like a Spad XII, it's easy to see just how much we take the gift of flight for granted. 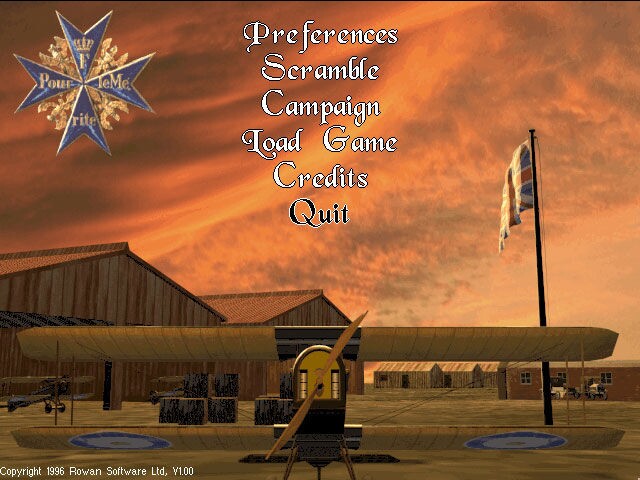 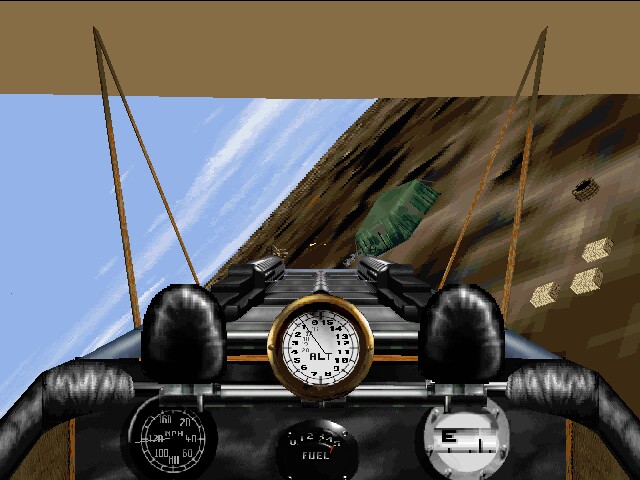