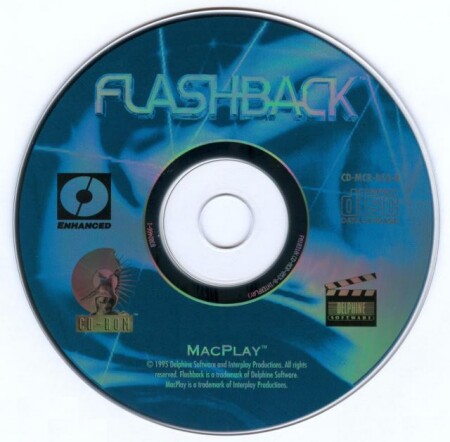 The Game
In Flashback, you play the part of Conrad Hart, one of a small group of scientists who has uncovered an alien plot to take over Earth by replacing its leaders with evil duplicates. Fearing for your safety, you make a holocube recording about yourself and your mission...only seconds before you are stunned and captured by the aliens. En route to prison, you wake up and escape on a jet cycle; unfortunately, the aliens gun your cycle down, which crashes and knocks you unconscious. A short while later, you wake to find yourself, alone, on Titan colony, a desolate jungle world, and with no memory of...anything! All is not lost, however - you still have your gun, and the holocube you recorded can't have gone too far...

Fans of the Prince of Persia series won't have too much trouble getting started with Flashback - the game concept is very similar to that of PoP, with the addition of more puzzles, items that can be picked up and used, and people to talk to and/or fight. The game is divided up into several levels, each with their own password, in which you escape from the Titan, try to return to Earth, then track down destroy the alien threat.

Delphine software definitely put a lot of time into the background artwork, and the character movement and actions were extremely fluid and realistic, considering this is an early 90s game. The sound was good as well - nothing spectacular, but good digitized sounds of gunfire, grunts and groans, background noise, etc.

Flashback offered many of the same features as Persia (i.e. climbing up and down ledges, finding the exit, etc.), but with the added bonuses of puzzles such as finding a key here, unlocking the door there, throwing stones to trigger pressure plates or to confuse your enemy, plus the arcade feature of blasting bad guys.

Every object in the game is labelled - if you run over a keycard or walk past a generator, Flashback will tell you. Conrad can carry as many items as he can find, but only certain items will be transferred from level to level. Conrad also has a personal shielding device that can take up to 4 hits, and can be recharged at Energy Generators scattered throughout the game. Another really neat device was a portable teleport pad which Conrad could place/throw, then later teleport to its location - great for getting into deep pits or "beaming out" of a losing battle.

Flashback has another feature that I completely forgot about until the end of the game - the ability to "zoom in" on the action. It wasn't an especially useful feature, since by automatically enlarging or reducing the screen's magnification, it was easy to get confused as to where you and/or your enemy was. There wasn't any real reason to magnify the screen, either, so you won't do yourself any harm if you don't use this feature.

In the end Flashback is a good action game arcade game, with lots of solid puzzles, and should appeal especially to those who enjoyed Prince of Persia 1 and 2. Replayability is fairly high, but since there are only a few, very long levels and since games can't be permanently saved, make sure you plan to spend lots of time in front of the computer during one sitting. 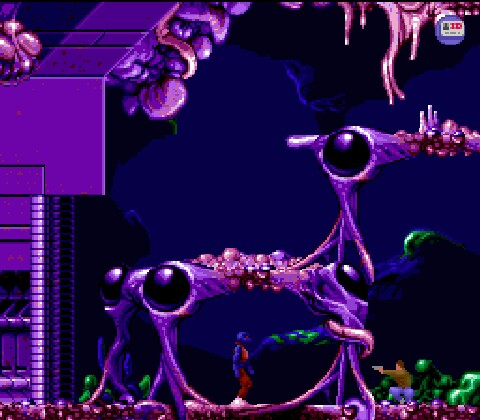