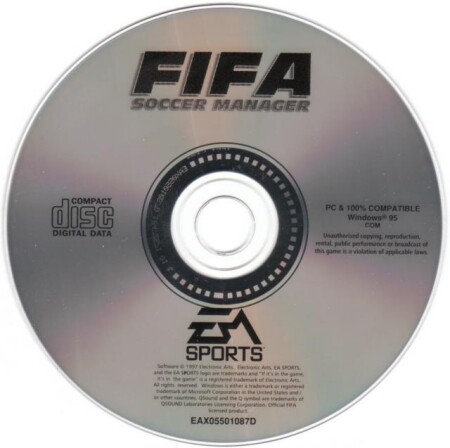 The Game
FIFA Soccer Manager is EA's first venture into the market of football managers. With a line-up of twelve leagues in five different countries (England with four divisions and Germany, Italy, France and Scotland with two). The calendar follows realistically how the competitions develop, so expect a Winter break in Germany, a September league start in Italy and many weeks with double fixtures in France. The database, composed by over 7500 players, also includes some European sides, and the three European competitions are present.

Managers can improve their team by training them or simply acquiring new talent to the line-up. While the game misses pre-defined tactics, each player can be assigned to a position freely. It's also possible to set team orders, style of play and change the coverage of each position.

One of the key features is the stadium builder. With it, it's possible to customize the stadium block by block, instead of the usual stand by stand. Over 300 individual pieces, from stands to roofs can be used to build different stadiums. The total of seats are defined by the initial size of the club, some of them able to build stadiums with over 400'000 seats. Different kinds of stands also allow for more concessions (stores inside the stadium) to be built.

Games can be instantly generated or seen with an isometric 2D engine. Not only players follow their orders and suit their positioning correctly, but the state of the pitch graphically displays exactly how well have you been treating it and there are empty seats showing if there isn't a full crowd. It's also possible to save a full match and review it later. 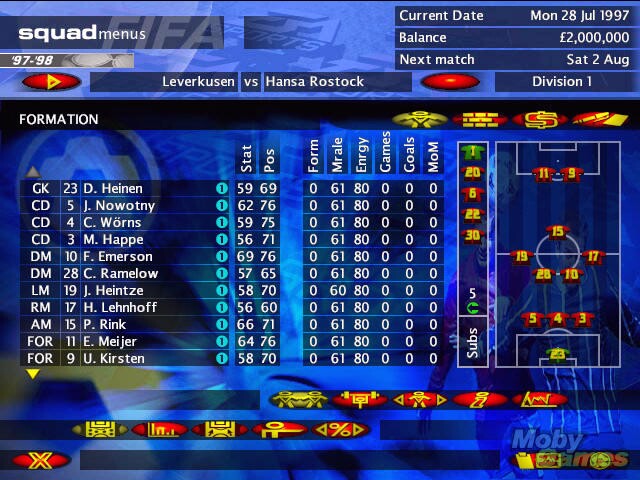 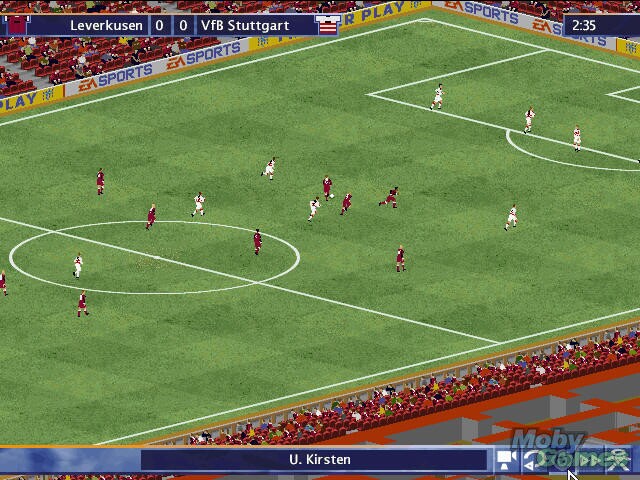