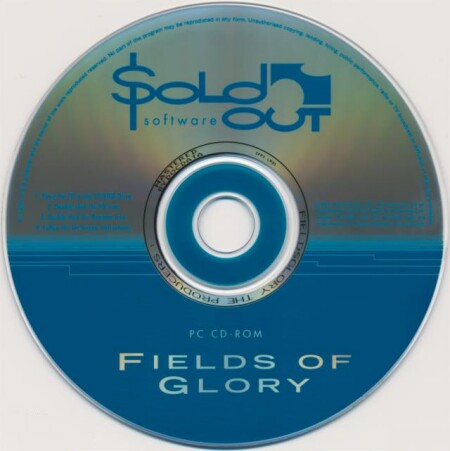 The Game
Fields of Glory is based on the historical battles fought by Napoleon Bonaparte and his armies, including the famous battle of Waterloo. Some of you might think you know all there is to know about these battles, but you will soon learn you only know the tip of the iceberg. The game supplies you with extensive information about each type of unit, formation and weapon, and a background for every person in charge, detailing their name, family ties, rank, age, experience and more. The historical aspect of the game is truly magnificent. This game alone serves you enough material to complete a doctorate on Napoleon and his warfare!

Microprose cooperated with many historians and experts in order to make Fields of Glory as realistic as possible. You can choose to play either Napoleon himself or his opposition. The objective in the game is, of course, to crush your enemies and see them driven off the battlefield, while minimising your own losses. This might seem easy enough, but you will soon learn that it is easier said than done. After the battle is over you see some statistics and receive your score.

You have three types of units; Artillery (cannons), Cavalry (horsemen) and Infantry (soldiers). Some of you might be familiar with these types of units from such games as Civilization and others in the genre, and therefore know that the difference between defeat and victory is to use the correct unit against the enemy (for instance, cavalry excel against infantry).

There are numerous formations in the game, and a cavalry charge can easily be defeated by use of the correct formation, so don't take anything for granted.

The game can be compared to a game of chess. For every attack there is a counter-attack. For every piece lost on the battlefield, another gains a superior position. It does not matter how many more units you have than your opponent. If the opposition knows all the capabilities of his units, he will win. 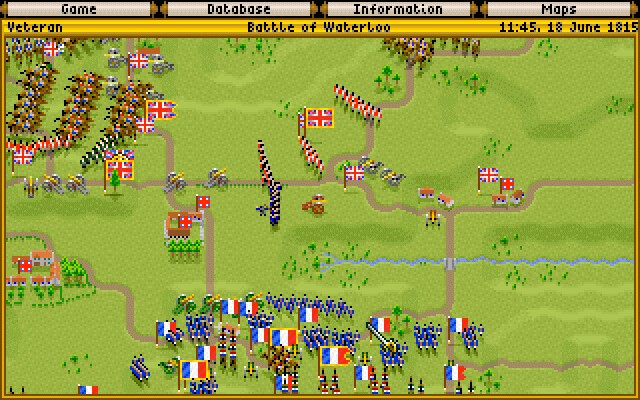 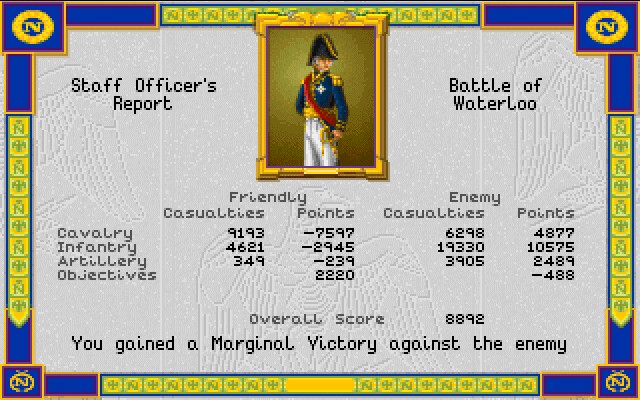