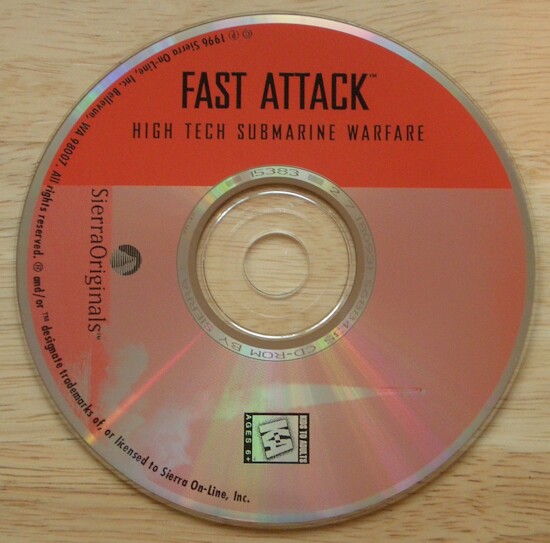 The Game
The game has a good set of tutorial missions and the gameplay manual steps you through three of them to allow you to develop a feel for the interface. You have quite a few mission theaters to choose from, including the Sea of Japan, Mediterranean, and the Persian Gulf. The program offers three levels of difficulty, so you can play for fun or for real. The missions have a two hour time limit, which some players don't like, including yours truly. Time limits force a player to conduct his operations in a hurried manner--unbecoming of a platform that depends on stealth. You can use time compression to move things along or just enjoy the great music and plot in real time.

The games I played in Fast Attack were very enjoyable. You get a sense of authenticity playing this sim. There is no real time "map view" to allow you to cheat and locate targets. The only map view available is generated from the satellite intelligence and your sonar bearings, which could be accurate or not, depending on your skill in tracking contacts. This is a plus for realism. Your torpedoes are wire-guided and will acquire when they come in sonar contact with a vessel. You better be sure the vessel you target is the enemy, because your ADCAPs have no qualms about taking out friendlies and oil rigs. When you are assigned a long range strike, you access the satellite bearings and launch Tomahawk cruise missiles from your vertical launch tubes. When one of your torpedoes or Harpoons does successfully reach a target, you are given a video cutaway of the action. You wouldn't be able to witness the demolition of a light cruiser in a real sub, but it's still pretty neat to see your handiwork. And you cannot fasten a camera to your torpedo and guide it to the target by sight. You see only what a real fast attack sub captain can see, nothing more. Sierra hits the mark in this department: no cheats. You see the 3D views only when your weapons are destined to strike.

One feature Sierra/Software Sorcery omitted to include is the Save Game option. When you begin a mission in Fast Attack, be prepared to struggle through in one sitting. If you are torpedoed mid-mission, or if you take out a pleasure boat by mistake, there's no reverting back to a previous saved game to fine tune your performance. While that can be considered acceptable from the perspective of realistic gameplay, it's tough when a neighbor drops by for a visit or you need to run an errand. If the phone rings, you can pause gameplay, but you cannot save. And it goes without saying: no save, no auto-save. So if you make it through most of the mission with resounding success and the program crashes, you are outta luck buddy.

The measure of realism in Fast Attack is unmatched. Radio messages are formatted authentically, the missions are challenging, there's even a static display of the control room with crewmembers at their stations. The sub's handling characteristics feel right--depth changes at 4 knots take a while, but when you're conducting evasive maneuvers at 32 knots she turns and burns. Manning all the stations under combat conditions is a real handful. It would be nice if there were more optional crew assistance. Nonetheless, Fast Attack will make you or break you, and you'll relish every minute of it. 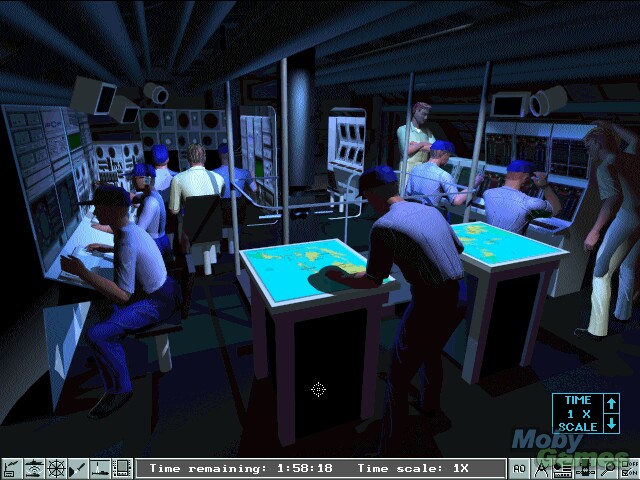 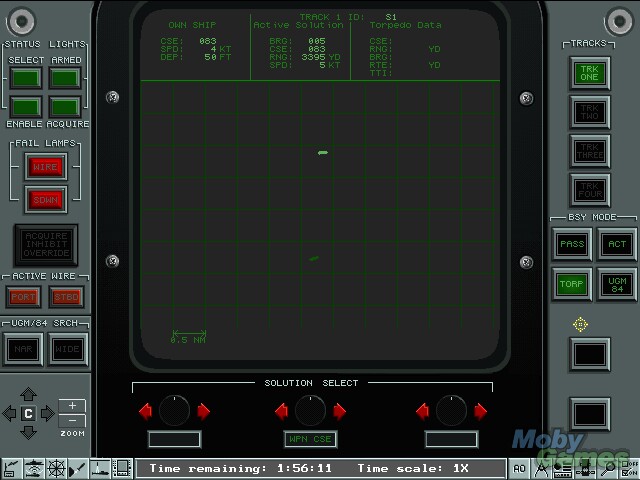