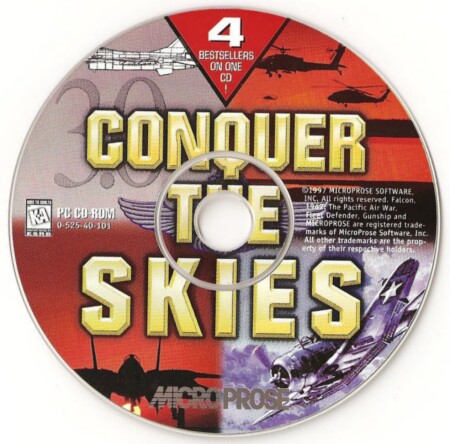 The Game
Fleet Defender fully models both the front and rear seats of the Tomcat, and both can be used to the fullest. The front seat piloting position and the rear seat RIO (Radar Intercept Officer) positions have fully modeled control panels and displays, and learning how to use and utilize all this equipment will be crucial to success.

Each campaign has multiple branching mission trees that create a dynamic campaign of sorts. The success or failure of these missions will determine where the campaign goes, so a pilot must be on their toes throughout the mission. There will be many challenges awaiting you, and only through tactics and use of wingmen can you hope to survive.

F-14 Fleet Defender is an F-14 Tomcat simulator, pure and simple. This is a plane that hasn't really gotten the attention it deserves, having a long a successful flight record. Thankfully, some designers over at what once was Microprose decided to give this plane the treatment it's due in F-14 Fleet Defender. The original F-14 Fleet Defender was praised by players and critics alike for its great modeling of the plane itself, as well as some fantastic carrier operations. With its popularity, an add-on pack was released that added more campaigns and a mission builder. Finally, we now have the Gold edition, which has everything I just mentioned plus a large video/multimedia component that includes video tutorials and informative pieces on the Tomcat itself.

Once you've begun the actual game, you're presented with a menu with some choices. These are instant action, campaigns, mission builder, and options. The options is where you'll want to head first, as its here you'll calibrate your joystick and set graphics and sound options. Once you've set your options, you can try an instant action mission, which basically throws you up into the sky with a bunch of baddies and lets you have at them. This is good for practicing and getting a feel for the numerous controls.

The campaigns take place in locales like the Oceana training area, the Mediterranean, or the Middle East. You'll probably want to begin with the training campaign, as it covers a lot of ground and really helps one get comfortable with the controls. Once you've completed the training program, you can take part in numerous other campaigns. The campaign structure is a randomized branching tree structure rather like Wing Commander. Missions are dealt based on success or failure of the previous mission, and while the campaign order is scripted, the missions themselves have enough random elements to make it feel more dynamic. The campaigns are most likely where the pilot will spend their time, as they're long. The campaign missions can get somewhat repetitive, however, due to the limited role the F-14 plays in overall carrier operations, but rarely are they boring. 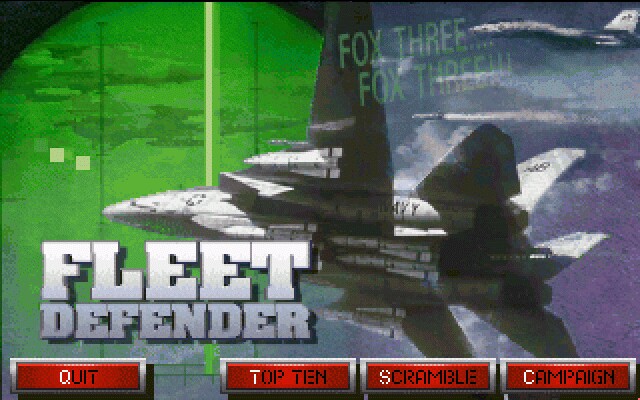 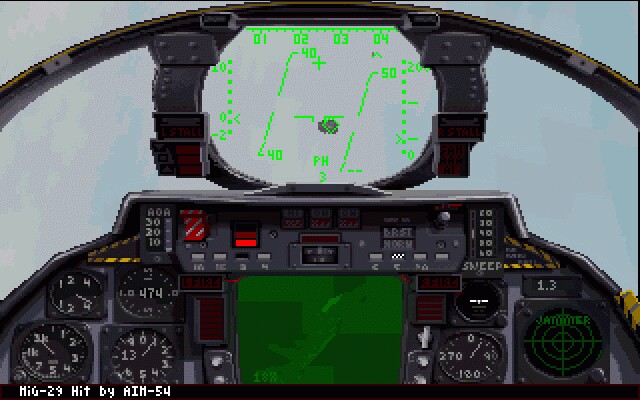