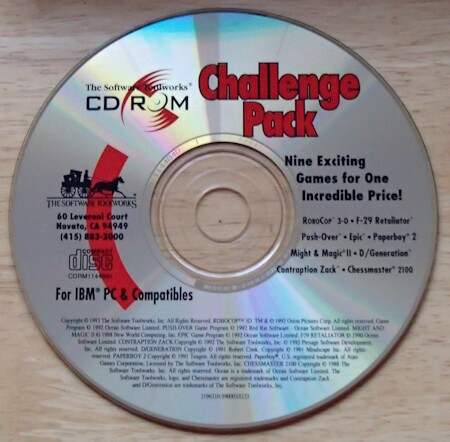 The Game
Funny how the fate of all people always rests on one person's shoulders. The sun is about to turn into supernova and huge spaceships are evacuating the whole population of your home planet. Unfortunately the best escape route from the disaster leads straight through the heart of the Rexxon Empire: and they won’t like a gigantic starship fleet crossing their space. Even the violation of the „neutral zone“, as the intro states, is an act of war. So let there be war! You are the best fighter the humans have, and you are to fly a new kind of small ship, a golden one.

After the intro you can enter a name and a call sign, both used for the high score. The screen also offers the possibility to enter an “entrycode”: if you are missing in action you get this code to start at the last part of the last attempted mission. As I said earlier, there are only eight of them, some with several parts. A mission begins with a detailed briefing that lists the mission goals. There’s no save option, but if you die you are awarded with a cut scene showing the havoc your failure brought to the human civilization … and the shortcut “entrycode”.

Missions mostly consist of flying around and destroying things or enemy vessels. Each mission has a time limit and shows you a percentage of how much you have already achieved. The first mission, for example, has two parts:

Buildings that get you points in destroying are shown as yellow dots on your radar while enemy defending units are red dots. Blue dots are friendly or not dangerous. – It’s usually a good tactic to follow the roads on the ground, they will lead to buildings.

The cockpit holds no secrets if you played similar games. The upper part is your cockpit view with a little red three digit box that is your compass. In the lower part there are your instruments: on the left you see three bars marked S (shield) F (fuel) and V (velocity), below them your earned points. In the middle is a radar in space or a mini map of a planet, on the right there is another radar, above it T (time) in seconds counting backwards, and C (completed).

Epic had fantastic graphics for its time and required quite a bit of horsepower to run. If you're looking for an early 90s space saga then Epic will fit the bill. 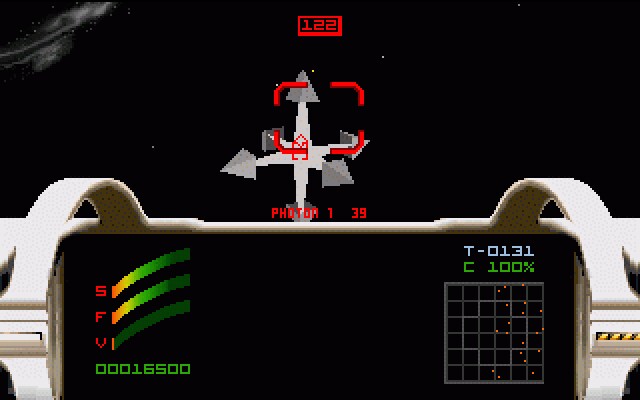 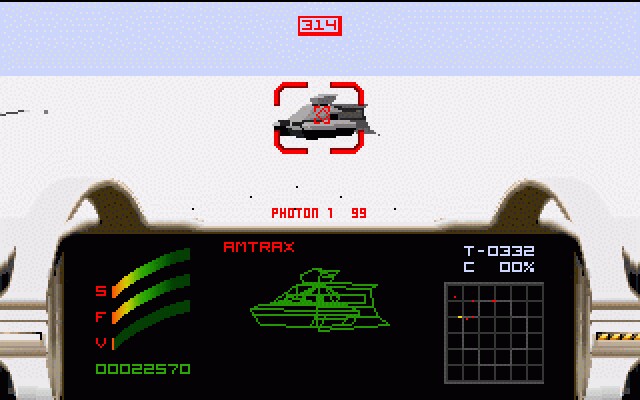