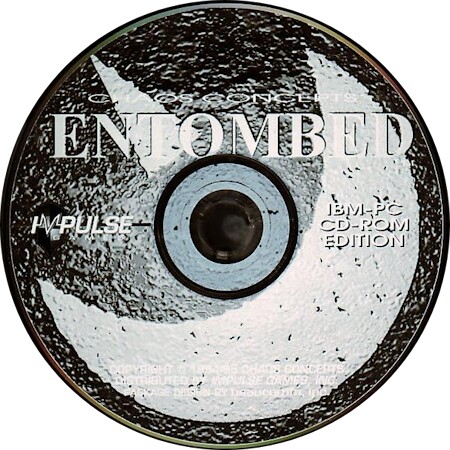 Actual Game
The Game
Entombed features many fiendish puzzles as part of the unusual setting for a fascinating background story, and the game should keep anyone who loves puzzles engrossed for a long, long time.

You are an archaeologist looking for artifacts in a remote section of Tarsus. But when you want to investigate some ruins in a valley that the natives call 'The Valley of Enlightenment', your workers are afraid and won't accompany you. Intrigued, you decide to look around alone.

You are searching through the rubble on the floor of what looks like a temple of some sort, when you partially uncover a large unfamiliar symbol. Excited, you begin to brush away the dirt and debris. Suddenly you hear it 'click', like the tumblers of a lock falling into place, and the sound of doors opening. And before you even have time to react, a trap door opens under you and you find yourself falling into the depths of the earth.

You land with a thud on a cold hard stone floor. You can see light from the hole far above you and a book on a ledge. It appears to be the journal of an early explorer who disappeared in this area a century ago, and he has left the book here to help others escape.

You are in a tomb, but it is a tomb unlike any you have ever seen before. It is more like a vast underground complex, built by a very ancient race of technologically advanced humans for some unknown purpose. Perhaps the 'enlightenment' that the natives whisper of.

The many chambers and hugh rooms spread out over 5 different levels with strange artifacts, symbols and machines. It is beautiful and pristine, the sealed environment untouched by the dust of centuries, with shiny marble floors, strange pools, soaring archways and even what looks like a cathedral.

What did they use it for? And why safeguard it so carefully from intruders? Where did they all go when they suddenly disappeared? And more importantly, will you now choose to find your way out ..... or to do what they did? Do you dare to disturb the eternal rest of the entombed?

Sun-Moon Puzzle to turn on the LightsThis is a 1st person, point and click game, with inventory and an auto mapping feature. But the interface does have an unusual feature which takes a little getting used to. It includes a window that contains your 3 allotted 'lives', your 'eye' to give you information on objects that you examine, and 'your other hand'(!) for doing things like holding a torch, using gloves, or joining 2 items (it is explained in the Help file).

The ray-traced graphics of this surreal environment are beautifully rendered, particularly considering when the game was originally produced. The music is good and unobtrusive (but you can turn it off if desired), and the sound effects are realistic.

But both the plot and the setting served only as a device to develop the many unusual and challenging puzzles. You are pitted against an ancient civilization's technology, and it is only by using logic to discover how it all works, while at the same time avoiding their lethal traps, that you eventually find the path to escape or enlightenment. And the only clues that you have are the suggestions you find in the diary.

The puzzles range from fairly simple to downright diabolical, with one toward the end that will almost certainly require a walkthrough. They involve everything from something as simple as learning how to turn on the lights or open doors to things like machines for dimensional transference, energy fortification, time travel and matter relocation. And there is a very difficult maze (haunted by an annoying, taunting spirit) that is 5 levels deep!

I do wish that they had included more about the enlightenment at the end. But in truth this is really a puzzle game ..... and as such, it is one that should challenge even the experts. 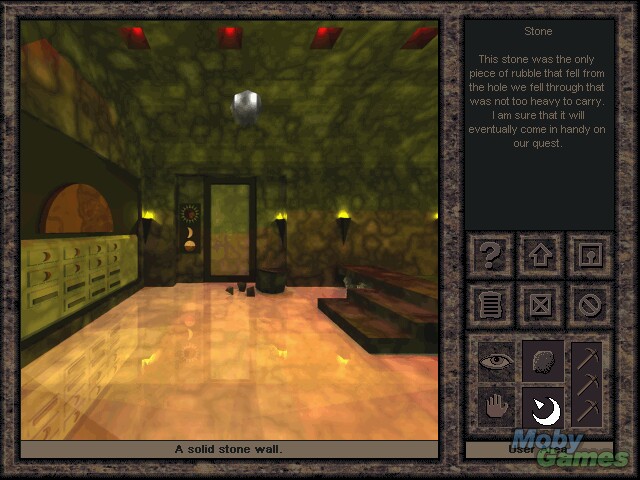