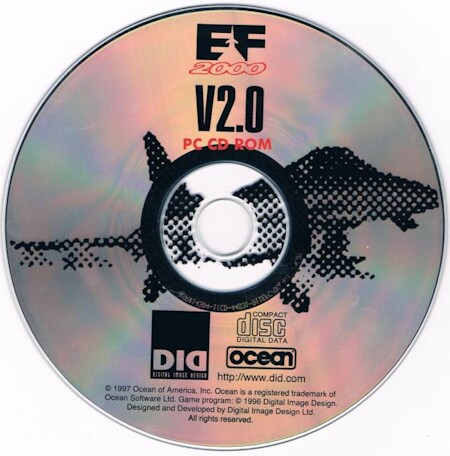 Actual Game
The Game
EF2000 2.0 is a simulation of the Eurofighter 2000, a multi-role jet fighter commissioned by a group of European nations, set to go online in the next century. It is a twin-engine, single-seater with thirteen hard points packing a wide array of cutting-edge smart weapons, including the S-225 stealth missile. The simulation of this extraordinary aircraft is by DID, who did TFX. It was easily one of the finest recreations of jet flight for the PC during the 90s.

Version 2.0 of this landmark game is the best-looking, most engrossing flight sim this side of Longbow. Many of the crucial problems from the original have been fixed, from oddball damage assessment to tepid wingman and enemy AI. Stability has been improved overall, though some sporadic crashes are still experienced.

The hallmark of EF2000 was its "look around" cockpit, which enabled you to look anywhere in the cockpit to inspect instruments or check your six. Version 2.0 smoothes these bumps and provides an interactive cockpit that is easy to look at and use. The 3D enhancements are most noticeable in the terrain graphics and special effects, which are stunning. You could spend hours just flying around the landscape looking at the scenery and during the summer of 1997 I did just that.

A more substantial change to the gameplay comes in the highly expanded tactical mission-planning mode. The campaign in the original EF2000 was already a leading edge dynamic system that created new missions on a constantly updated battlefield. With a new editing utility, you now have complete control over every element of the air war in this campaign. You can set the composition and loadout of the strike force, designate mission types, set waypoints and even altitude, and assign the individual targets for each group. A 3D image shows each target in a location, from buildings to units. You don't even need to fly the missions - you can just be an air commander. This is what simulations have been building to: unprecedented control over the battlefield.

More enhancements add further to the value of the package. A quick custom-dogfight builder has been included. Friendly and enemy AI is better. Weapons and aircraft performance envelopes have been completely overhauled. EF2000 is an embarrassment of riches. Realistic, good-looking, customizable, and complex, it reaches heights flight enthusiasts only dream of. 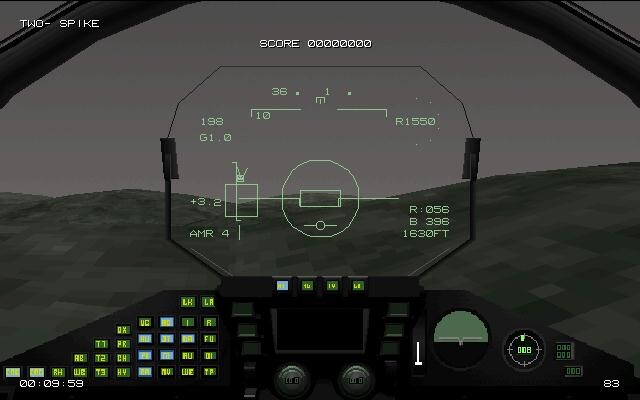 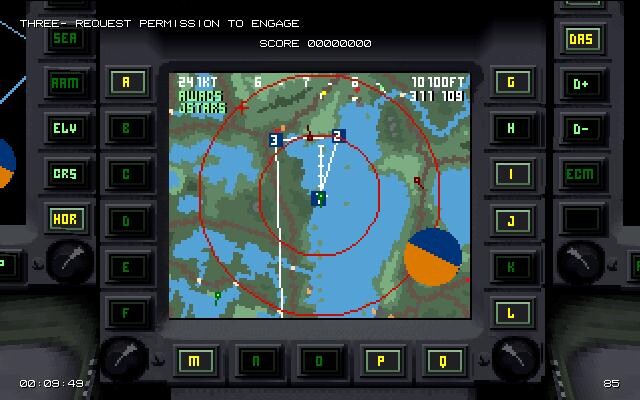