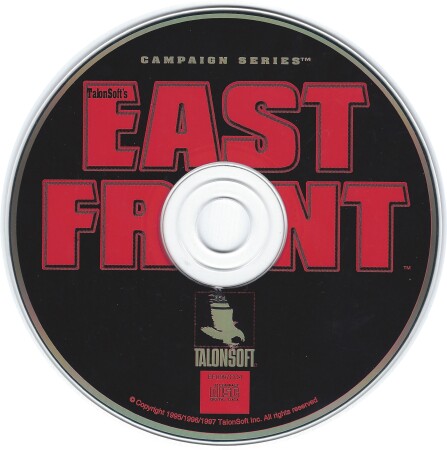 The Game
East Front is a turn-based game played on hex grid maps with platoon-sized units. Each hex equals 250 meters, and a turn represents six minutes of combat. Points for holding objectives and destroying enemy units are totaled at battle's end to determine the level of victory.

East Front was the most visually impressive turn-based wargame available at the time, and the sound effects and music were noteworthy enhancements. It features more than 50 historical scenarios, a campaign mode, and a random scenario generator. There's also a scenario builder, map editor, and order-of-battle editor.

With East Front, TalonSoft has built on experience from its Battleground series and added features that many wargamers requested. On top of that, there are significant improvements, such as a more intuitive interface and options for added realism. The confusing multiple-phase turns have been replaced with a more straightforward turn sequence. So what's not to like?

Though there's nothing revolutionary about the game's turn-based mechanics - old-timer board gamers will feel right at home here - East Front does a fine job of modeling the different types of warfare fought over the various types of terrain in the campaign, and that's no small feat. One long evening I fought a Kursk scenario, a Stalingrad scenario, and a Winter War scenario in succession, and I was struck not only by how much fun I was having, but by how different each of the scenarios felt. The Stalingrad scenario in particular was brutal, a slugfest amongst the factories and ruined buildings as the Germans assaulted with engineers and artillery and the Soviets stubbornly held on, infiltrating behind enemy lines when the opportunity presented itself. The Kursk scenario, on the other hand, was a wide-open shoot'em up with waves of tanks blasting away at each other. The game's interface is nicely done and unobtrusive.

My bottom line on the game is this: if you're at all interested in the Eastern Front or WWII you can have a terrific time with this game. 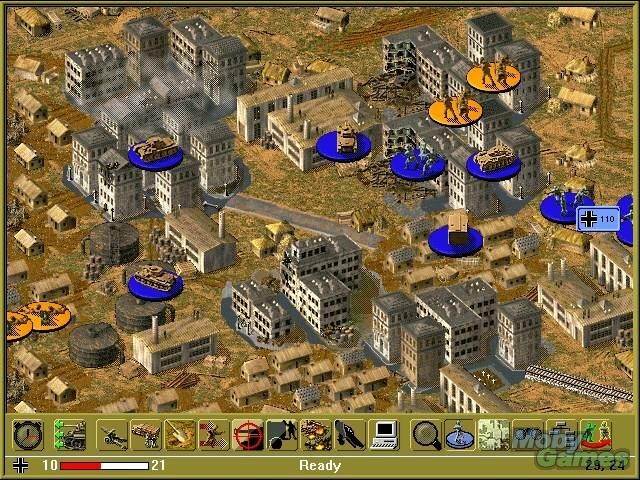 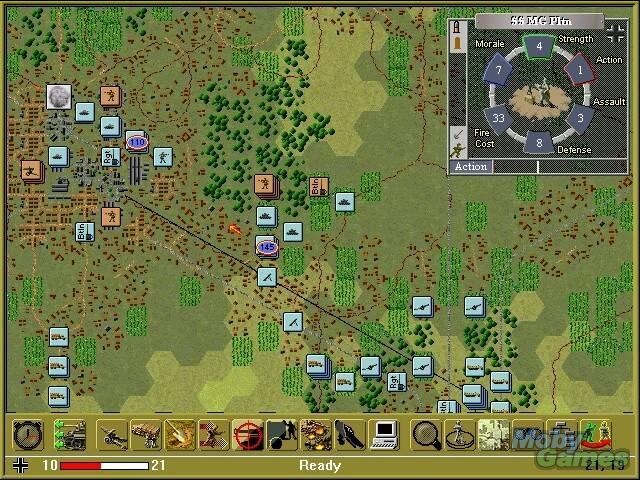