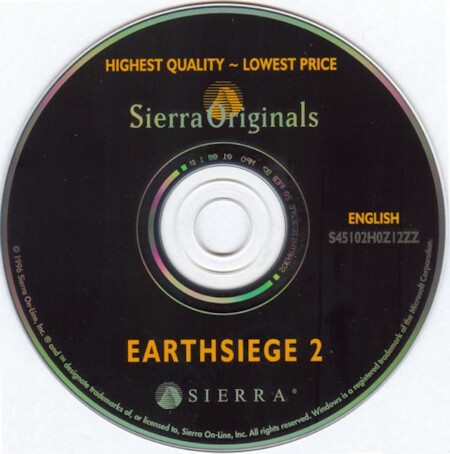 The Game
The story goes that humans created a race of self-aware, networked robots called "Cybrids". Initially, these robots worked in harmony with mankind, working in every capacity from agricultural to military. After a while, the military went too far with their use of the Cybrids, eventually leading up to a nuclear holocaust. When mankind was nearly wiped out, the now-sentient Cybrids decided that humans were a detriment to the well-being of, well, everything, and started waging war. The events of Earthsiege take place at what seems to be the lowest point of the war, with human-kind near extinction. At the end of the first game, all the Cybrids on Earth are either destroyed, or are exiled into space.

In Earthsiege 2 the Cybrids re-located to the moon, and are massing a large army to completely wipe out what little is left of the human race. It's up to the player to protect Earth, wipe out the Cybrids, and destroy the controlling A.I. "Prometheus", located on the dark-side of the moon. The game starts with the player taking on the role of another Rookie pilot in "Alpha Sector", the eastern half of the U.S.

Prior to Earthsiege 1, everything on Earth was destroyed in nuclear winter, and the developers went out of their way to show it. Even though the game is separated into 4 acts (U.S., South America, Asia, and the Moon), there is enough brown, post-apocalyptic landscape to make any modern game look bright and colorful. The ground is brown. The sky is brown. The mechs (sorry, HERC's) are brown. The buildings, both friendly and otherwise, are brown. The only things that AREN'T brown are the Cybrids and the moon landscape.

The gameplay is really satisfying. The missions, despite being set in very similar locations, all have a slightly distinctive feel to each of them. From doing patrols, attacking an enemy base, deflecting an attack on your base, hunting down transports, and downloading virus's into aforementioned listening posts; all of the missions require a different strategy to complete.

One of the clearest parts of the game where strategics comes into play is setting up prior to missions, particularly in weapons selections. EarthSiege requires you to pick weapons based on a balance of firepower, ammo capacity, energy consumption, reload time, and the cost to repair/replace it should it be damaged. While it seems simple at first, it gets much more tricky later in the game when enemies start shooting the weapons off of you before they destroy your HERC. Energy weapons drain power, preventing shields from recharging. Chain-guns don't use power, but they either do a pathetic amount of damage or carry very little ammunition.

The same goes for building and using the HERC's.You can build light, fast HERC's that carry few weapons and have little armor, or you can build gigantic, heavily armored monsters that carry many guns; but they cost loads to build and arm, and move about as fast as hardening syrup. Fortunately, the developer decided to make the game fair, and carries the same principles over to the enemy side. The only time this balance is NOT present is when, in the 5th mission, you are tossed into a flying HERC (called the "Razor") that carries almost no weaponry, has armor made of duct-tape, and is so clunky to control that you'll kill more Cybrids by hitting them than shooting. I wish I was making up that last part.

All in all Earthsiege 2 is good fun, combining simulation and action elements effectively and having enough of a supporting layer of strategy and storyline intrigue. 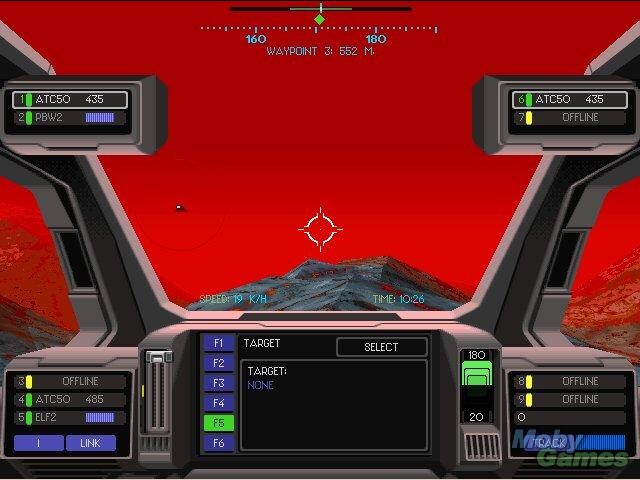 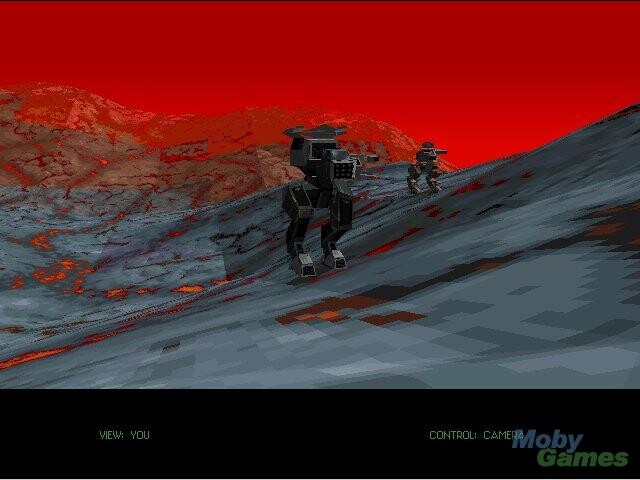