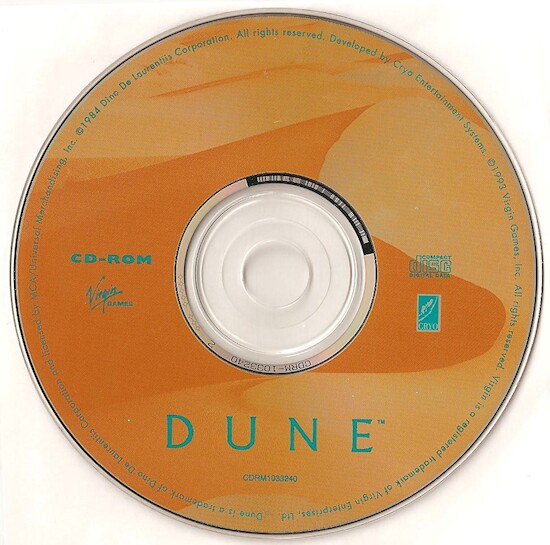 The Game
Dune, based on the novel by Frank Herbert and the movie by David Lynch, is a game reminiscent of Civilization. You play the role of Paul "Muad'dib" Atreides, and your objective is to defeat the Harkonnens led by the evil Baron Vladimir Harkonnen and his nephew, Feyd-Rautha. The conquest of the Planet Arrakis, however, is only one element of this game. While you are fighting the Harkonnens, you must mine spice because the Emperor Shaddam IV will ask for a shipment of spice every so often. You must also explore the desert planet to find the Fremen tribes who will help you win the battle against the Harkonnens. There are other sub-plots taken from both the novel and the movie. However, you do not have to have any previous knowledge of either to play the game.

Looking back on the game it is obvious the artists spent a long time reading the novel and watching the movie to get all the little details. For example, a 'thopter really does look like an insect as described in the novel, and Gurney Halleck proudly sports an inkvine whip scar on his cheek. The pictures of many of the characters are taken from the movie. But Kyle McLaughlin is the only one appearing as he is. (He is even in the credits!) The pictures of other characters are somewhat changed, but they do resemble the real actors in the movie; Sting and Feyd-Rautha, and Patrick Stewart and Gurney Halleck, for example. The background scenes are as well-painted as the characters themselves. The sky changes color to show the change in time, and the ground-to-air battle scenes seem to be taken straight from the CNN coverage of the early 90s Gulf War.

The game itself is an adventure/strategy hybrid. You must explore the desert to find the Fremen tribes who will help you. Then you assign them to one of three tasks. The trick here is balancing the number of military units with the spice-mining units because on Arrakis, spice is money. You need spice to pay for your equipments and to appease the Emperor. The game ends when you conquer the entire planet. 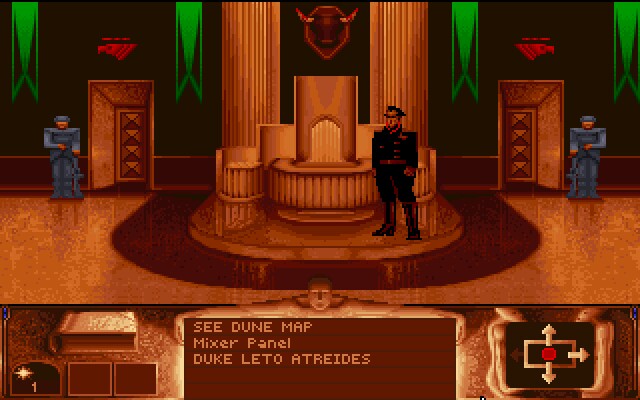 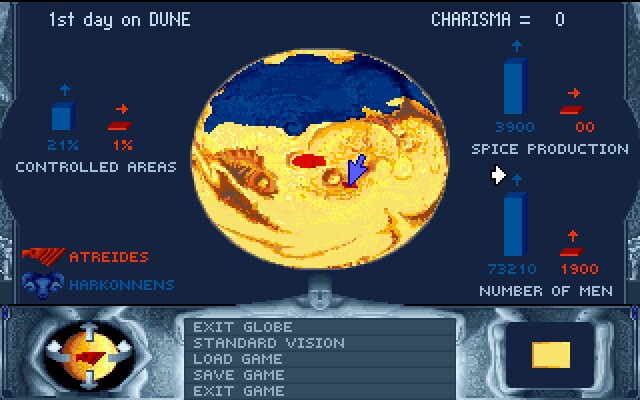 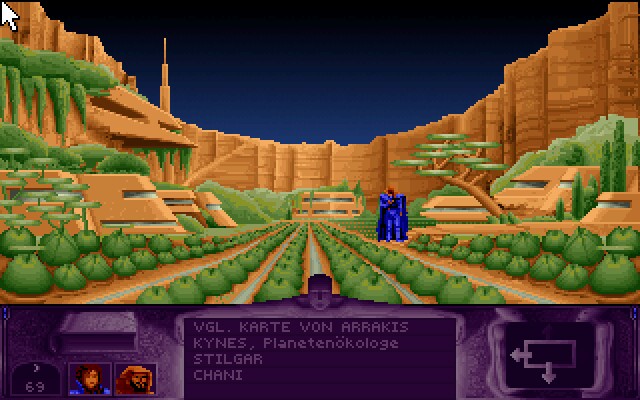 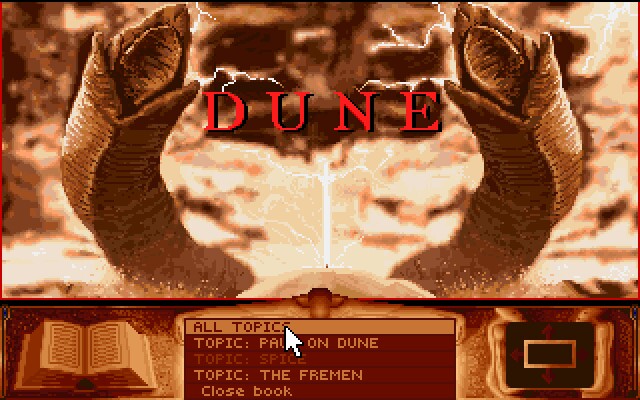