The Game
Alien influence on human civilization is the subject of this dark and unusual game. The game's creator, Harry Horse, has observed that a common thread appears to run through all of the esoteric literature and unexplained events of the past, and his conclusions are grim. He states that we've been deliberately fed a lie for 40,000 years, that there is an ancient and terrible secret and he has designed this game to expose it.

The story begins in the mid-1800s, and you have just received an inheritance from an unnamed benefactor. When you arrive at the deserted house to claim your bequest, you find a beautiful room-size spinning globe. A door on it opens and you step inside to discover untold riches... precious gems and ancient priceless artifacts. But when you try to leave with them, you find it is impossible.

There is a strange machine here, an ancient valve-driven computer that asks for your name. When you enter it, the computer uses numerology to figure out your sacred soul number and sign, then gives you a synopsis of your outstanding characteristics, as well as a brief rundown of your major past lives. It also tells you what your mission is in this life...

You are told that you must travel back through time within the occult psychic worlds of Earth, Air, Fire and Water. There you must find the missing sacred relics that will unravel the conspiracy of the ages and expose the great secret... the 'true' history and future of mankind!

This is a linear, 1st person, point and click game with a smart cursor, small inventory and multiple endings. The mood is deliberately sinister and foreboding, with both locations and characters designed to evoke dread of imminent lurking horror. The graphics are lush and wildly imaginative, and are painted in rich deep colors. The music by Miasma is eerie and poignant, and varies with each location. But unfortunately the loops are too short, and there are no options for turning it off, so it can become irritating if you're stuck in one location for too long.

The plot ranges freely across time, touching on such widely disparate subjects as the Ark of the Covenant, the Great Pyramids, the Holy Grail, Atlantis, Stonehenge, the Illuminati, the Philadelphia Experiment and the Roswell Incident. And the many locations are filled with surreal allegorical or symbolic images, like an armless torso of armor, or a lonely diner in the four corners region of New Mexico on Route 666 (yes, there is such a road there... it's called 'The Devil's Highway'!).

The few characters that you meet are distorted, yet disturbingly real... from the twisted face of Morgan le Fay to the threatening ugliness of a Pigman. And if you examine everything, you will also see many strange videos and cut scenes that have been designed to both increase the dark mood of the story, and to tie all of the different threads together.

The game is a veritable feast for puzzle lovers, with many unique and devious ones of logic and strategy included... the Newton/Einstein dialogue is just one example. The puzzles are not really part of the story, but they must be completed in order to progress. As a reward for completing one you receive a Tarot card, also symbolic, which then gives you access to new areas. Most of the puzzles are doable, but there are a couple, like the Knights Templar puzzle and Nine Man Morris, which are extremely difficult, allowing only a certain number of moves and/or pitting you against the computer.

It is an immersive game, albeit a depressing one, and it raises some interesting questions. Does Mr. Horse achieve his stated purpose in making the game? Well despite making the mistake of trying to be too all inclusive (see his extensive bibliography), and freely misquoting his sources at times, he nevertheless does manage to increase awareness of the common thread that seems to run through certain literary works and strange events of the past. But just what the real truth is behind it all... still remains to be seen. 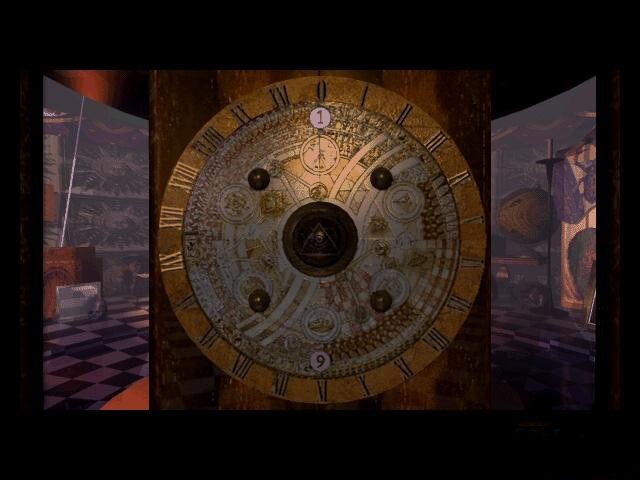 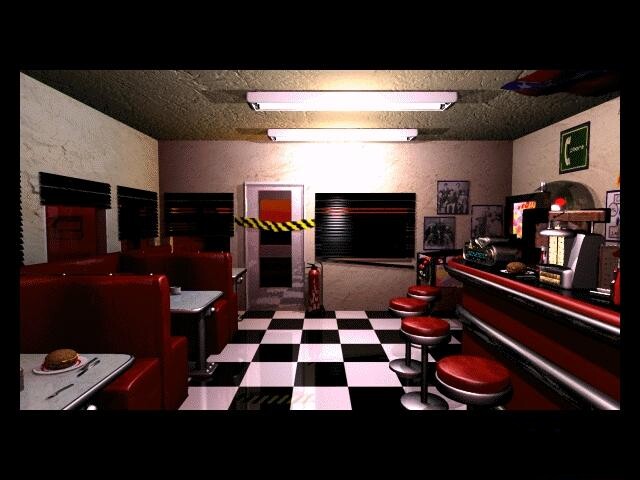