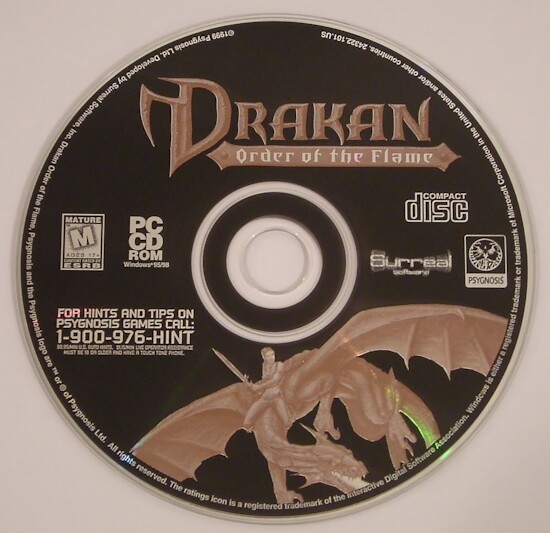 Actual Game
The Game
Drakan begins innocently enough with our heroine, Rynn, and her younger brother, Delon, strolling through a picturesque Norman Rockwell forest engaged in an animated conversation. It is quite clear that Delon reveres his older sister, and this respect and admiration between siblings will soon fuel the plot as orc-like beasts are invading the countryside cutting a bloody swath of death and destruction. Rynn is beaten into submission, and Delon is taken prisoner. Before his death, Atimar, the village priest, informs Rynn about the Order of the Flame, a society of elite warriors who were soul-bound to the ancient dragons. Rynn must now find the hidden lair of the dragons and then waken and soul-bond with a reluctant Arokh. If you are not already hooked on this game by the time you find your scaly friend, then you will be the first time you mount Arokh's back and take to the skies. And what a ride it is! The scenery invites you to swoop through snow-capped mountain tops and skim the glistening ripples of shimmering water. It is guaranteed that whenever you enter a new environment (or level) you will feel a strong need to explore the area fully from Arokh's point of view until unexpectedly an opposing dragon swoops from the clouds and fries you to a crisp--a subtle reminder that there is a world to be saved and a game to be played.

Combat is never the nuisance it could have been thanks to a subtle engine that allows leniency both for players like me who rely more on brute force and the more skilled player who enjoys using special combo moves. Rynn has at her disposal the usual itinerary of medieval/fantasy weapons--scimitar, greatsword, battle axe and rune sword--and enough armor and health potions to progress smoothly through the levels. Your weapons will take damage. A blinking icon alerts you to your weapons' limited endurance and provides you with the opportunity to switch weapons before their power diminishes. I will admit I used a "god" code so I could concentrate more on playing the game without fear of dying and rebooting every 15 minutes. For an impatient and easily frustrated adventure gamer like myself, this was fine and did not detract from my enjoyment of the game one iota. The area in which the combat really shines though are the aerial battles. Air-to-air dragon combat is frustrating at first, but once you have the lay of the keyboard down you will find yourself circle-strafing and breathing flame at your opponents with the greatest of ease. In fact, I think the biggest thrill I had in the game was spotting a group of monsters attempting to flee through a hidden valley passage and quickly and effortlessly sweeping over their surprised heads while launching a steady stream of flame.

So in a world populated with Tolkien-esque creatures--wartoks, orcs, succubuses, scavenger hordes--3D sound from waterfalls, crickets, thunder and other natural elements; and an improbable teaming of woman and dragon that make the two seem inseparable--what is there not to like about this game? Honestly--not much. Drakan is a game for the history books. 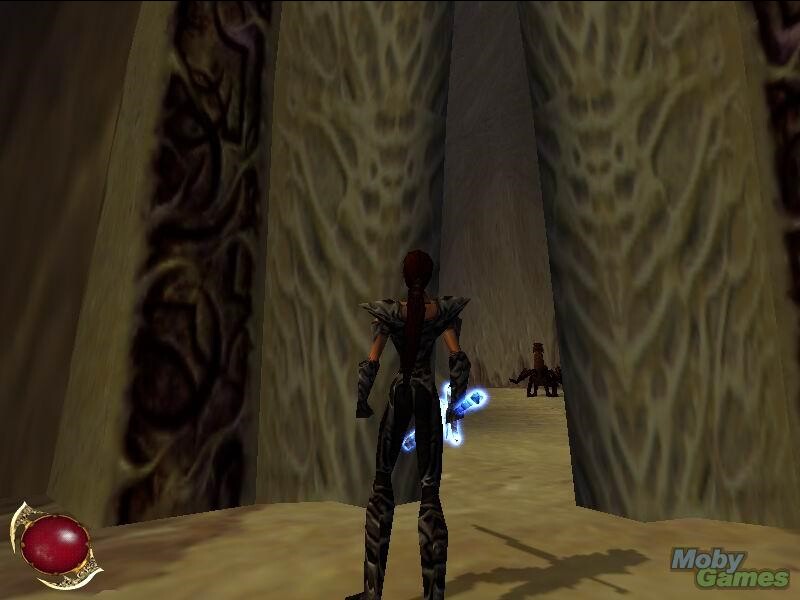 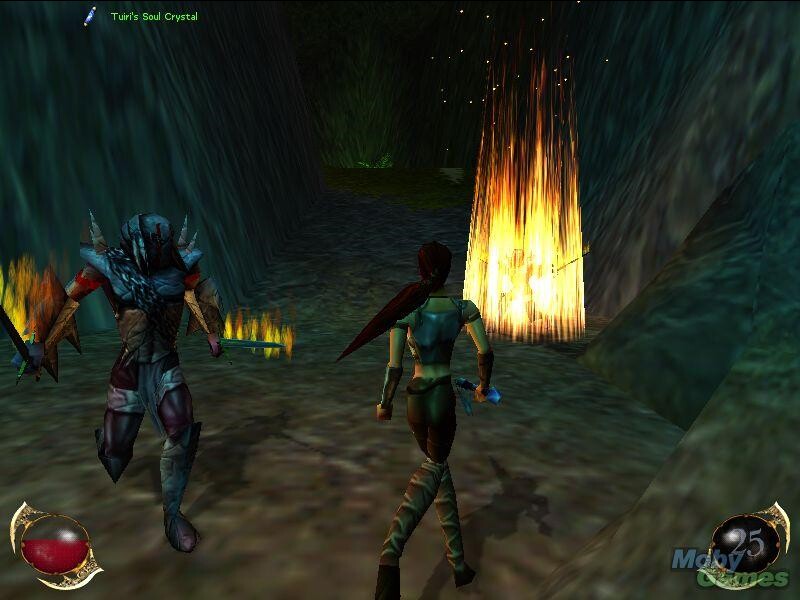