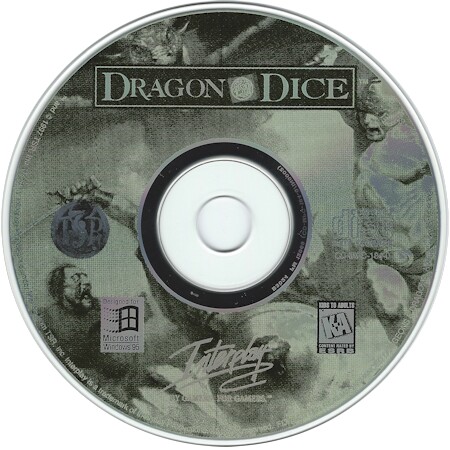 The Game
Dragon Dice begins with slow pans across fantasy style oil paintings of contemplative elves fletching perfect arrows and muscular dwarves forging the tools of a mortal struggle. Area maps follow the fantasy game archetype, as do the battle and spell screens. Conversely, the renditions of post-roll simulated combat border on the ridiculous. The soundtrack is the best part of the game: Epic and symphonic, it's the perfect segue to the actual gameplay. The physical rolling of the dragon dice is another high point - the act of frantically shaking a mouse around to roll dice is a treat for those of us who still believe the method of dice rolling can positively effect the outcome.

Your objective in the game of Dragon Dice is to take and hold territories from your opponents via turn-based, die simulated combat and wizardry. Each die represents a member of your army and its focus (magic or combat). You group dice in pools and roll them to launch attacks, cast spells, defend attacks, and counter maneuvers. In the right place, with the right rolls, your magic dice can summon Dragons, which have beefier spell and combat abilities. The larger a die, the more points it can score for your side. Attack and defense points are tallied at the end of each combat round. Then the appropriate side assigns his damage, possibly having to take dice out of the appropriate attack pool.

The attention to detail is evident throughout the game. There are four races and there are dragons. They all derive their strength from the elements: Water, Earth, Fire, Air, and Death. One takeaway is knowledge that terrain can affect the point totals after the dice are cast. Each game can be played against live or computer opponents or in campaign mode. Most scenarios occur on a small map where you start with three armies and fight for ownership of two or three spots on a small map.

Interplay's adaptation of Dragon Dice is an improvement on the original and will keep fans of the genre entertained. 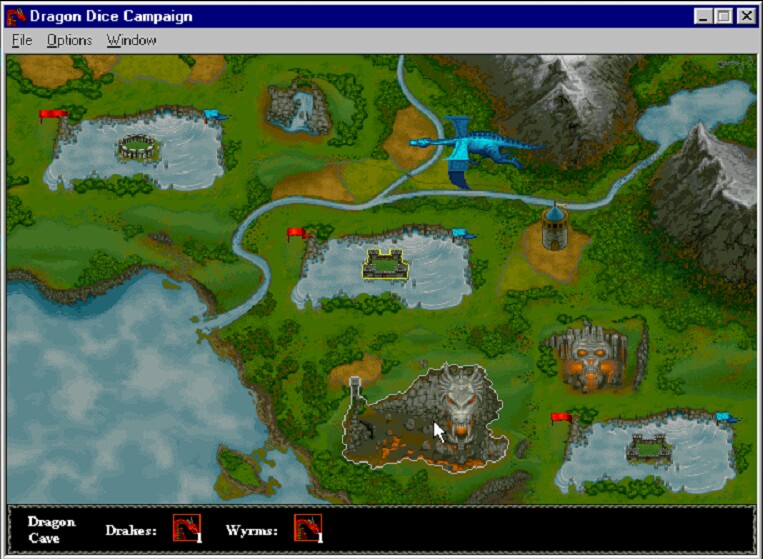 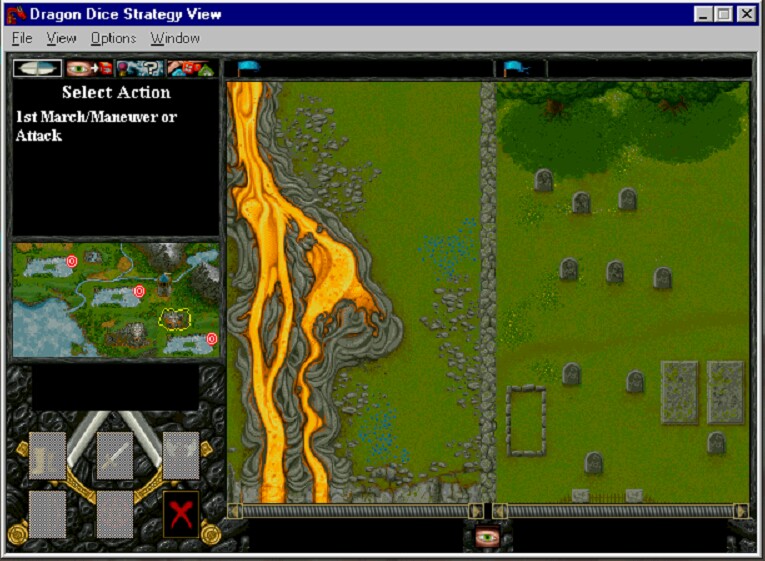