The Game
Everybody appreciates a good villain. In fact, most modern games today would be hard to imagine if the stalwart protagonist didn’t have a vile opposing foil to play off of. But no list of villains, no matter how much it reads like a Who’s Who of detestable dastardliness, would be complete without the grandfather of them all: the Prince of Darkness, Vlad the Impaler himself – Dracula.

And what better time to revisit the roots of the long-running point-and-click horror series? With a two-part sequel just released, let’s travel back to the year 2000, when it all began… or rather, when Dracula: Resurrection picked up where Bram Stoker’s original novel left off.

As it turns out, Resurrection is more of a well-presented, fun and atmospheric diversion than an epic trek into the depths of hell, but there are some noteworthy positives along the way. It does come up lacking in length, however. The game’s straightforward approach to puzzle solving and inventory management made it clock in around four hours for me – and that’s counting an entire hour stuck on a single puzzle late in the game!

The problem of continuing a story in which the title character has already been killed off is solved with little aplomb or ingenuity: Six months after having been slain in the mountains of Carpathia, Dracula inexplicably rises from the (un)dead. His first order of business is to abduct Mina Harker to his remote Transylvanian castle lair by means of the link the two share, due to Mina having previously been bitten. Enter the knight in shining armor, Jonathan Harker, who will stop at nothing to retrieve his missing bride. If this sounds a tad familiar, that’s because it is. Although the plot setup is rather hackneyed (copied almost verbatim from the original tale), it seems appropriate enough given the franchise the game is based on.

Dracula: Resurrection uses a first-person view to handle navigation. The player moves through static scenes to explore both indoor and outdoor locales, interacting with hotspots and clicking navigation points to advance a few steps in a given direction. The panoramic camera lets you rotate in a complete 360° view at each stop, but actually traveling often becomes a bit annoying – I was repeatedly forced to maneuver through several screens within a room to get to its exit, even though I could clearly see the door from my starting point. This forces you to spend time memorizing the layout of where the on-screen hotspots are in each area to expedite navigation.

Jonathan’s harrowing journey is split into three main sections of exploration: the nighttime forests surrounding an isolated Romanian inn, an abandoned underground mine system, and Dracula’s forbidding castle itself. The game’s visuals won’t take your breath away, but they certainly convey the proper foreboding mood. Nothing spells “ominous” quite like seeing a bird nailed to the top of a graveyard cross, or opening a subterranean dungeon door only to see a hooded shape enshrouded in shadow directly in front of you. Of special note are the character models that feature in the game’s cinematics; being confronted with the homely innkeeper’s pallid, warty face, fine red capillaries showing, early in the game lent the character some visual personality.

The vampire lord himself takes a bit more of a backseat, generally preferring to let others carry out his orders rather than directly intervening himself. His appearance does make an impression, however; gone are the garish cloaks and flamboyant attire he is sometimes depicted in. Clad in solid black from head to foot, with a strong brow and charcoal-colored complexion, even with limited screen time, he looks the part of somebody who’s not to be crossed.

Even more than the graphics, the game’s soundscape really transports you into its world. From the music – which only pipes in at key moments in the game, but perfectly imitates Wojciech Kilar’s movie score when it does – to the ambient sound effects, Resurrection delivers a top-notch aural experience. While the game isn’t particularly scary, I did feel a slight chill when I set foot in a ruined graveyard, miles away from the nearest dwelling, and heard a wolf’s howl rise up in the near distance, immediately answered by several more close by. Less poignant but equally impressive are things like cobbled-together wood planks groaning under your feet and barely audible human whispers in the dark depths of the mine. (Though I do wish that someone had told the designers that bats do NOT sound like your Aunt Gertrude making smooching noises while pinching your cute, chubby cheeks!)

Most of the game’s major events are shown in animated cutscenes, and virtually all of its dialogue is delivered this way. The animation looks smooth, though I could have done without most of the voiceover actors, who run the gamut from nondescript to choppily-reading-lines-off-a-script. I also found the casting of particular actors vexing: Jonathan Harker, an English gentleman, sounds flawlessly American, while the Romanian natives I encountered had either a British accent or carried on in a badly-aped hillbilly drawl. The only voice that's spot-on is – thankfully – Dracula’s gravelly, authoritative bass. I guess if you’re gonna get one right, make it the big one…

In the end, armed with the facts and a bit of patience (or perhaps a walkthrough for those random pixel hunts), there is little reason not to experience Dracula: Resurrection for yourself, particularly as you can now find it cheaply. It isn’t going to blow your socks off with revolutionary story-telling or production values, but it does offer a few fun-filled hours immersed within its dark and dreary world. As the lead-in to its own full-fledged series, it’s certainly worth the price of admission. Just know that the experience, though well intended, comes with quite definite limits. 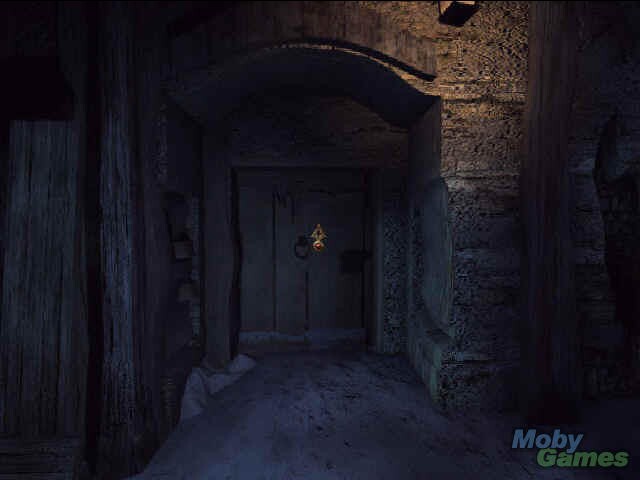 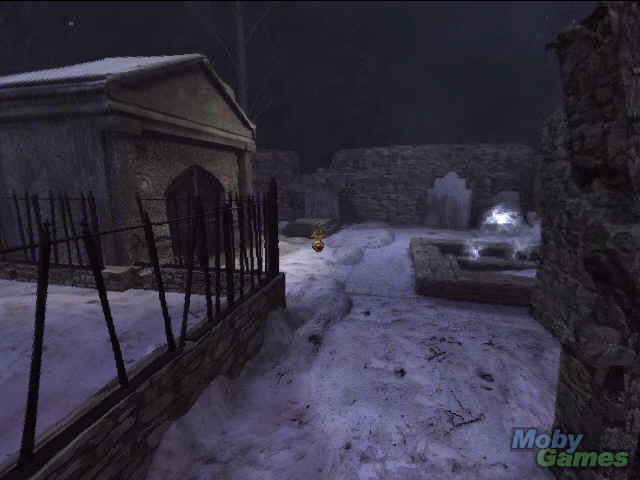