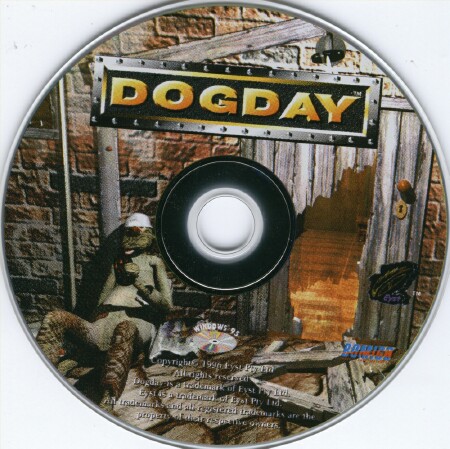 Actual Game
The Game
Dogday is a dystopic tale featuring anthropomorphic animals as characters. However, in contrast with most adventure game dystopias of the time, the story doesn't take place in the future, but in a contemporary environment. The grey quarters of a tumbledown town operated by an authoritarian and corrupt government where someone called Chegga rules as the supreme leader. Of course, any disturbance to public order which is perceived by the authorities is serverly punished; forced disparity is rife and the state-controlled media obviously repeats nothing but official versions of the facts. You assume the role of a dog who seems to live nearby and has just escaped an assasination attempt at the hands of the Cheggist security forces. Luckily, an underground subversive group called the CATS (Coalition Against Totalitarian Society) is set on overthrowing Chegga's regime. Your objective is to get hold of high-profile information compromising the government, and make sure it gets in the hands of the CATS.

So you start the game without any kind of explanation, in the middle of the pad you've just found shelter in. Gameplay is no problem though, as it's the classic style of the genre: one click will focus on a part of the environment, activate a mechanism or pick up an item - an item that, once in your inventory, can be used through drag'n'drop. Nothing new here. As items aren't too hard to find, you'll get out of the room pretty quick. Saving and loading your games is done through a right-click contextual menu. Moving around is nothing unusual either. Just spin around and click wherever you want to go, and you'll walk there if it's possible. However, you may often click "too far" from where you actually wanted to go, and your character will go past where you thought he would stop. It's nothing one can't bear but it can get annoying, especially if you cross the street by mistake; this indeed is an infraction according to the Chegga government's laws and it will land you straight in jail.

The game has a unique style and atmosphere. In spite of its age, it's clear Asylum put effort into mise-en-scène. Indeed, they managed to turn the harsh technical limitations on their head by making them their aesthetical principle: the player gets the feeling he's moving around a scale model plunged into darkness, and the characters look like rag dolls. Add to this the "political" setting and the lack of dialogue, and you get a really weird ambiance. One scene in particular almost feels like surrealist imagery, and the off-hand way in which it's brought up only makes it more haunting. Your character also moves around in a very saccadic and brusque manner, and it contributes to a feeling of tension.

Suffice to say, even today, Dogday is worth a try if you're looking for an adventure game with a distinct perspective and original style. 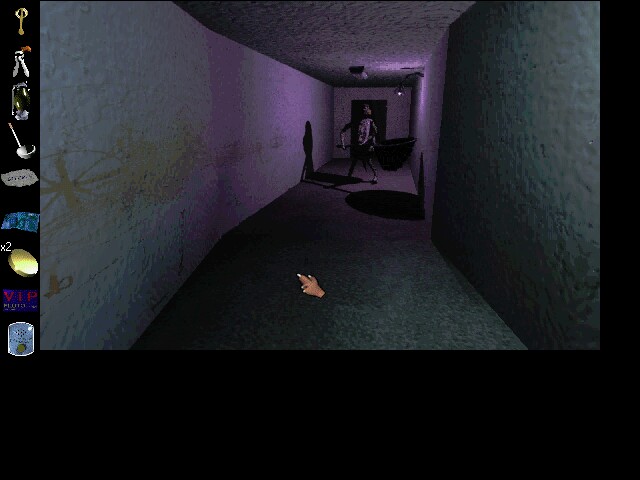 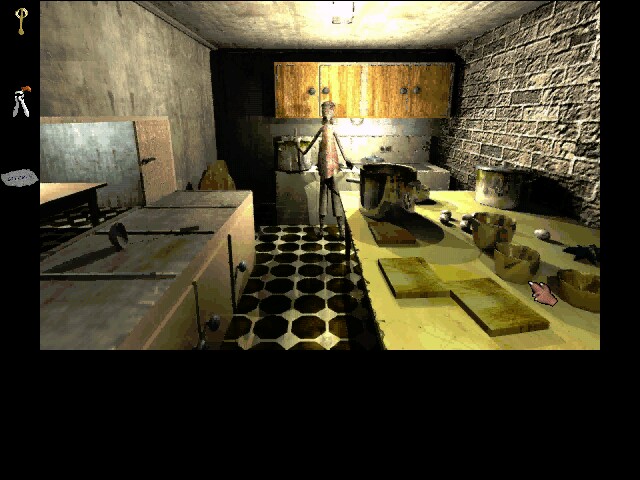