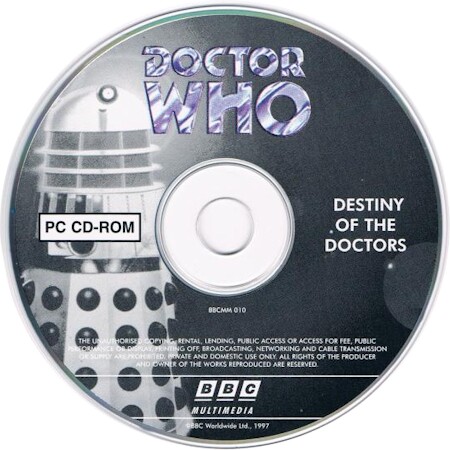 Actual Game
The Game
Destiny of the Doctors was a collaboration between BBC Multimedia and the British developer Studio Fish. The game featured extensive, newly recorded audio dialogue by Tom Baker, Peter Davison, Colin Baker, Sylvester McCoy and Nicholas Courtney. William Hartnell and Patrick Troughton were represented by a voice actor impersonating their portrayals of the First and Second Doctors. The substitute Hartnell and Troughton clips were laced with artificial grain to simulate vintage recordings. Jon Pertwee originally agreed to appear in the game but died before recording could take place; by agreement with his widow, Ingeborg Pertwee, he was represented in the game using audio clips from the television series. The game also contains Anthony Ainley's final recorded performance as the Master before his death. The story was written by long time Doctor Who writer Terrance Dicks.

Note: A voice impersonator voiced the First and Second Doctors. It is unknown who voiced the enemies.

The Doctor's nemesis the Master has taken control of the planet Siralos, which is made of "pure psychic energy". With this planet's power, he plans to mould the universe into his will. To begin, he takes the first seven incarnations of the Doctor out of time and space and puts them in the Determinant, a domain he has created from the conquered will of Siralos. He plans to eradicate any trace of the Doctor from time and space, so he may be free to rebuild the cosmos as he pleases. However, the player's character, the Graak (a psychic being created by the Doctor), pledges to stop the Master's plans, and the game begins.

The Graak is an intelligent, psychic and seemingly altruistic organism, turquoise in colour and resembling a jellyfish. It floats about four feet from the ground, and has no visible organs nor any recognizable features. The Master states that the Graak is protoplasmic. Although it has no limbs, the Graak is dexterous enough to be able to handle items such as a sonic screwdriver and a radio transmitter. It only speaks when it asks the Doctor questions as part of a challenge, and has a high voice varying in tone and inflection (implying that speaking is a strain). When the Master calls the Graak "a good little doggie", it is heard to bark.

It is a matter of debate as to how the game fits into the continuity of Doctor Who. There are references to the "seven complete incarnations of the Doctor", with no reference made to either the Eighth Doctor, despite the game being released some time after the 1996 TV movie. However, the TARDIS database does vaguely mention the Seventh Doctor's regeneration. It has been speculated that the Master's imprisonment at the end of the game is by the Daleks, which would then lead into the opening of the TV Movie. This could also explain the absence of any mention of the Eighth Doctor (if the events of the game are set before the TV Movie). The Sontarans are one of the alien races featured in the game.

The bulk of the game takes place in the Doctor's TARDIS (and, on occasion, the Master's TARDIS, reached via "junctions" between the two time machines. The game begins in the Console Room of the Fourth Doctor's TARDIS, and the player must then select one of the Doctor' seven incarnations and activate the TARDIS to go in search of them.

Upon reaching the TARDIS of the selected Doctor (and also before almost every puzzle in the game), the player can use a "Time Winder" (a pyramid-like save point) and then set out into the TARDIS to find the Master (and, accordingly, the Doctor).

Upon leaving the Console Room, the player, as the Graak, must find the Great Divide: a chasm which separates the TARDIS from the Determinant. However, the Master has placed several of the Doctor's enemies in the TARDIS to make things more difficult for the Graak, such as Daleks, Cybermen, Autons, Ice Warriors, Quarks, Sea Devils, Silurians, Sontarans, Yeti and Zygons. There are weapons and implements in the TARDIS that can be used to incapacitate or kill these monsters, some of which can be kept throughout the quest (such as the sonic screwdriver, or a radio used to contact Brigadier Lethbridge-Stewart for advice and hints), and others which can only be used for a limited time (such as Dalekanium and watering cans). 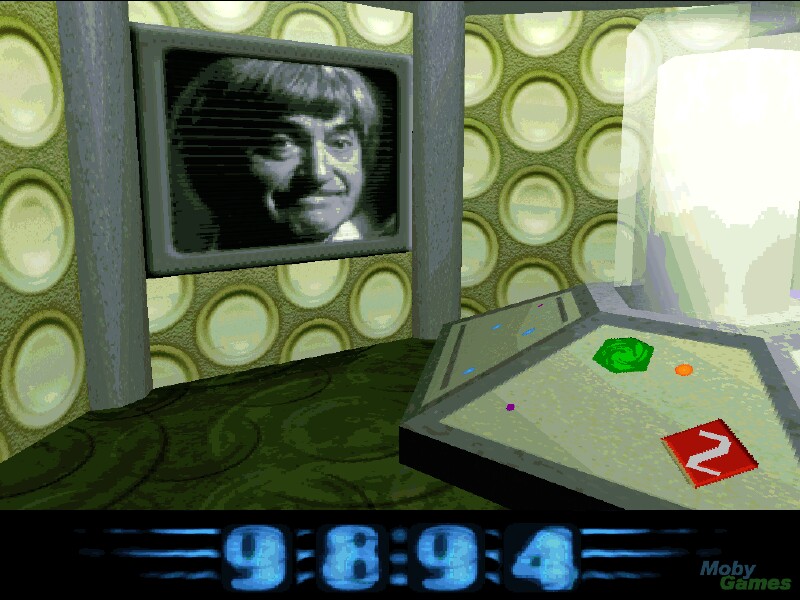 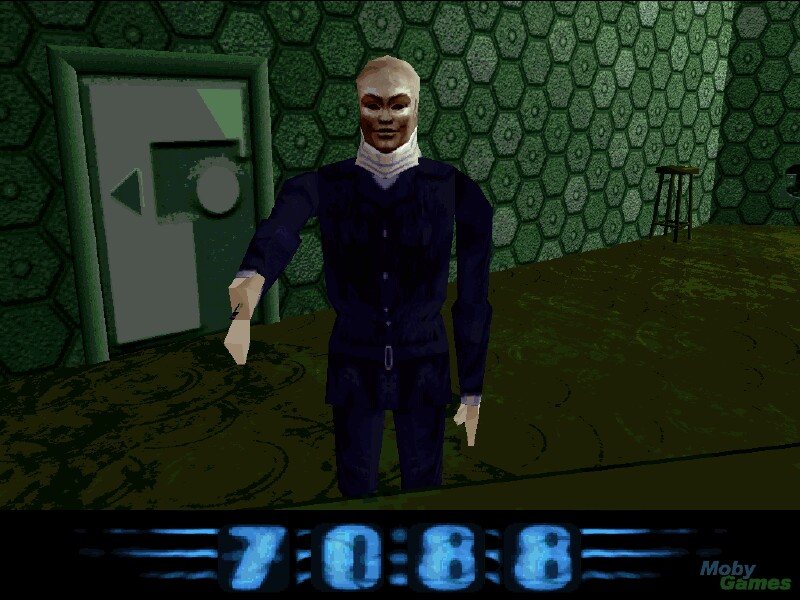