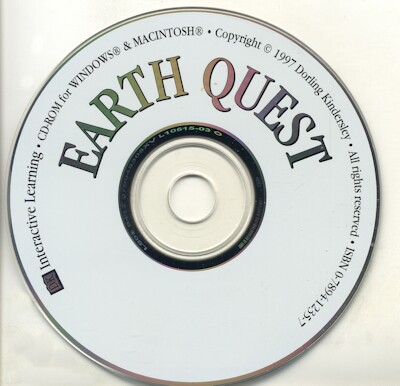 The Game
Earth Quest teaches you about earth science, like how minerals are formed and what the tectonic plates are, and the museum is built inside a giant cavern. It feels like you’ve stumbled into an excavation site. The doorways are carved out of stone, and the exhibits about gemstones and ores are built into the rock walls. As you walk around, you can hear water dripping. Where an actual museum might have a famous sculpture or a dinosaur skeleton in the center of the room, this museum has the earth’s core, shrunken-down, sitting on a pedestal and lighting up its surroundings.

Owing to their art experience, all of Dorling Kindersley’s CD-ROMs look terrific, but Earth Quest is especially spectacular. The museum is monumental. Even though it has a small footprint, it thinks in terms of hulking earthworks and geography. There are a few side exhibits, like a Violent Earth pavilion about earthquakes and volcanoes, and they’re presented on the edge of cliffs overlooking giant expanses of the earth. The balcony of the Shaping the Earth exhibit overlooks a view that moves between mountains, deserts, valleys, and islands to illustrate land formation. This is a museum so enormous and grandiose that the planet itself is on display.

Sometimes, the CD-ROM uses that just as a stunning backdrop. The exhibits in main Earth Gallery room of Earth Quest are static displays, with beautiful close-up photographs of gemstones and rocks, along with descriptions and video clips. They’re well-made but much more engaging because they’re part of this explorable place and they’re inset in a rock wall or pop out of a 10-foot-tall diamond.

The standout parts of the museum – the ones that take the most advantage of this vast, impossible setting – are the interactive exhibits, like that grand overview of landforms in Shaping the Earth. Over in the Violent Earth pavilion, you can simulate an earthquake on a virtual city and see how changing the focus or the epicenter wreaks different levels of carnage. Then when you’re done destroying the city, you can read more about how earthquakes work!

Beyond just the physical expanse of the earth, the interactive elements also help communicate the immense amount of time it takes for geology to change. Time passes quickly in the museum – 5,000 years every second – fast enough that you can see minerals growing on the walls of the cave. The program will alert you when, for instance, aragonite forms after 1,185,000 years. It gives you a good perspective on the long timeline of the earth by putting you there first-hand, although the constant, loud updates about fluorite or sulfur or whatever can be distracting and cause an unnecessary sense of urgency, like getting a flurry of push notifications. (You can at least turn them off and check out Earth Quest on your own time, but they could’ve been less intrusive.)

Tying all these exhibits together, at the center where the core sits, is a scavenger hunt game called Earth Builder, where you rebuild the tectonic plates by answering questions you can learn in the museum. You also have to harvest the minerals growing in the cave, a cool task that connects the different dimensions of Earth Quest in one activity. Earth Builder shares a lot with the scavenger hunts that actual museums give to kids to keep them engaged, and like those games, it offers a helpful guiding structure for your visit if you want to follow it.

Dorling Kindersley packed lots of information into Earth Quest, but not always in a way that’s consistent to navigate or interact with. Sometimes you have to click on the bottom of the screen to back out of a section; other times you have to turn to the sides and walk away. Many of the exhibits have buttons that link you to other related displays elsewhere in the museum, but occasionally they don’t.

The program can feel oversaturated. The content is top-rate though, and it looks incredible in the setting. Compared to an encyclopedia, placing the material in a heavily themed, hands-on virtual museum that you can explore like an adventure game is novel enough to make it immediately more present and more exciting. 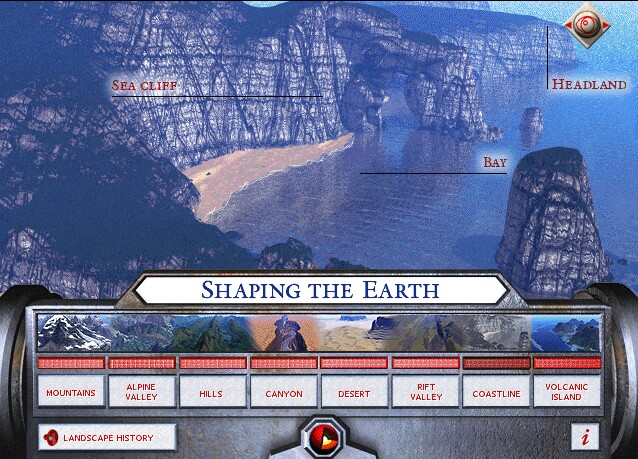 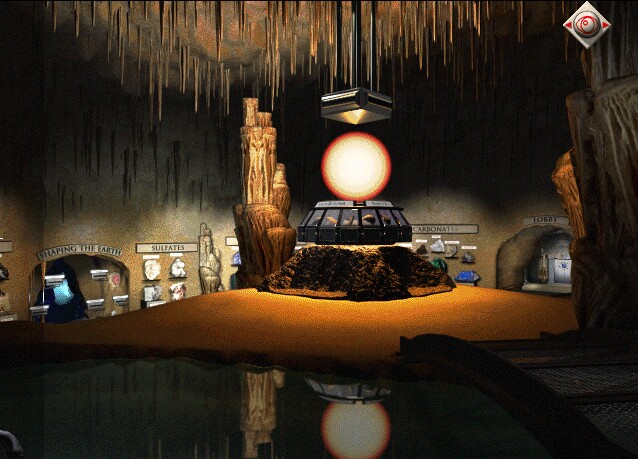 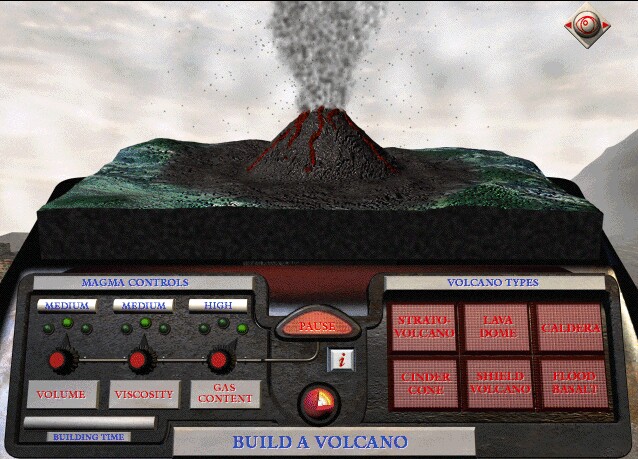