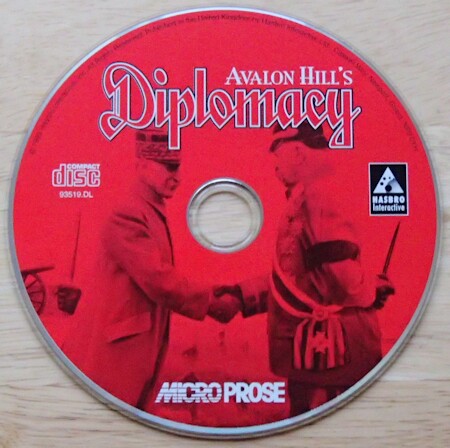 The Game
Avalon Hill's Diplomacy is a game of negotiations, alliances, promises kept and promises broken. In order to survive, a player needs help from others. In order to win the game, a player must eventually stand alone. Knowing whom to trust, when to trust them, what to promise and when to promise is the heart of the game.

The game varations are Standard, 1898, Shift Left, Shift Right, Fleet Rome, and Variants for 3-6 players. In 6-player, Italy just holds; in 5-player, Germany and Italy just hold. For 4 players, it's combined powers (England vs Austria/France vs Italy/Russia vs Turkey/Germany). Three player pits England/Germany/Austria vs Russia/Italy vs France/Turkey, with each combined power plays as a single country.

Each phase has it's own timer. Defaults are 2 Negotiation Phases with 30 mins for the first one and 15 mins for all others, with 5 mins to issue orders and another 5 to view them. The summary phase is 5 mins long. A pretty long default for an online game. The problem is that if you get someone who is losing, might start using every second of the available time rather than quitting, and each year ends up taking an hour to play. 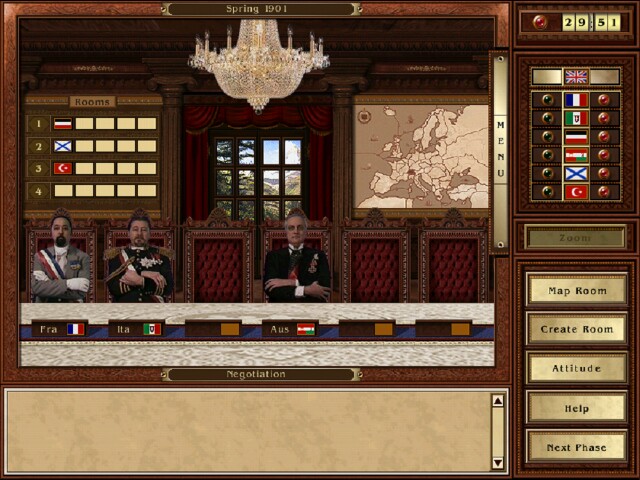 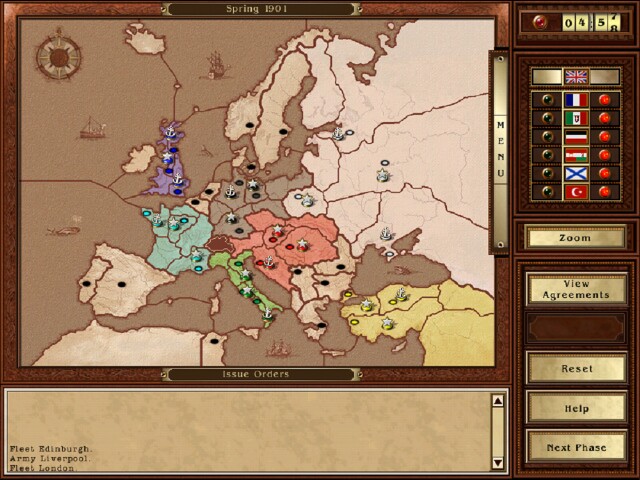