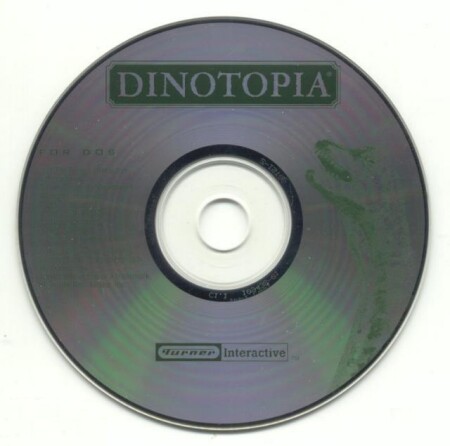 The Game
Dinotopia is an adventure game based on the books by James Gurney. This animated point-and-click recreation lets you play as Nathan, a young man who has been separated from his twin sister Constance as the result of a shipwreck. Dolphins have rescued the pair and transported them to the island. The game is an exploration of the world of Dinotopia and visits many of the areas--Waterfall City, Treetown, the World Beneath--made popular in the books. There are over 130 characters with whom to interact. The player must learn the language and alphabet of Dinotopia in addition to solving audio and visual puzzles. As the game progresses in difficulty, the younger gamer may find the going thorny, but this is a game that parents will enjoy sharing with their children.

The gameplay consists of many adventure game standards only set in an island inhabited with a steampunk society consisting of both humans and dinosaurs of all shapes and sizes living together. Gameplay is from an isometric view except for side view vehicle sequences and first person puzzles from time to time. It consists of speaking to a variety of colorful characters including both human and saurian characters in order to progress the story and to solve various puzzles involving items you will collect on your adventure. You keep an inventory of items during your tour of the island and use your tools to solve puzzles everywhere from small coastal villages to the central cities and underground ruins.

Several actors were captured on video as well as animatronics and puppets for the full motion video sequences used throughout the game. They even used the unique saurian written language in the game and you had to find books to translate the text into English. 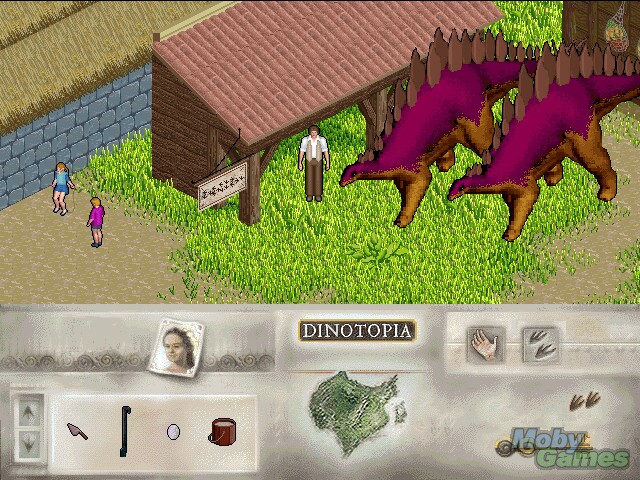 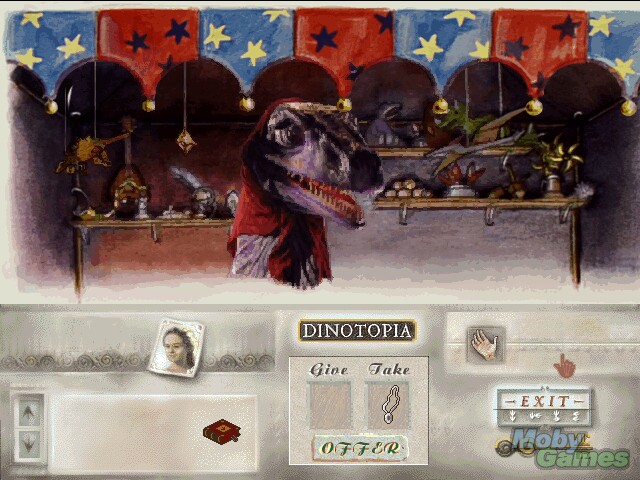