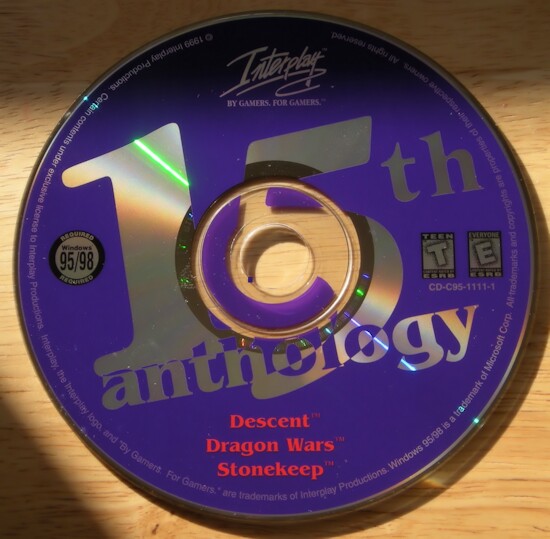 Actual Game
The Games
Descent
Doom didn't just introduce the masses to a first-person, action 3-D shooter, it spawned a variety of first-person clones. Some of these clones, like Dark Forces, were welcome additions to the genre. Others were just more of the same. Only one 3D shooter at the time added a whole new dimension to the field: Descent. No exploding body parts or fireball-vomiting demons here. Descent put an industrial spin on the genre by taking you into the bowels of huge factory-like space stations to fight mining robots gone mad.

The Post-Terran Minerals Corporation (PTMC) digs up minerals on all nine planets of the solar system, employing humans and robots to do its job. Unfortunately, the mining robots are now being controlled by a hacker, and have taken the human workers hostage. The PTMC has tried to get the robots back under their control, but communication with the mining stations has been lost. In desperation, the PTMC modifies a Pyro-GX ship for combat and hires a mercenary, codenamed "Material Defender", to fly it. The mission is to destroy the infected mines and rescue human hostages, destroying any hostile robot that gets in the way.

Dragon Wars
Purgatory. It reeks of the dead and dying among filth-choked streets, decaying buildings, and open-air cesspools. Few survive for long in this noisome parody of a city and those who do quickly lose what humanity they once had. They go mad or prey on the weaker inhabitants, always on the lookout for new blood to bully, beat, or rob. This time, the new blood is you, dumped naked and unarmed into a hell on earth from which, it is said, there is no escape but death.

So begins Dragon Wars, one of the best examples of 1980s era RPGs. This classic from Interplay incorporated so many advances and refinements to the RPG interface, combat system, plot, and overall style that it is one of the unsung gems of gaming.

Stonekeep
It's a pleasant sunny day at Castle Stonekeep. Live actors are happily going about their business in the opening cinematic sequence. You, as a boy, are playing with your dog in one of the lofty upper chambers. Suddenly, the sky darkens, the music turns ominous, and a huge evil figure appears. Terrified actors become instant skeletons. You're just a helpless little kid, and the bad guy kills your dog! A mysterious cloaked figure whisks you away at the last moment, as the castle is shoved down into a pit.

Flash. It's ten years later, and you're back. Too bad you do not have any apparent plan of action. The goddess Thera appears to you, as a rather confused looking young man named Drake, and offers to disembody your spirit, so you can re-enter the castle. Here the plot twists: The evil god Khull-Khuum has beseiged and captured the other gods, and has destroyed Stonekeep because, you, their prophesied savior lived there. In your disembodied form (though still quite physical and distressingly easy to kill), you must search the castle for clues on what to do next. 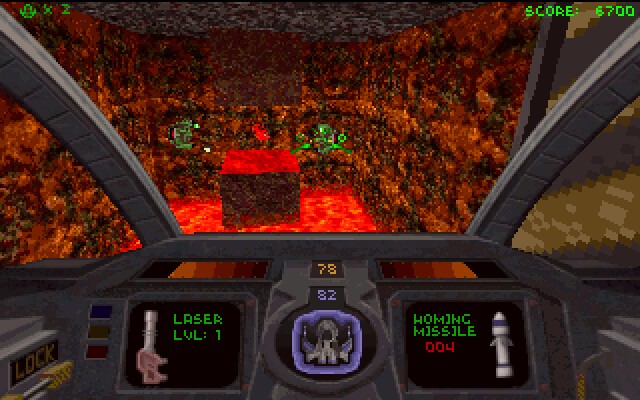 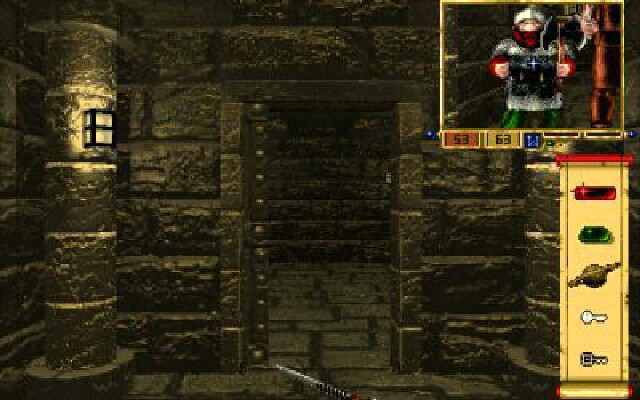