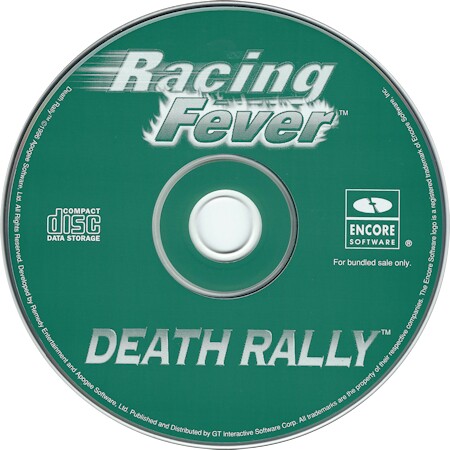 Actual Game
The Game
Starting with only $495 and a lowly car, the player must compete in one of three races (picked from 19 tracks) with increasingly difficult opponents but higher rewards, getting enough money to buy new cars, choosing from six models, and enhance them with one to four upgrades for engine (increase top speed), tires (improve traction, allowing to drift less on turns) and armor (reduces the damage caused by opponents, mines or collisions). But there are more ways to spend money by reaching the underground market where the player can buy land mines (can be dropped to get opponents directly behind or create traps in narrow sections), get some rocket fuel (which increases boost speed greatly at the expense of some damage for both the user car and the ones directly behind) or bribe a mechanic to mess around with the best-ranked opponent car. All these upgrades are valid for one race only.

The race varies in length depending on the difficulty chosen, but follow the same structure: four drivers with the starting grid set according to the championship table, with the worst placed starting in front and so on, and the first to cross the line after the stipulated number of laps wins or the last driver standing wins. At the same time, the fourth place driver gets no points and no money, including pick up bonuses, and lapped drivers get the same luck. The player can use a booster to increase speed for a few seconds, but once the reserve is depleted, the player has to wait it replenishes or pick up icons scattered on the track. Similar items appear to replenish ammo, repair the car or give small money bonuses. Occasionally, large money and repair items appear, which provide a much larger bonus.

Along the money earned in races, there are several bonuses if the player manages to wipe out all competition, complete the race without a scratch or completing a streak of wins, or accepting certain missions for some sponsors, such as collecting steroids and win the race or destroy an opponent. The value of these bonus changes according to the car: a bonus with the Vagabond can be worth as little as $650, but with the Deliverator a mission can be worth 12 grand, regardless of the race selected.

The ultimate goal is to top the championship table, and then defeat the Adversary in a special track. 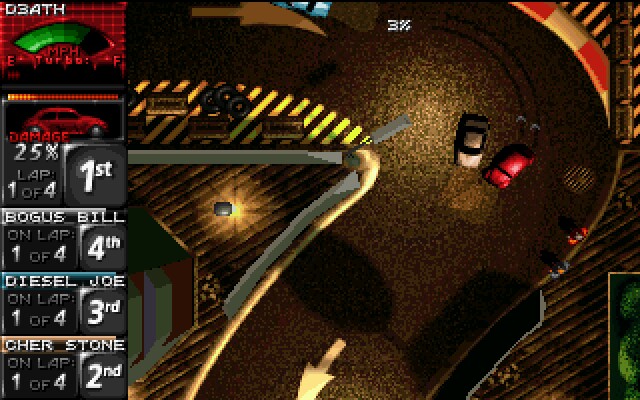 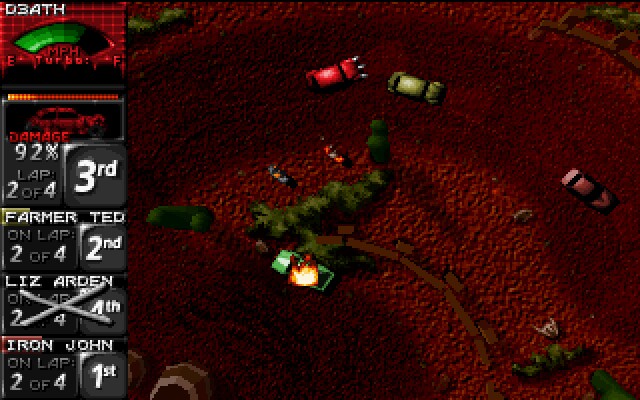