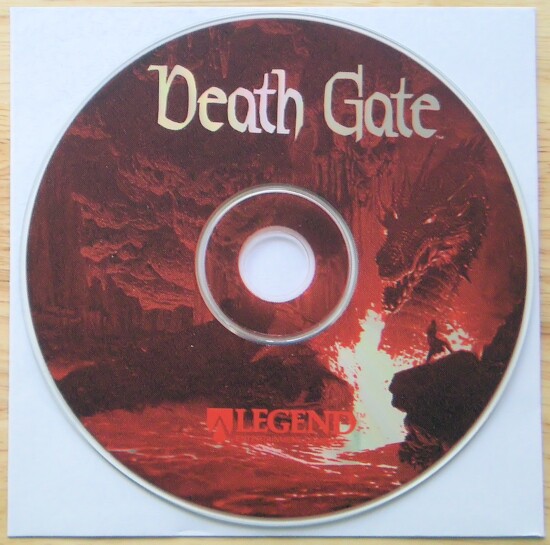 The story begins with the magical Sartan race feeling so threatened by their rivals, the magical Patryns, that they magically sunder the world In the scene above the Sartan high council gather in preparation to sunder the world. The Patryns are trapped in a fatally dangerous place known as the Labyrinth. The rest of the world is divided, as in the scene above, into four realms on which the 'mench' races live. The mench comprise of elves, humans and dwarves and are generally non-magical and are settled on one of the four realms of fire, air, water or earth.

Two thousand years after the sundering, a Patryn, called Xar, escapes from the Labyrinth. He discovers the Nexus, a safe beautiful Sartan city outside the last gate of the Labyrinth. Each day he re-enters the Labyrinth and helps other Patryns to escape. Very few Patryns have done so, when Xar helps the protagonist Haplo through the last gate. Xar has been studying the Sartan library in the Nexus and plotting his revenge on the Sartan. He assigns Haplo as his emissary to travel to the four realms and collect information and items to forward his plans of conquest. Haplo travels to each of the realms, meets the mench, but very few Sartans, and in doing so helps Xar, but begins to have ideas of his own as he gets to know and develop relationships with the individuals he meets.

The game captures much of the spirit of the books, and although not as rich, is a highly entertaining game of adventure and discovery. Playing it will surely encourage people to read or re-read the Death Gate novels!

Puzzles
Most of the puzzles are straightforward if you listen carefully to everything you hear and use common sense logic. There are a couple of non-adventure puzzles: One is reminiscent of the Seventh Guest, Victorian variety while the other reminded me of the Incredible Machine. I found the puzzles exactly the right level of difficulty. I didn't feel cheated at any time and all puzzles and their solutions fit into the logic of the story and the characters within the story.

Graphics
The graphics were realistic but in keeping with a fantasy story, live actors were not used to portray the characters nor were real settings used for the places. The scenery and look of the characters depicted were completely in keeping with the unique imagery of the Death Gate novels. With full SVGA resolution Death Gate is an order of magnitude better than most other games of its day! Every scene is beautiful, created by award-winning fantasy artists and was consistently high quality through out. The cut scenes are full screen, fully animated with appropriate sound effects, and are dramatic and impressive.

Music and Sound
There is music throughout the game. Usually, each different scene has a different associated piece of music. Each piece of music is in keeping with the scene it plays with. I kept the music on constantly. There were one or two pieces I found quite delightful.

The characters' dialogue is acted quite well. I found all voice actors were reasonably skilled and believable, but a few of them seemed very good which unfortunately put the frequently heard Haplo at a disadvantage. A typical dialogue screen is shown above.

The sound effects only seem to occur when something significant happens. I actually found myself jumping when I first played the game! For you impatient gamers, when replaying the same dialogue, you can speed things up by clicking during the speech. This will stop the character who is currently speaking. Multiple clicks will be needed to speed up a long dialogue between Haplo and his companion. The sound quality was excellent.

There is a volume control for the music. There are also toggles for music, sound effects, character dialogue and Haplo dialogue. All dialogue is displayed on screen, so spoken dialogue is not essential. However, I left all sound options on to enhance the game experience.

Help is around the corner!
Believe it or not, I was stuck right at the start of the game, not knowing how to talk to Xar! Fortunately, the Help option has a very well done on-line tutorial that that walks the player through the user interface. It turns out I was misled by the obvious -- Talking is achieved by simply clicking on the character you wish to address, not by using the onscreen commands! In fact many actions can be performed by just clicking on the picture and often the default verb selected is appropriate. I found the user interface completely intuitive.

Summary
Death Gate is a wonderful game. The genre certainly appeals to me and having read the Death Gate books did not spoil the game at all. In fact, I may have appreciated it more as a result. The game is robust, the scenery and characters are all drawn beautifully, the music is very good to excellent, the user interface very intuitive, the puzzles fair, logical and interesting, and above all a great story unfolds as you progress. What more can an adventure game fan want? 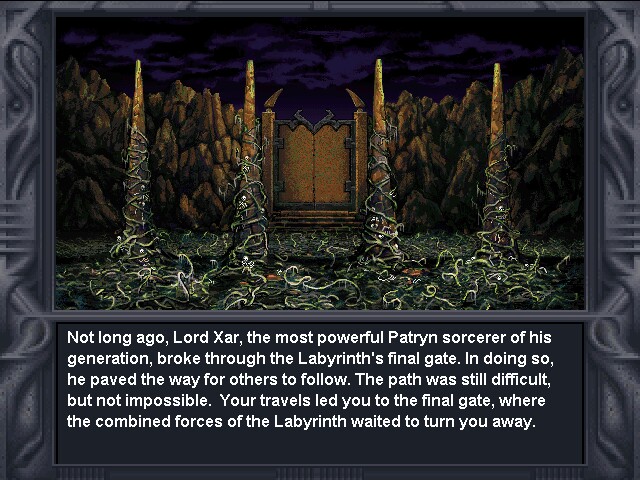 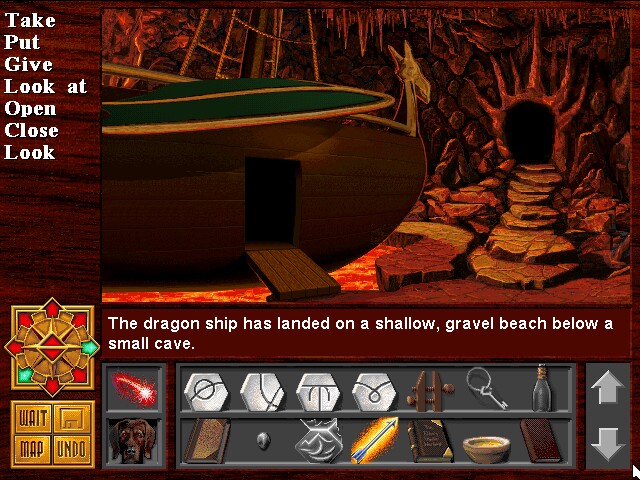 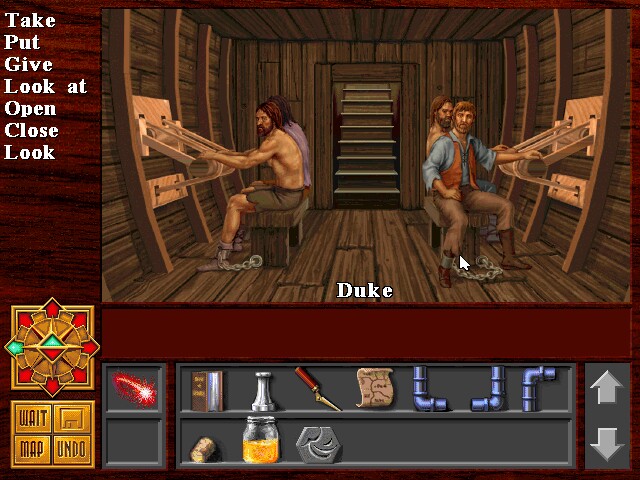