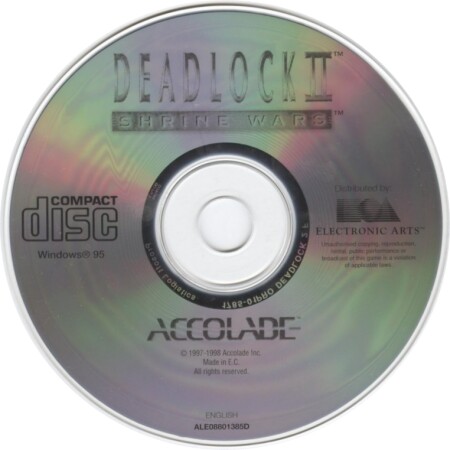 
This is the story of seven galactic civilizations chosen to live on one planet. This is what happens when those seven distinct cultures all vie for a singular goal. Developed by Cyberlore Deadlock II is more of a pseudo sequel than a true sequel. While there are several new additions, for the most part it looks and plays exactly like the original. Some of the new additions include more military units, some new buildings, a campaign structure, and a scenario editor. .

Veterans of the first game will easily jump into the sequel. The interface has been refined and is more graphically appealing. Pop-up tool tips appear on almost every icon, and there is an online help guide. If you're new to the game, the manual is well written and a tutorial is included.

Gameplay is turn-based and akin to most conquer-the-universe-type games (such as Master of Orion II), with one exception: Instead of worrying about dozens of planets you only need to worry about one at a time. All the fun aspects of large-scale galactic domination games are still present, including a variety of military units, a large technology tree, and plenty of diplomatic options. The key, though, is micromanagement. You begin with one territory and must expand from there. Each territory holds resources and has a limited number of spaces to build upon. Much as in SimCity, proper placement of your colony structures helps immensely. Once your buildings are built, the next step is to rearrange your colonists within them. Each building will usually perform several functions. These include generating trade or improving morale, making units, or helping with research and resource management. With a limited number of places to build and a limit on how many colonists can fit into one territory, proper arrangement of your colonists into a productive work force is the key to expanding and winning.

At some point you'll face the opposing races, and since you're stuck on one planet, this will happen a lot sooner than you may be used to. This is where a good diplomacy plan will come in handy. Deadlock II has a variety of interesting diplomatic functions, ranging from military pacts to victory pacts. The victory pact is probably the most interesting option. This pact is exactly what it sounds like, if one side meets the scenario goal, both sides do! Of course diplomacy only goes so far. Those shiny tanks of yours aren't simply there for parades. At some point you'll want to forget about walking softly and use that big stick.

Deadlock II has a wide scope of combat units from grunts up to naval dreadnoughts. A lot of the technology that can be researched has bearing with military functions. The actual units can be ordered for an amazing variety of tasks. These tasks include how much damage the unit should take before retreating, which buildings to specifically attack, and whether they should provide support for other units. After giving the specific orders you simply wait until the next turn to find out what happened. You are then told the results and can watch a replay of the battle.

Cyberlore has managed to create a game that has great longevity. The game ships with a 42-scenario campaign (six scenarios for each of the seven races), a quick-start scenario builder, an editor to create your own scenarios, and a wealth of multiplayer options including a matchmaking service. The only problem with playing multiplayer is the game can go on for quite some time. There are several options for victory conditions, which can help to speed up play.

Deadlock II is a perfect game for people who like galactic empire building but don't enjoy managing dozens of planets and star fleets. With a number of different military units, a large technology research tree, an expansive list of diplomatic options, and seven races, there's a lot to tinker with. The inclusion of a scenario editor is always welcome, and being able to easily find other players is also a great feature. 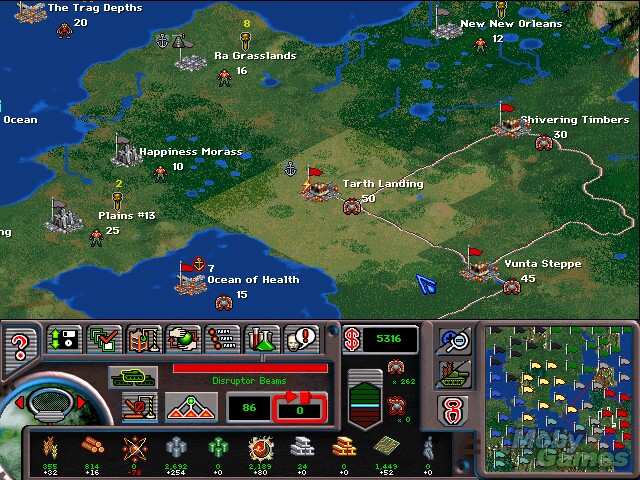 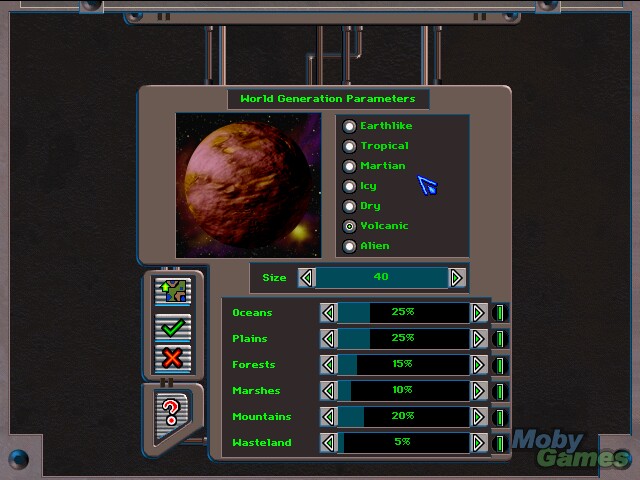