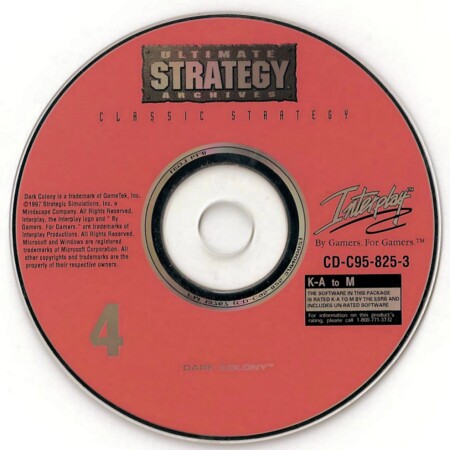 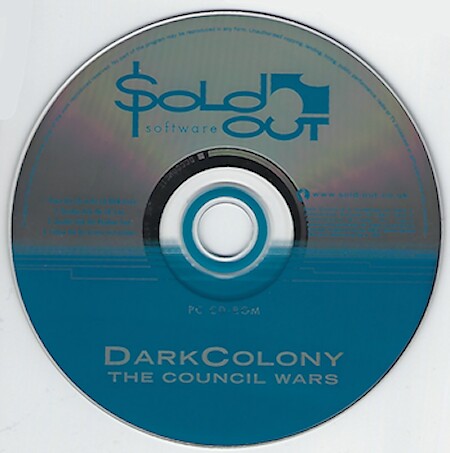 Actual Game
The Game
Dark Colony was the next generation wargame from SSI after the success of its real-time strategy title War Wind. The story revolves around a classic human vs. alien conflict: The humans have terraformed Mars and are mining it for Petra-7, a newly discovered resource. The aliens or "grays" - bug-eyed villains who fit the classic Roswell description - just want the humans to take their guns and air-purifiers and buzz off. The game's futuristic theme is inventive and well executed.

Following the precedent set by Command & Conquer, Dark Colony allows you to build a base and proceed to construct technology buildings around it radially. On the human side, these buildings yield anything from space-suited troopers to scampering mini-mechs to a cyborg Special Forces unit simply dubbed "S.A.R.G.E." The grays prefer to breed their weapons in the form of artillery-packing creatures, such as the Atril, which hurl a fleshy sac of explosive mucus at the humans with intent to kill. During a game, both sides can uncover Martian ancient artifacts that award the finder with destructive abilities.

Besides a strangely compelling soundtrack that echoes of sci-fi classics like Star Wars and Dr. Who, graphics are Dark Colony's strong point. Character-rendering is sharp, napalm explosions are luminescent, and character deaths are violent as ever. When a human unit gets hit, arcs of blood might spew forth from his uniform or his head might erupt into a gory geyser. Add a few dozen units spraying bullets at one another and the ensuing gore fest begins to look more like a Mortal Kombat in space than Command & Conquer.

Dark Colony introduces some new features not commonly seen in RTS, such as the ability for your units to advance in rank, similar to Fantasy General. They can also be awarded medals for exceptional performance in battles, and this will improve their abilities. The only downside is that the units are basically the same on both human and alien sides, and there is no truly race-specific unique units that make gameplay different. As such, you may not be tempted to play as the other side once your campaign is over, although the flawless multiplayer play may change your mind.

Dark Colony is a fun, introductory-level RTS that is easy to get into, and provides a lot of long-term play value with dozens of missions -- many more than RTS classics. The graphics are also excellent, if a bit on the violent side, so you may not want to play this game in front of your kids.

Council Wars Expansion
The Council Wars adds 16 additional missions, new graphics, units and more. New things you will find are crashed flying saucers, Taar fortress markings, and even Area 51. There is a new rattlesnake species that you can capture and use and much more. Continue your work to eradicate the humans as you play the alien Taar, or to destroy the aliens as you play as a human. 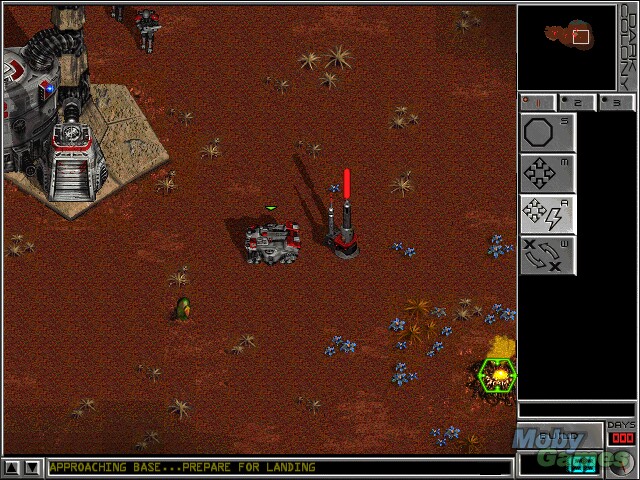 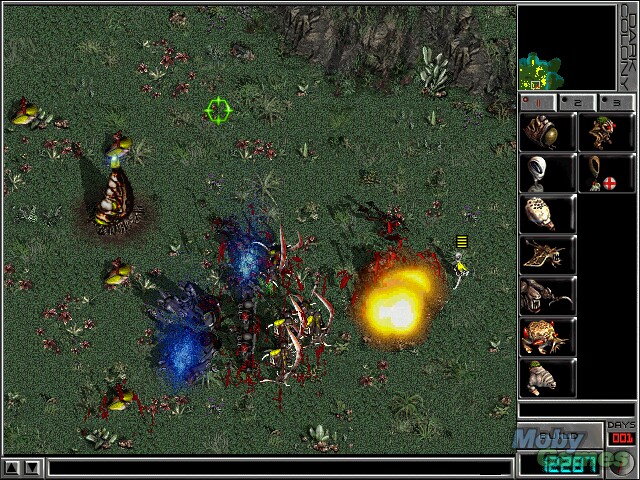