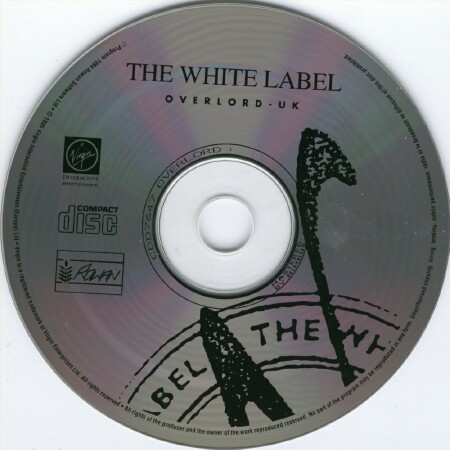 
Operation Overlord is the third game from Rowan Software, a small British developer that remains today one of the best "hard-core" flight sim companies.In this excellent World War II sim, it is your job as an Allies pilot to succeed in destroying the German forces occupying Northern France in Operation codenamed "Overlord", the air campaign leading up to D-Day.

True to Rowan's reputation of simulating not-so-well-known aircraft, Overlord gives you the opportunity to fly the Typhoon 18, The Mustang III, and the Spitfire IX. Aside from excellent and varied mission selection and realistic flight dynamics, Overlord enters gaming history as one of the very first flight sims to make use of the brand new S3 graphics chipset, which allows doubling the screen resolution from 300 x 200 pixels to an amazing 600 x 400. The result is a game that looks good and plays even better. Remains to this day one of the best (and most underrated) WWII flight sims that was well ahead of its time.

You can choose from three planes: Mustang P-51B, Spitfire IX and the Typhoon 1B to battle against German enemies flying planes such as the Focke-Wulf FW 190A and the Messerschmitt ME 109G. The allied base SVGA graphics are nice and appealing but in order to take to the skies in SVGA you'll need a Pentium 90 or better (my Pentium 60 was really struggling). The ground action happens in rendered rooms that act as visual menus for the sim's options: Planning Room (Flight control options), CO's Office (Medals and Punishments), Bedroom (Diary and sleep), Gate House (game options), Dispersal (Pilot roster, assignments, etc.), Tower (scramble mission), Ops room (Briefings) and the Flight field (Fly). In SVGA mode you will be treated to a very nice and "accurately" detailed rendering of the airplane's instrumentation. A good overall visual reference for this title is to imagine Red Baron with a WW II theme. Control response is quick and smooth but flying WW II planes will take a little getting used to (Where is jet propulsion when you need it ?) The different internal and external view points are too many to mention but I found most of them to be useless during actual combat flight. The ability to record a video of your flight is a good idea that has now become a standard. 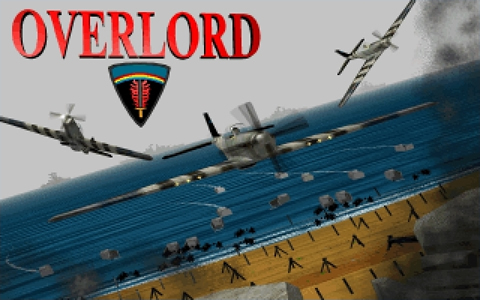 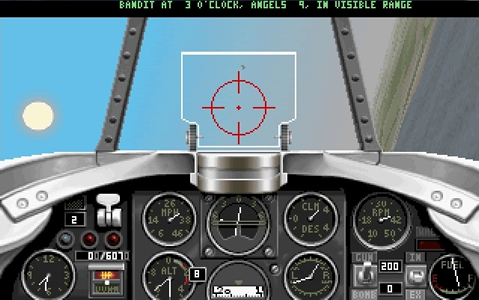