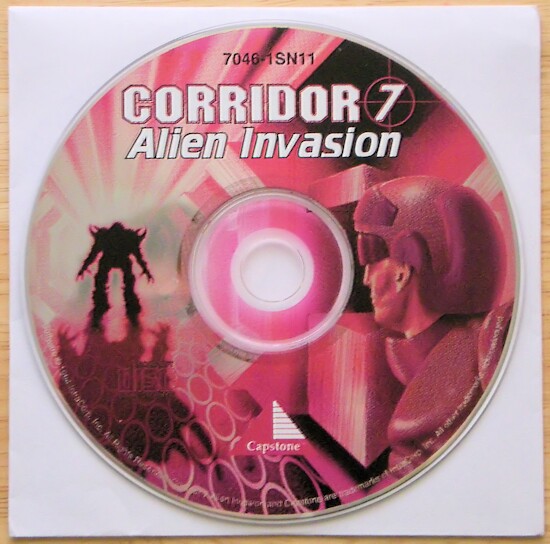 
To sum the game in one sentence, Corridor 7 is like Halo on the Wolfenstein 3D engine.

The first thing I noticed about Corridor 7 is the lengthy cut-scene showing what happens. A space ship goes to Mars. There, a team of scientists finds a mysterious object and return it to Earth to store in a research facility. The object opens up a portal to the aliens homeworld, and the aliens jump in and chaos erupts. This scenario is not new to me, since I have played games that have a similar storyline. This story, however, helps set the atmosphere, making you want to start your mission straight away.

Your mission is to destroy as many aliens as you can. Somewhere on the floor is a floor plan that will extend your proximity map, helping you locate all aliens on the floor, not just the one. You can view the proximity map while you are playing the game, and this saves you from having to press a key to view it, like other first-person shooters around its time.

The only weapon that you carry at first is your shotgun, but as you travel between floors, you will be able to pick up much, powerful weapons. Once you have destroyed all aliens on the floor, you gain elevator clearance, meaning you can can find the elevator and get to the floor below. You usually go to another floor using the same elevator you came out of.

The enemies are quite colorful. They range from floating eyeballs and Gremlin-like creatures, to aliens that morph into everyday objects to horrendous beasts. There are usually bosses every five levels, and these bosses take quite a pounding. The more you use your weapon to kill aliens, the more its ammo is going to be wasted, which is all the more reason why you should refill your ammo by getting it from storage units or from alien charge packs.

You may remember an old high school saying “Mates always stick together”, in which your friends always protect each other. This statement also applies to Corridor 7. When you kill an alien with one of your weapons, other aliens that heard your weapon going off will come out of their rooms nearby and hunt you down. And more often than not, there is more than one of them coming after you at once. This is proof that the enemy AI is smarter than those from past first-person shooters. Another example is when they just come up and start shooting from behind you, forcing you to quickly turn around and start pumping bullets into them.

The graphics are very good, and they make you feel that you are walking in a futuristic office building. The first twenty floors consist of offices, with man-made technology. Most of them have moving lights so that you can look at how nice it looks and use it as a marker so that you do not get lost on the floor. The next ten floors after that are redecorated to their own satisfaction. Each wall is basically a basic color and has designs that actually looks like as if they were made by aliens.

The game's soundtrack is excellent. It may be repetitive at the start of the game, when you are exploring the first four floors, but after that point, you will get some variation in the music. Some of the music have that energetic tone to them and it doesn't make you turn it off.

What amazed me the most about Corridor 7 were the features not present in other first-person shooters around its time. You can use teleports that will warp you to other areas. There are red demons that have the ability to morph in and out, usually in front of your own eyes. These demons can be visible all the time if you use the visor equipment to keep track of where they are going. The visor is also used to locate invisible force fields or determine whether a monitor gives you access to red or blue doors, or nothing at you. 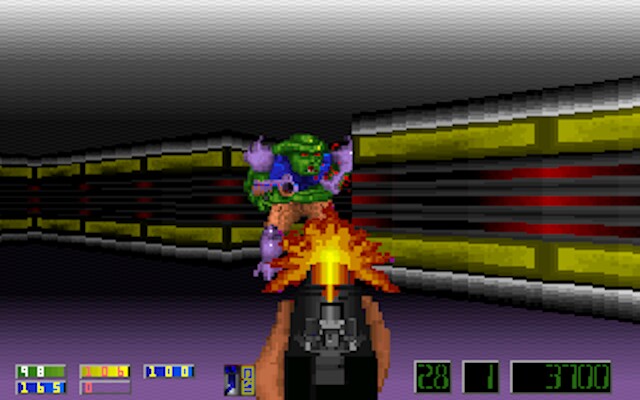 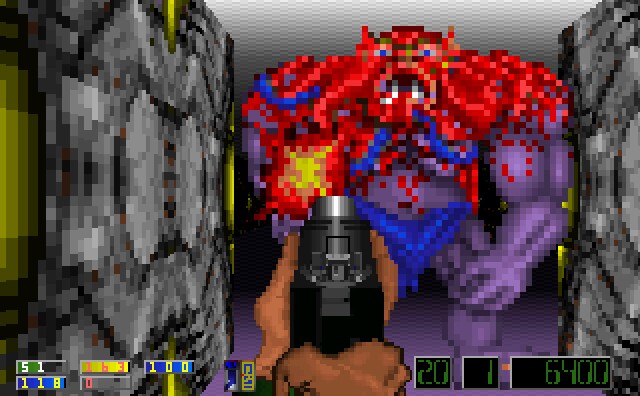