Corporation is an interesting first-person action/RPG cyberpunk game that is largely overlooked. The plot is typical cyberpunk setting: in the 21st century, the Universal Cybernetics Corporation is secretly developing a mutant robot for military purposes. A freak power outage one day sets one such creature loose to roam around town, murdering innocent citizens and wrecking havoc. The company, of course, denies all involvement. As a ZODIAC special investigator, your task is to save mankind from untimely destruction, by destroying the hideous genetically engineered war machine and exposing the company of its evil plans.

This game preceded Wolfenstein 3D by a number of years and, though technically less advanced, was one of the earliest simulations to tackle a human viewpoint with complete 360 degree freedom of movement.

It is also the first 3D game that allows you to enhance parts of your body, before games like System Shock, Syndicate or Deus Ex brought that into view.

Plot
Corporation plays in a dark future where most people are replaced by robots at work. Soon one Corporation gets big enough to develop robots for military use. Besides that, they also work on genetic experiments, cybernetic implants and other body modifications. Other rich people invest their money to gather private armies that would not question their work. During the time, one of their prototypes escapes and runs amok in London. Since it's not easy to shut down such a huge Corporation due its influence on the world market, without good proof, its down to you. Your mission is to steal useful information about their experiments. You dig into their laboratory complex and have to avoid getting caught by any and all means.

Gameplay
The game's highlights are the many features that combine the best of action, adventure, and RPG: automapping, object manipulation, damage control, security problems, combat - and don't forget how useful your Backpack Computer and Smart Card can be. One of the best features in the game is the ability to control up to 6 characters (one at a time): 2 male, 2 female, and 2 droids. Each character has different RPG-style statistics and skills. This allows for multiple solutions to many puzzles, although most of them are limited to either the "brain" (e.g. use security cards) or "brawn" (bust the door open) approaches. There are many neat futuristic weapons and gadgets to find and use, some of when are very inventive. Just their names, e.g. "hologram projector" and "thermal infrared image intensifier" are enough to tell you how cool they must be :) Although most of the game's puzzles are limited to opening different doors, there are many ways to do it that it never becomes boring. You will crack the security systems, negotiate pressure pads and airlocks, and evade infrared beams.

With over 16 levels packed with interesting gadgets Corporation kept me plodding to the very end. 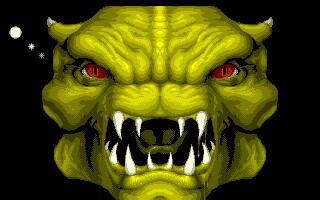 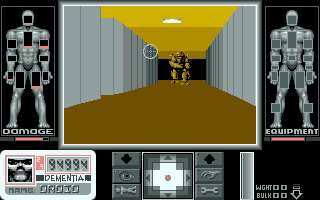