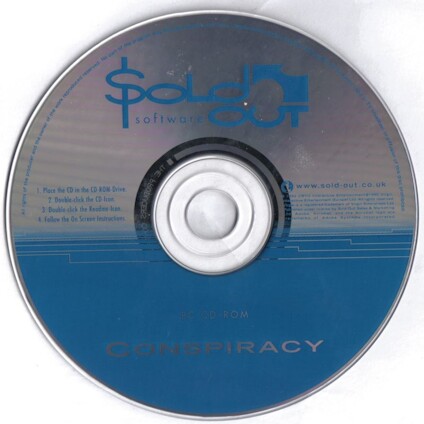 
It is August of 1991, and trouble is afoot in the dissolving country of the U.S.S.R. or Soviet Union. The protagonist of the game is Captain Maksim Mikhailovich Rukov, a former Spetznaz operative and a functional member of Russia's GRU corps. He has been recently transferred to Department P, a KGB division in Moscow that is responsible for investigating and uncovering internal corruptions within its own department. His commanding officer, Major Vovlov, breaks Rukov into the system by assigning him to investigate the offices of a murdered private investigator, Piotr Golitsin, who has once worked for the KGB. What begins as a routine murder investigation, however, quick turns into a grand conspiracy of corruption and greed about smuggling that extends into the heart of the KGB and beyond.

Cryo took a fairly minimalist approach to designing this game, as far as graphics go. Each room consists of a single background and several objects (file cabinets, telephones, doors, and others) with which can be interacted. The game uses a first-person viewpoint, similar to the perspective taken in Return to Zork. Characters are not animated sprites; instead, they are single frame "cutouts" that enter and exit the scene (through a door, for example) with a dissolving effect. The only part where the game actively uses animation is when the player is holding a conversation with a major character, such as Major Vovlov, Colonel Galushkin, or Major Savinkov. The game then shows a close-up of the character as that character speaks. In the CD-ROM version, the player also receives hints in the form of somewhat blurry Full Motion Video clips with digitized speech from Rukov's late father, voiced and acted by Hollywood star Donald Sutherland.

On the flip side, the interface and gameplay are extremely complex, almost to a fault. Whereas most point-and-click adventure games allow the player to look, talk, and touch, this game allows the player to be extremely verbose in their actions, such as walk, talk, open, close, fight, take, destroy, among others. The game also includes a map showing the blueprints of a particular area, providing assistance in case the player gets lost, and an ability to "wait", which speeds up the passage of time in the game. The "wait" function is invaluable, as many parts of the game involve sitting around and spying on other characters.

In some cases, the mere motion of doing or not doing a particular action can affect the game's ultimate outcome, thereby requiring a particularly hefty amount of concentration and conscientiousness from the player. The first half of the first act, in particular, requires a meticulous investigation of Golitsin's apartment as well as a thorough interrogation of potential suspects and witnesses. Failure to fully engage in both of these tasks results in an immediate reprimand from the commanding officer, a retransfer to an Arctic fishing zone... and the end of the game!

The storyline itself is coherent, if not lengthy and drawn out. True to its title, the protagonist eventually stumbles upon a conspiracy of sorts within the ranks of the KGB and a plot that stretches beyond the ranks of the proletariat and firmly entrenches itself in Russia's Politburo. The player can learn a lot by simply holding conversations with strangers, provided that the stranger in particular is willing to hold that conversation.

What I find most admirable about this game is its massive dialog system, which blows out of the water the antiquated system used by LucasArts that includes only options such as "You say...", "You ask about...", or "You ask for...". This system is put into much use, in particular, in the first two acts of the game. The game has its fair share of Leninist advocates, Brezhnevists, and socialists of the new order. Each citizen, from the meat man to the hotel clerk, has a distinct personality that is quickly evident from a conversation. The player is also able to respond appropriately; while the resulting political "discussions" sometimes go in circles or turn into diatribes, the average history buff will find entertainment from listening to these characters mumble about Yeltsin, Gorbachev, and other political events that mirror the country's history in real life.

Though some of the game's puzzles can be solved by logic and attention to detail, they sometimes require extreme lateral thinking, to the point where the solution to a particular puzzle can only be hinted towards by dying and restoring from a previously saved game. Nonetheless, despite these flaws in the gameplay, KGB is a game that can still be enjoyed for its storyline and historical tribute. 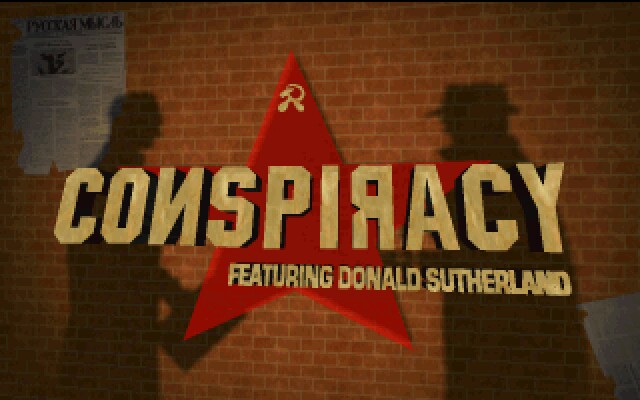 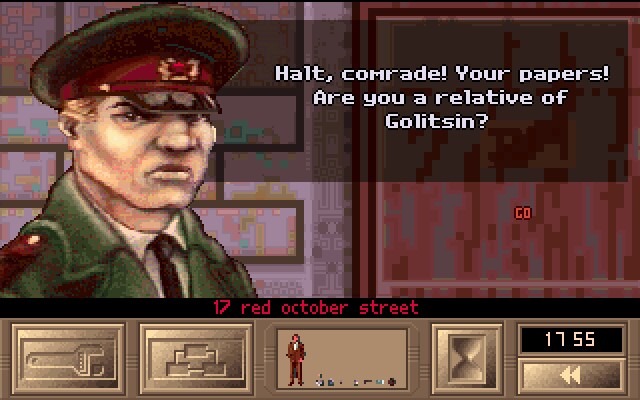