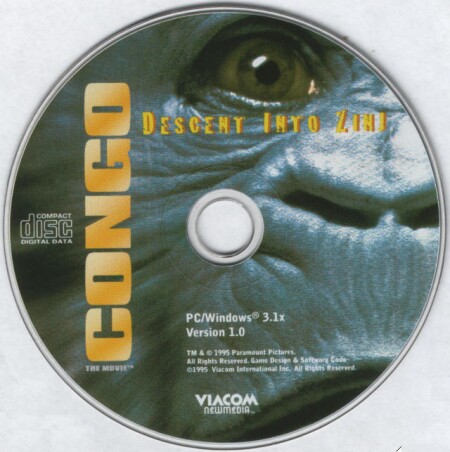 
Congo is a film tie-in adventure game that has largely been forgotten by collectors and players. This is unfortunate because the game is very entertaining and well put together, the antithesis of the usual cruddy tie-in game foisted off onto the public. Who knows why there's never been more made of this title by collectors? It certainly meets all of the criteria: entertaining, well-written story, nice graphics, really fun puzzles and (gasp) competent acting! What more could one want?

The game is played in the first person from the perspective of Jack, who has been sent by a large corporation to look for diamonds that will give it the ability to dominate communications. Jack must save a female technician that he once trained, who has gone missing after being sent to the Congo on a mission to find the diamonds in the lost city of Zinj. Indiana Jones fans will love this game—it has the same sort of adventuring air as the LucasArts Indy adventure games, as well as some humor of the action hero variety. And there are nice movement animations.

Visually the game is similar to the first-person adventure games of it's era tracing its roots to Myst. It contains the same pre-rendered 3D backgrounds with the smoothly animated transition sequences and the characters done in live-action, except for Amy who is also executed in pre-rendered 3D. Music is of the old MIDI variety, done in short loops, and has a nice African texture to it.

Every Myst-inspired game has at least a few good puzzles in it. Congo: The Movie introduces a portable workstation complete with GPS navigation, satellite communication, and audio and image processing capabilities that are used constantly in the course of the game. Maps are used cleverly in navigation, and the best puzzle (or a series of puzzles) makes you take pictures of unknown writings, have them analyzed and translated by your workstation, and apply the information in getting certain pathways either opened or closed to get you where you want to be (a destination which you can deduct with the help of GPS navigation). Puzzles are inventory-based and very entertaining. Inventory is very malleable—it can be organized in whatever way you care to have it. It is stowed in a lower-screen dock that is easily accessible. There also is no inventory scrolling within the dock, which has plenty of room on the main page. There are also a number of fun little doohickeys to play with to get information and keep things moving during gameplay. These include some VR goggles, a laser, a radiation scanner, an audio scanner and an image scanner.

The player can die, but the game will just restart itself. This is a great thing, because there's just no more fun to be had in the universe than being ripped apart by giant wild monkeys multiple times, a fat, drooling, foul-mouthed monster the last thing you see before bidding the world adieu.

Congo's cursor is a hand, which gives enough info without adding any complexity to the gameplay. The cursor/hand highlights blue on inventory and red on an inventory-friendly location, virtually guaranteeing there will be no click-thrashing for the player.

Saves in the game do not return you to your exact location in the game but rather to a nearby "hub."

There is an in-game mapping system that is supposed to mimic "satellite mapping." Once a map area is found and captured, you can use this to aid in exploration, and it does come in handy. There is also an in-game image library that defines ancient writing found while exploring and provides clues to forward the game as well.

The manner in which Pinney has turned his source material into an Myst-like adventure game makes Congo a must have. It's one of the more offbeat games of the era and is still fascinating today. 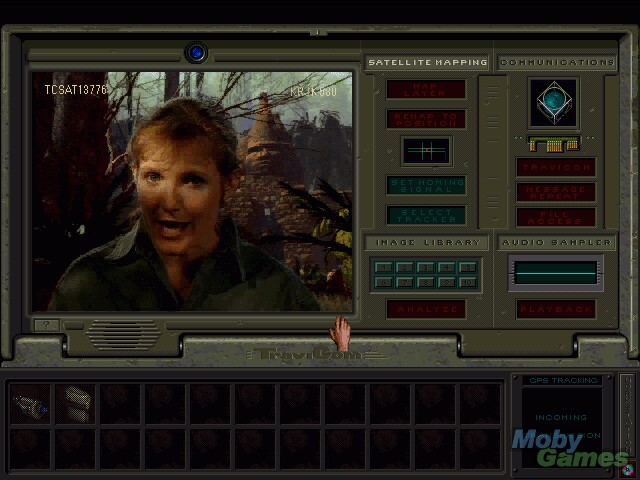 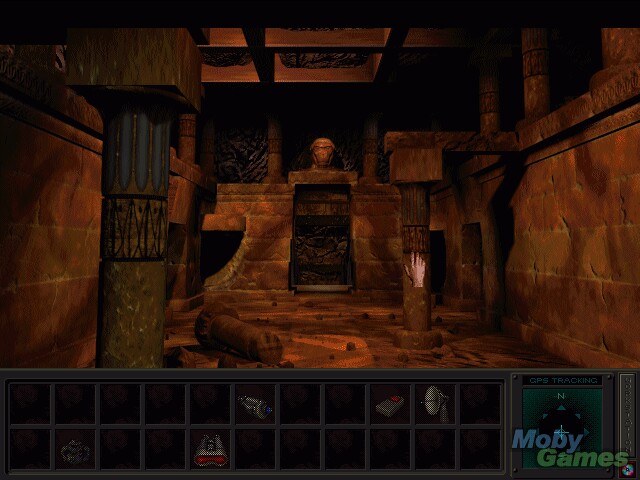