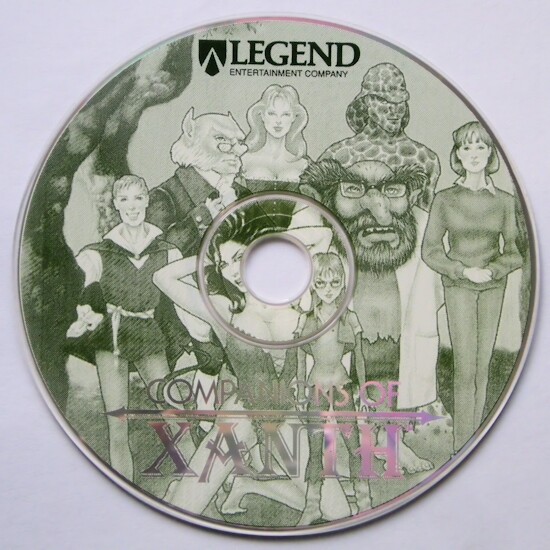 
Die-hard fans of the Xanth series of fantasy novels will be enraptured by this game, finally getting a chance to experience the punny-world of Xanth as a skeptical Mundane named Dug. Many of the characters familiar to Xanth readers -- Nada Naga, Che Centaur, Jenny Elf, Demoness Metria, and Grundy Golem -- are here (though some given more substantial roles than others), and the opportunity to interact with them will be, for some, a treat not to be missed.

Companions of Xanth is loosely based on Anthony's new novel, "Demons Don't Dream," which -- in a wonderful marketing ploy -- is included as a bonus inside the game box! And though the game follows the events in the novel in a general way, reading the novel will give players no hints about how to solve any of the many puzzles they will encounter. For those who get stuck at some point and hope for some help, this may be a slight annoyance, but the game itself is so straightforward and so free of complex, perplexing, unsolvable puzzles, that even novice adventure gamers will find it relatively easy to get through.

The plot of the game: Dug Mundane, while playing a computer game called "Companions of Xanth," finds himself drawn into a race with another Mundane to find a mysterious prize. Unbeknownst to him, however, this is a race engineered by the demons X(A/N)th and E(A/R)th to decide the fate of magic within Xanth. Should Dug win, Xanth will remain a magical land; should Kim (the other Mundane) win, then magic will disappear from Xanth forever. Each Mundane is paired with a Xanthian character to aid him/her on the quest, and an important part of the game is knowing when to turn to the companion for advice and help in completing some of the game's trickier puzzles.

In order to find out where the prize is, you will have to make your way to Good Magician Humphrey's castle, and this journey actually makes up the bulk of the game. Along the way, you will travel through towns, caverns, and the infamous Gap Chasm, confronting entities such as the Com-Pewter and Cumulo Fracto Nimbus and solving puzzles as you go. The solutions to some puzzles rely on puns and wordplay; others depend on the advice you get from your companion; still others rely on your ability to deal with logical and spatial riddles -- but at no point in the game are you likely to get stuck by something you failed to do earlier. There will be no need to go back to a saved position three hundred moves earlier to pick up a lump of coal you didn't notice at the time. Companions of Xanth is rather modular in that what you need to solve each puzzle is usually available within a few screens.

There is only one maze in the game (and I hate the tedium of mazes in adventure games), and it is rendered quite tolerable by the excellent mapping function which can be employed and viewed at any time. The game also offers an "Undo" function that allows you to take back an action should it prove to have undesireable or unforseen consequences. I found this especially useful when throwing cherry bombs or dropping things into lakes and wells.

The interface in Companions of Xanth is a radical departure from the one Legend employed in its Spellcasting and Gateway series, as well as Eric the Unready. Instead of being presented with long lists of actions and objects to choose from (which have to be typed in on a command line), players now have only seven standard commands -- such as "Take," "Put," "Talk To," etc. -- which can be chosen with the mouse. After choosing one of these commands, the pointer can then be swept over the picture area of the screen (about 150% larger than the picture area in Legend's other games of the era) with the resulting actions written out for the player to choose. A particularly useful feature of this interface is that "possible" action/object combinations are displayed in bright text; "impossible" action/object combinations are displayed in greyed text. The game's musical score is unexceptional, but -- more importantly -- it is not annoying, even when you are listening to it repeat for the fiftieth time in some parts of the game. Sound effects are few, but they are not missed either. The game' graphics are bright and colorful with some occasional nice touches. Early in the game, for instance, when trapped in the Void, you will spend some time watching a mysterious door fade in and out of view. The longer you watch, the more solid it will seem to become before fading away again. It's maddening, but then, it's supposed to be.

Overall, the best parts of the game for me were: (1) being able to "win" without getting stuck more than once and having to ask for advice, (2) an interface that was easy to master and made gameplay speedy, (3) puzzles that were varied, challenging, and entertaining, and (4) getting to interact with the wonderful world of Xanth after having read 14 or 15 of the Piers Anthony novels over the years.

I would recommend Companions to adventure gamers who like humor, variety, fantasy, and challenge in their entertainment, not impossible problems with convoluted, contorted, or nonsensical solutions. 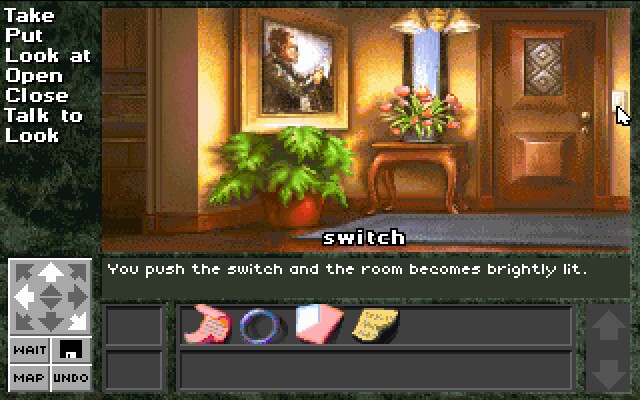 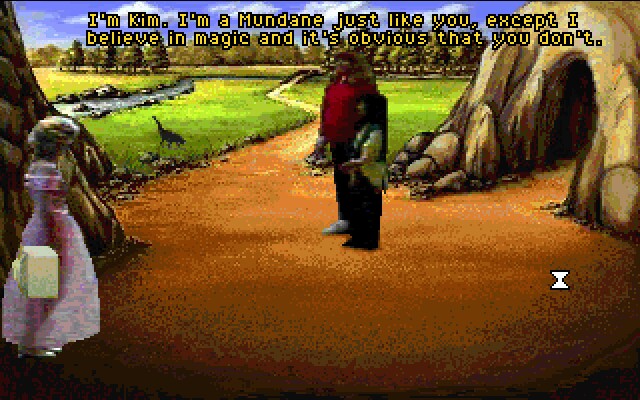