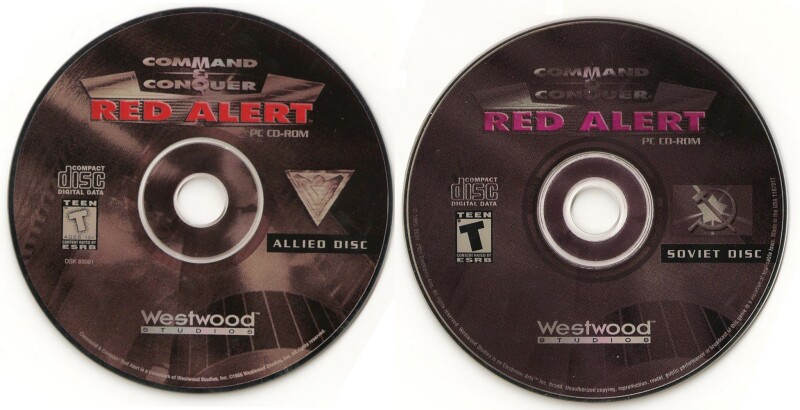 
Red Alert
Here’s the deal: Old Einstein thought it’d be a great idea that once he’d invented time travel he’d go back and cause some harm to lovely Adolf Hitler and therefore we’d miss out on the fun of World War II. Well he did it you know, good for him we think, not so, now Stalin’s the baddy. The story goes that the old boy Communist had no-one to restrain his plans for domination like Hitler; us Allied folk just have a habit of being a bit slow I guess. Well as the story mode of the game begins Europe’s pretty well been taken over and its you versus the mighty Reds. Well all this is assuming you use the Allied disk after all? You can fight on the side of evil after all, as you will do I expect, we all need to dabble.

Graphically the game has just stood the test of time, but let’s be fair, this is a retro gaming review and this game is a fair few years old but graphics were never the games strong point. The top down view means the graphics serve their purpose but no more, they’re simple but effective which does all help in retrospect to help the game run smoothly on today’s machines even in the thickest of scraps. On the other hand the introduction when the game is loaded and the between-mission cinematics are excellent to watch, the story is acted rather than animated which aids to give a more…realistic feel to the story even if it is a slight fantasy, there’s nothing like the human touch.

The game’s strength lies here, the gameplay is still superb even in today’s world of high resolution blockbusters. The menus are self-explanatory as are the in-game ones: structures in one column and vehicles/men in the other. Then once you’ve built everything just drag a box over your units and attack, very cut-throat and simple, as war should be. However, while simplicity is bliss, gameplay is also what can harm this game’s appeal. Especially by the contemporary standards the A.I. can be at times… well frankly shocking. The CPU opponents have only one floor in fairness, they don’t build tanks or planes, but on the hardest difficulties they are certainly a match for any man. The A.I. lacks, most frustratingly, in your own units. The sheer bloody determination of your tanks to separate from each other during an attack so they can be picked off by your foe can bring you to the point of madness; just ask fellow staff member Space if you don’t take my word for it.

The musical score is second to none; almost every PC user will have heard the opening tune of “Hell March”. The character voices in the cinematic sequences are acted so there’s no problem there either. A simple computerized voice crackles out whenever something’s going wrong so that’s cool too, as is the simple replies of “yes sir” and “affirmative” given by your units. In fact the only complaint about the sound could be that there’s not enough of it, but at the same time there is enough, ahh well take your pick, I’m sitting on the fence here.

Red Alert 1 is a classic with almost anyone who’s played it, even those who’ve come to it fairly recently. It’s certainly retro but it paved the way for an entire generation of later games.

Counterstrike
This add-on adds 16 new single-player missions, 8 for each side. Unlike the main game, there is no storyline to connect the missions, so they can be played in any order. Several new campaign-only units are available, including the Soviet Tesla Tank prototype (featuring a mounted Tesla coil as its weapon), cybernetic super soldier Volkov and his dog Chitzkoi, as well as some older units upgraded with nuclear weapons.

The Aftermath
Aftermath provides brand-new units to the Red Alert franchise. There are seven new recruits in all. The new, Soviet-only units include Shock Troopers, Tesla tanks, missile subs, and M.A.D. tanks. The Allies can now produce mechanics and missile-bearing Chronotanks. Both sides can also build the suicidal and speedy demolition trucks that can easily level structures upon collision.

These units dramatically change the strategy in the game, as they serve to strengthen both sides' weaknesses. For example, the missile sub gives the Soviets some much-needed seafaring offensive power by allowing the sub to fire onto land. On the other side, the Allies' mechanic repairs tanks during combat, thus giving them the ability to stand up to the better-armored Soviet counterparts. The M.A.D. tank and demolition truck make base defense all the more important as those units can destroy buildings if allowed to get close enough. Also important to note is that Aftermath changes (or rather, corrects) some structure attributes to balance the once lopsided factions. Allied turrets now fire twice as fast, in addition to having stronger firepower. Also, building more than two factories no longer speeds production, and the Allied Gap Generators aren't quite as strong (fewer hit points, and Soviet Spy Planes can see through their black shroud for longer).

In addition to improving gameplay through unit additions and alterations, Aftermath includes 18 new single-player missions of varying difficulties as well as eight new techno tracks to listen to during the carnage.

In the end the Aftermath expansion pack practically turns Red Alert into an entirely new game. If you're bored with Red Alert this is an outstanding add-on that shouldn't be passed up. 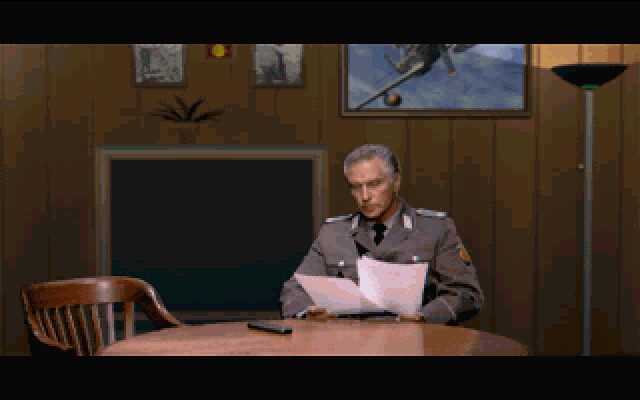 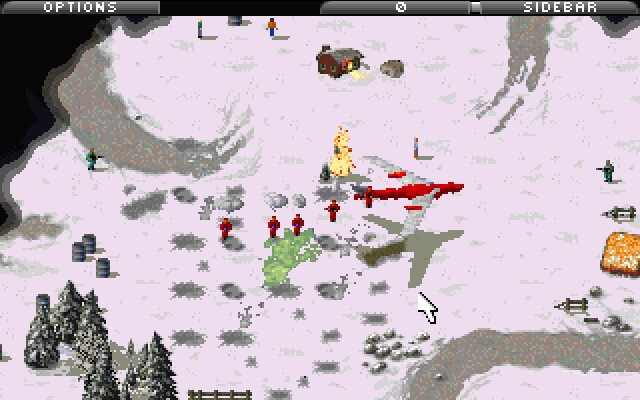 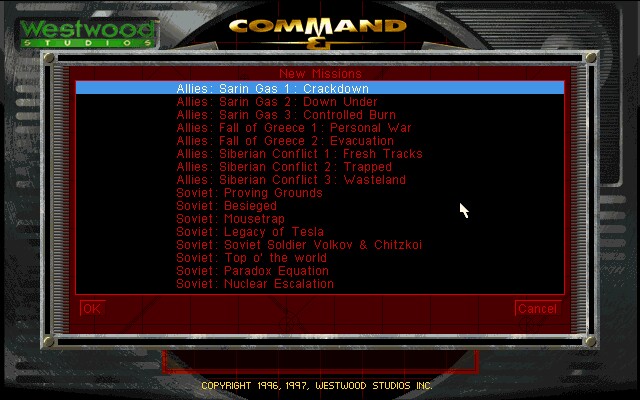 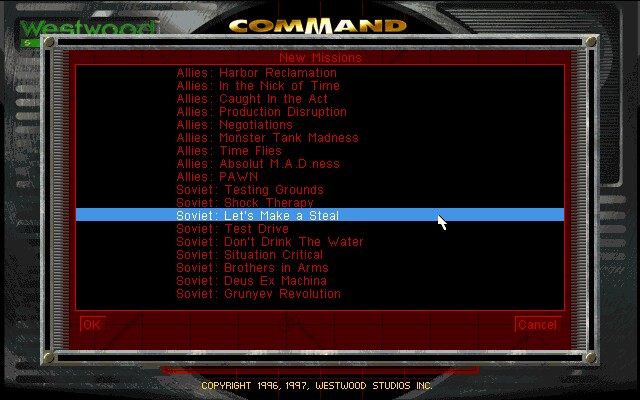 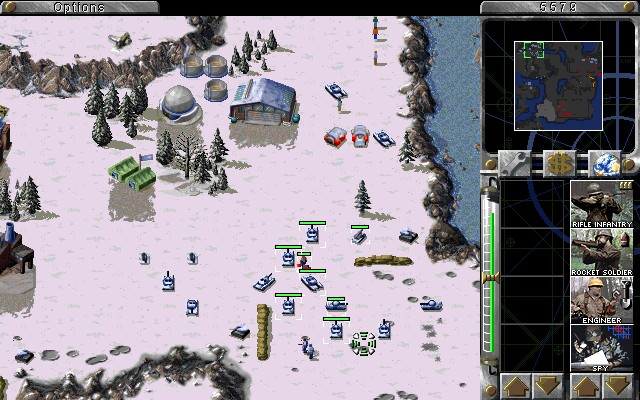