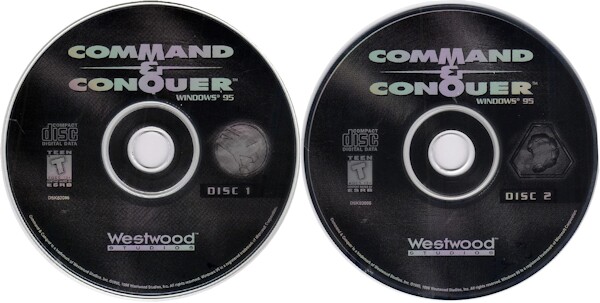 
Execution and details are 90 percent of what makes a good game great. When your Command & Conquer commando sprite unexpectedly shouts, "Got a present for ya!" before slapping a wad of C-4 to a SAM site, well, it kinda gives you a warm fuzzy feeling all over. Starting from the load-screens and straight on 'til morning, Command & Conquer is one of the finest, most brilliantly-designed computer games I have ever seen. Focusing on the global conflict between the fictional Global Defense Initiative (read "NATO with a budget problem") and Brotherhood of Nod (read "Illuminati meets Warsaw Pact") organizations, Command & Conquer puts the player in complete charge of fast-paced, squad-level military operations utilizing a wide variety of troops, ground vehicles, base installations, air strikes, and production facilities.

Throwing in just enough full-motion video to build the proper mindset between scenarios, C&C's main hook is its battlefield action: real-time, command-based, and simultaneous. Thus, you may send a squad of grenadiers to take out an enemy airfield to stop the influx of reinforcements, and suddenly realize that as you've been doing this, bazookamen have started bashing your one production facility. Of course rerouting a group of tanks to deal with the bazooka menace turns out to be exactly what the enemy wanted you to do, and as 20 minigunners close on your undefended HQ, you anxiously count the seconds to the next friendly air strike that'll make everything nice again. The tension produced by so many multiple layers of real-time interaction is what computer gamers live for, and a number of different high-energy soundtracks keep adrenaline levels maxed out. Playing the entire conflict in the role of the other side makes for twice the gameplay fun. 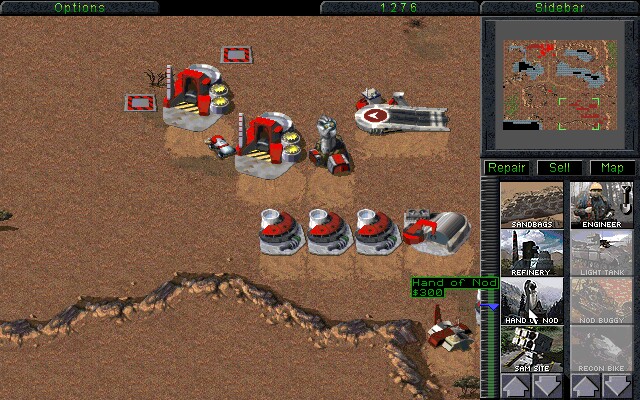 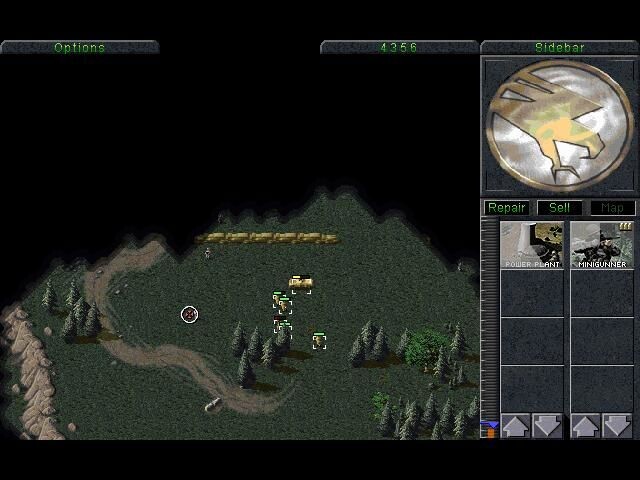