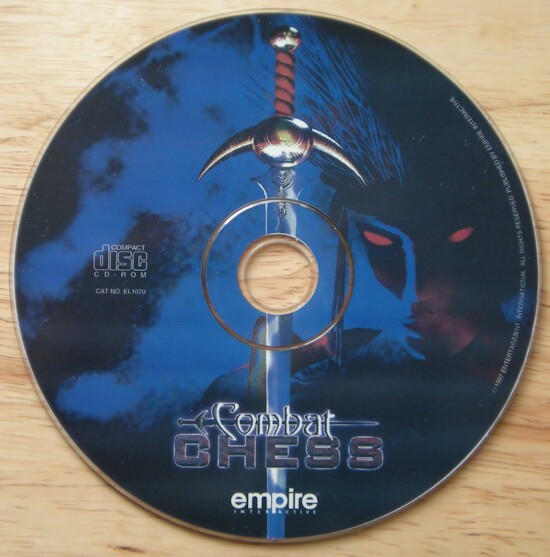 
This title is a different take on how to entertain those people that enjoy the game of chess. For chess players, the entertainment value is most likely already there, but for those who don’t play the game, Combat Chess makes it more interesting. Instead of simply moving your pawns and other static pieces around the board, you move “living” 3D characters. These characters not only move but do battle when confronted with other characters on the screen. There have been other titles that have done this, but Combat Chess does it in high resolution with a solid chess engine underneath it.

The first thing that a true chess player is going to look at is what options the game has and how good the computer opponent is. Empire knows this from the start, so they got a world champion chess programmer to help them out. The problem with that is they do not supply the name of the chess master; instead, you have to take their word for it. There are plenty of options from setting up the board to deciding on clock times.

There are a number of different options for setting the clocks in Combat Chess. There is a blitz clock that gives each player a set amount of time for completing the game. If he or she misses this time (by taking too much time for their moves) then it’s an automatic loss. You have many other options for setting how the computer can use the clock vs. the human player.

How smart is the computer player in Empire’s Combat Chess? To figure this out you can read about how the engine built into Combat Chess works. At least this is a start at understanding what is going on behind the scenes. In Combat Chess, the computer calculates every move for every piece. Since you can set different settings such as time and other things, the computer might have more or less time to think about a move. Combat Chess uses a book of standard opening moves to start out with since this is the best way to begin the game. Players can throw out a bizarre move to try and throw it off, but in the end that usually hurts the player more than the computer.

You have the option of choosing how smart the computer is. You can let the game engine have complete control over processing power or you can have it swap time with the graphics engine to make the game run more smoothly. The more time you allow the engine to work the smarter it gets.

Combat Chess uses the Portable Games Notation or PGN for saving games. This allows you to save games and send them to a friend for them to play. It also allows you to download hundreds of famous matches to your system. This is a standard notation and can be used to play chess matches on just about any chess simulation out there.

During games you can have multiple windows open showing you current moves, a 2D board, suggested moves, computer thinking, and a few others. You can also ask for help during the game and the computer will take a best guess at what you should do. This is a rough guess, but at least it gives you a better choice then you might come up with in a bind.

Combat Chess allows you to play multiplayer games over the Internet. You also can play through a local area network or through a serial connection. When playing a true clock-based chess game over the Internet the computer takes into account latency and sets the clock to the current player. This helps ensure that players are at least in some sort of sync. You are also able to have observers in the game watching the match take place. Combat Chess will not allow players to cheat by using the computer to make moves for them, thus keeping the game fair at all times.

What makes Combat Chess so different are the different character animations. During the game you can hit the shift key and click on any of them to watch a small animation about who they are and other information. There are over 200 animations in the game. If players don’t care to see this type of character they always can revert back to the Staunten set that is included with the game.

Combat Chess offers a different take on the standard way of playing chess. It brings a level of excitement to a game that is not always very exciting, and the animations and actions are excellent. 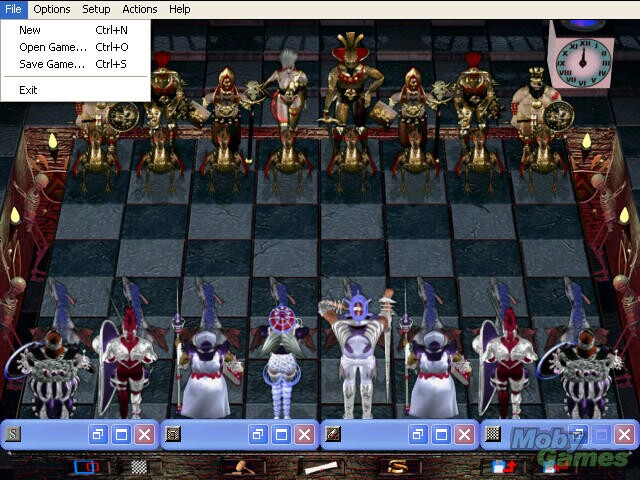