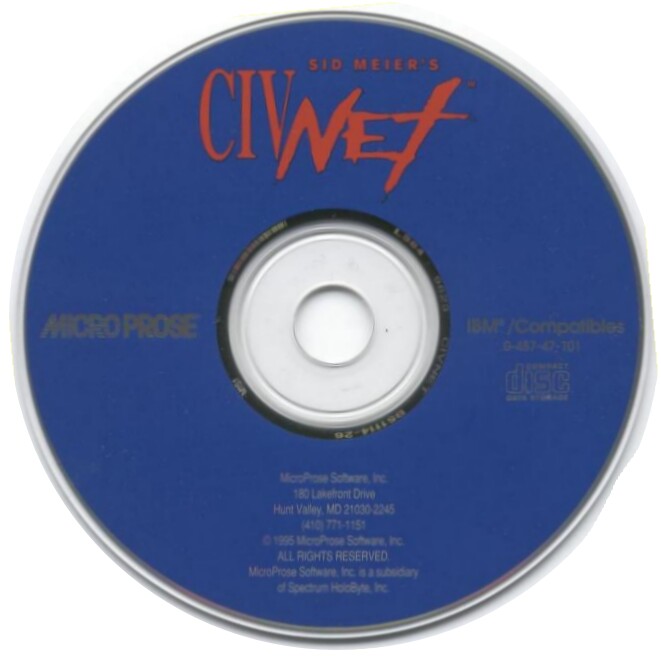 
CivNet is the second the in the Civilization series, offering you better graphics than its predecessor. The goal of the game is to rule your world, and/or find your way off the planet in an allotted time period (6000 yrs). Naturally, this is not as easy or as simple as it sounds. While building your empire, you have to maintain each and every one of your cities in the most efficient and productive manner possible, as well as keep a keen eye on your neighbors. After all, they have the same goal you do - world domination.

City Management is a critical part of the game. As the population grows, so does its problems. As supreme ruler it's up to you to keep your citizens happy and productive. This can be accomplished in several ways: good government, fair taxation and building wonders of the world. Wonders are an interesting concept in the game. They allow the player to have special powers such as longer turns when exploring the oceans to keeping your citizens happy. Governments run from pure anarchy (no government) all the way to democracies and each type has its pros and cons. Trying to quickly take over as much land as possible, I chose to remain a despot throughout the game. While the citizens weren't as happy with the situation as they could have been, I offset my rule with lower taxes and the building of wonders of the world.

Choosing a democracy instead, allows your cities to concentrate more on commerce and production and less on war. In fact, your citizens will want to avoid war as much as possible. Since I knew this would happen, I avoided this choice. I wanted to annihilate my opponent as soon as possible and did not want any uprisings.

Another key element of the game is the development of advances. Advances are the inventions that make our civilizations move ahead. The first advances range from the development of the wheel to pottery or the alphabet. Naturally, each advance allows a new advance to be discovered. The invention of the wheel allowed the chariot to be invented and so on. Ultimately, the player has to invent the necessary components to build the rocket ship to get off the planet. This is an incredibly difficult challenge.

The passage of time changes throughout the game. Initially every turn counts as twenty years, and as the game progressed eventually, the years pass in smaller increments, until each turn counts as one year. While 6000 years seems like a long time, in the game it goes by very quickly. The player spends most of his/her time waiting for advances to happen so that an edge in either technology or weaponry can be used against any enemies - whether they are computer or human. Computer enemies can be pretty ferocious on the more difficult levels. One can chose up to seven different civilizations or as little as three. The smaller the number of civilizations, the longer it takes until your first encounter. Civilizations also have more time to build up their cities and conquering them is not as easy as when there are many empires. When there are many empires, the land mass has to be divided into smaller parts and bumping into someone can happen quite quickly.

Game documentation is very extensive but as the player becomes more proficient, the manual serves as a reference, and as a source of new information. A good example of this is the ability to decide whether a city whose population is fifty thousand and over will have a stress on taxation, entertainment or science. Each one provides a distinct service. A tax man will collect more revenue and less will be lost to the black market and corruption. An entertainer will make citizens happy, thereby increasing production and a scientist will focus more of the cities intellectual resources towards achieving advances at a faster pace.

CivNet offers many hours of intense game play and is completely replayable time and time again. This is one of the few games that delivers good value for the buck. Besides,where else can you get the awesome feeling of utterly crushing benevolent people from other lands without remorse? 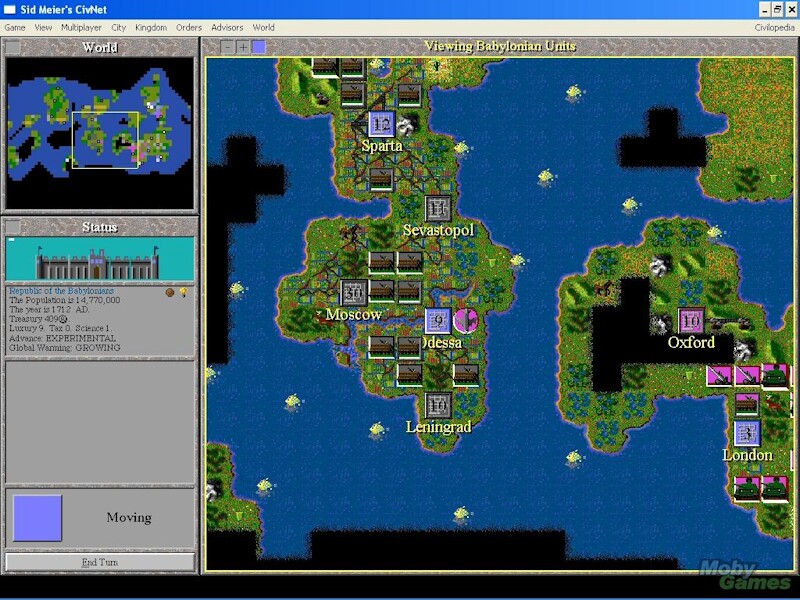 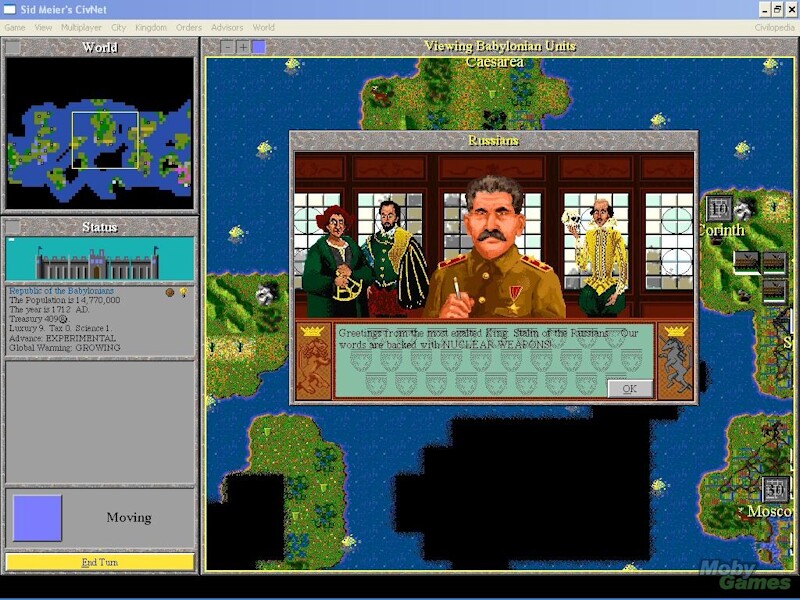