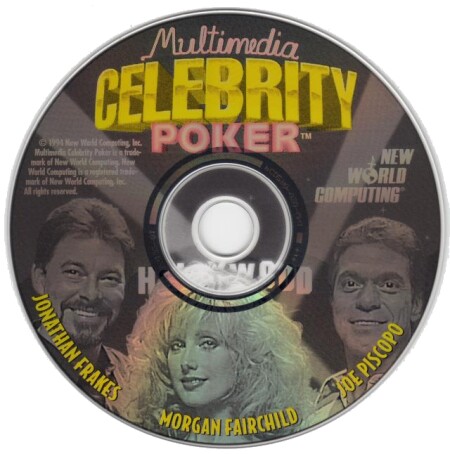 
If you’re into TV series, then you’ll probably have no trouble recognizing the faces of your opponents. Sitting at the poker table are Jonathan "Riker" Frakes (Star Trek: Next Generation), appearing somewhat tight-lipped; talkative comedian Joe Piscopo (Saturday Night Live), showing off his array of impersonations; and aging starlet Morgan Fairchild (Hotel, Falcon Crest), sitting stiff and generally trying not to look too lost. Digitized video clips, seamlessly integrated into the main frame, depict all actions and movements of the stars -- dealing, calling, playing cards. Separate clips for the three actors are played simultaneously to avoid „freezing“ of single persons; all are continuously in motion. The celebrities comment on the their cards and your success to create a relaxed and intimate atmosphere.

Multimedia Celebrity Poker knows eight different variants of poker. You may play combinations of five cards or seven, stud or draw, lo-ball or high, deuces wild or normal. In addition to a relaxed round among friends, you can choose to advance levels in a tournament. You win if all opponents are broke, although nobody will undress at that point. Luckily. The program AI plays fairly straight, rarely risking a bluff. 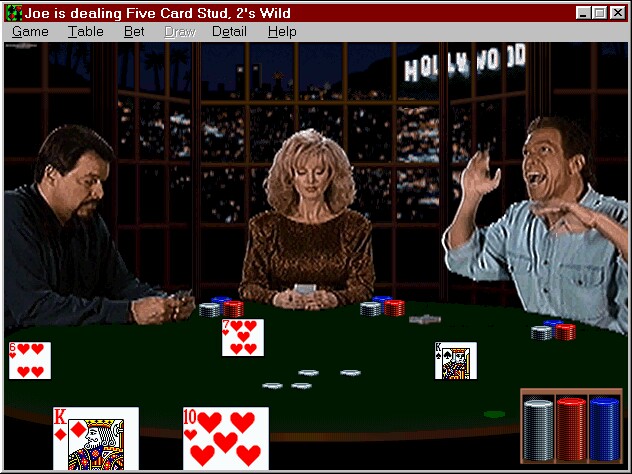 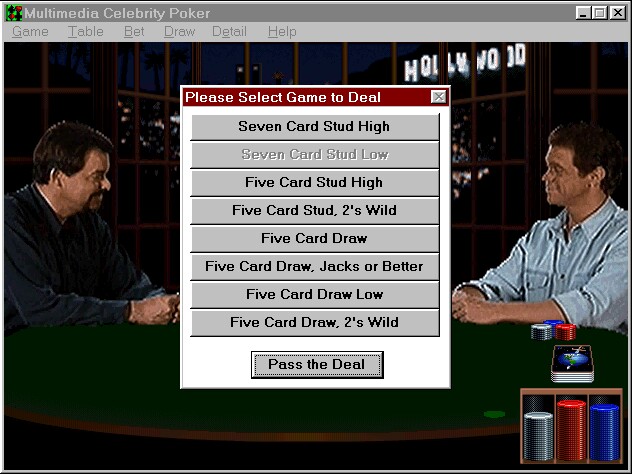