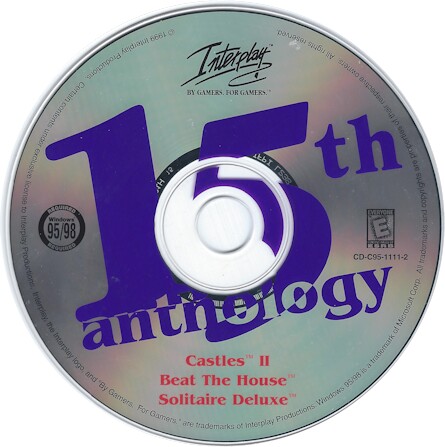 
Castles II: Siege and Conquest is a high-level strategy wargame, in which the player acts as one of five powers attempting to conquer Bretagne, a twin of medieval France. Success is achieved by forming an empire that is territorially, militarily and politically strong enough to convince the Pope to recognize your claim to the throne. As in the original Castles, gameplay is spiced up by 'plots', evolving and entertaining storylines in which you must make decisions that can affect the game. Castles II includes digitized movie footage to accompany game events. It's a playable and enjoyable game, with a slick design and interface; the downside is that it doesn't allow for too much subtlety in the player's actions.

At the start of the game, each of the five powers vying for Bretagne -- Aragon, Anjou, Burgundy, Valois, and Albion -- controls a single province out of 36. The player recruits an army, takes over nearby neutral provinces, builds castles to increase production and forestall revolts, buys off some of his political rivals and takes out the others, all while maintaining sufficiently good relations with the Pope to avoid excommunication. When one's score -- determined not only by territories held but also by army strength and the quality of one's political relations, among other factors -- is sufficiently high, one petitions the Pope for his endorsement as the new king of France.

Castles II lets you perform these various activities as three kinds of tasks -- administrative (e.g. harvesting resources, building castles), military (attacking, recruiting), and political (negotiating,spying). Each task requires both 'task points' and resources. You start out with task points of each type and gain more by successful completion of tasks using those points. Resources include food, timber, iron and gold. You can have up to two tasks of each kind running at any given time. Success depends on coordinating your tasks to achieve your strategic goals. If you're planning a war with one neighbor, you should negotiate peace with the others; if you plan to build a castle, you need to stockpile sufficient resources to support your other efforts while your workmen are busy building it; and so forth.

Along the way, various plots will be brought to your attention, adding spice the routine. These interactive storylines range from comic to serious to fantastic: you may find yourself fending off a dung-seller, raising a navy to fight pirates, or commissioning an expedition to the golden kingdom of Prester John. Your decisions can have concrete effects -- an expedient marriage might increase your political rating, while a defeat at sea could cost you troops from your army.

The interface is very smooth. The game is real-time, advancing about one day every 1.5 seconds -- fast enough to give a sense of dynamism, but slow enough that I never felt rushed. Clicking on a province shows its status and gives you options to attack it, scout it, etc. Clicking on the administrative, military or diplomatic rectangles opens a general menu of that type. If a battle occurs, one can either let the computer resolve it or control it manually from a 3/4 display of the province. Designing castles occurs from the same display, and has been greatly streamlined since Castles I.

The game's only problem is a lack of subtlety in player options. In theory, one can give orders to each individual unit in battle; in practice, it's hard to do more than order a particular unit type (knights, infantry, or archers) to stand or advance. Negotiations with other powers are confined to buying them off; one can't make a defense treaty, offer to join with them against another power, or demand they withdraw from some border province. The layout of one's empire has no effect on attack or defense: a nation with 10 border provinces to defend is at no disadvantage over one with only 3, nor is there a way to garrison provinces in expectation of an attack.

Castles II feels a bit like Risk -- it doesn't fully reflect real warfare and empire building, but is still great fun to play. Wargaming purists may want to pass on this title, but for those who are just looking for a well-presented and entertaining game with that nifty medieval flavor, Castles II fits the bill. 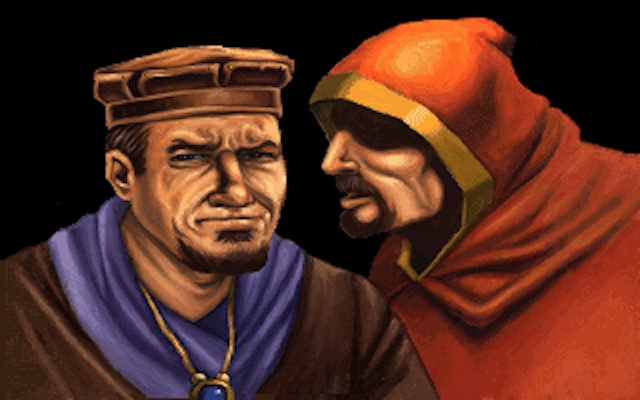