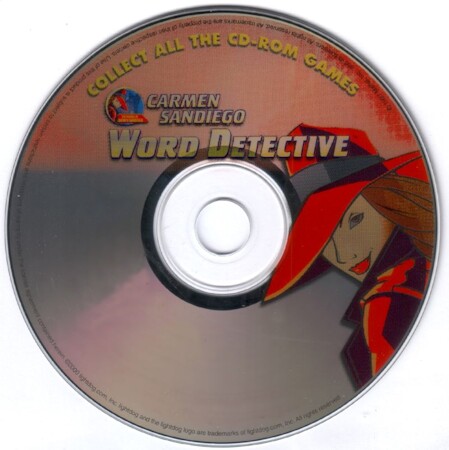 The Game
Carmen Sandiego, international fugitive and head of V.I.L.E., has hatched a brand new scheme. Using her latest invention, the Babble-On Laser, Carmen seeks to destroy communication by rendering languages into incoherent gibberish. The ACME Detective Agency, once again attempts to stop Carmen Sandiego by finding the location of the Tower of Babbel. Already twelve Agents have been lost and only Agent 13 remains to put together clues using Acme's latest interface, the CyberCom 2000.

As Agent 13, your main goal is to rescue the previous 12 agents and stop Carmen Sandiego. You do this by gathering individual keys to rescue each of the agents. These keys in turn are guarded by several passwords, all of which must be decoded. These passwords are decoded by discovering "clues" in Carmen's hideouts which then launch anyone of 5 mini-game..

These mini-game sequences are:

Micropix: The player is given a page of text with several nouns, verbs and adjectives missing. The most logical choices must be placed in these missing areas.

Power Pack: Words must be placed in alphabetical order to form a tower on the right side of the screen

Spellanyzer: The player is given an audio recording of a word, as well as it's usage in a phrase and must either unscramble or spell the indicated word. 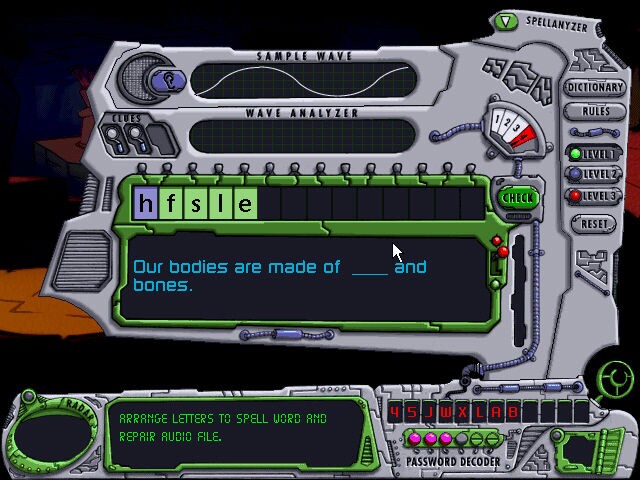