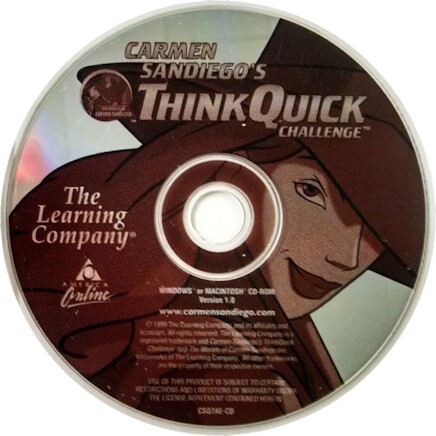 
The player(s) are on a mission to stop Carmen Sandiego and her Master Thieves (consisting of Count Hypno, Dr. Depth, Dr. Ima LeZaarde, Jane Reaction (one of the original thieves in the 1997 version of Where in Time is Carmen Sandiego?) Otto "Gnash" Readmore, and Snarla Swing) from taking over the modern world. At the beginning of each mission, Chase Devineaux, the ACME Detective Agency's top agent will brief you on the suspect and which essential concept to survival in the modern world has been stolen by the Knowledge Robots (KnowBots) working for that suspect. KnowBots will try to stop the ACME agent from disabling them (or delay the destruction and automatic surrender of 1/2 of the code that reveals the suspect's location) by challenging them to several Jeopardy- like rounds of questions in the subject areas of History, Geography, Math, Crime Scene, which is similar to a memory game, English, Life Science, Physical Science, or Art and Music. If the player(s)answer correctly, they gain a certain amount of Knowledge Points dependent on the type of question being asked (For example, Multipick questions are worth 950 Knowledge Points and Rapid Fire Sort questions are worth 200 Knowledge Points apiece). If they get a question incorrect, they lose one point of Capture Energy, which is essential to the capture of the Master Thief.

There are three difficulty levels. Level One's questions are intended for the 4th and 5th grade student; Each player starts each mission with 30 capture Energy points. On Level Two, the questions are intended for 5th and 6th grade students; Each player starts their mission with 25 Capture Energy points. On Level three, the questions are for 6th grade students and above; Each player starts with 20 Capture Energy points. Overall, the object of the game is to get past Carmen's Know-Bots and correctly answer the questions to capture the current thief out on the loose. Players will meet Carmen on the way about six times per storyline, but she is not captured during the course of the game and her presence in the game is mostly as a symbolic figurehead. There is no known end to the game, as many players have reported that they have exceeded 300 missions with no end in sight. The player has 30 distinctive missions to complete in order to complete the storyline.

ThinkQuick presents information in a game show format, and "test...students' ability to recall information previously taught". Players receive points for correct answers. Original content can be created for the game via the custom content creator (and for example inputted by teachers for school quizzes).

Players have the option to create their own questions as they wish and up to 50 questions using Multipick, YingYang (True/False), Sequencer, Matchmaker, and Gridlock (Finding all the answers in a graph.) 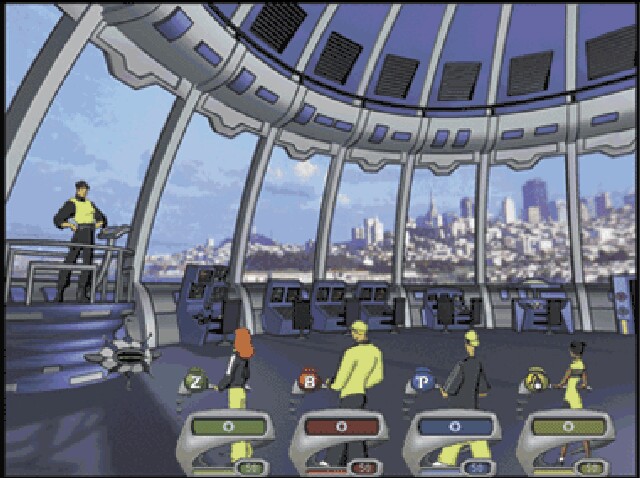 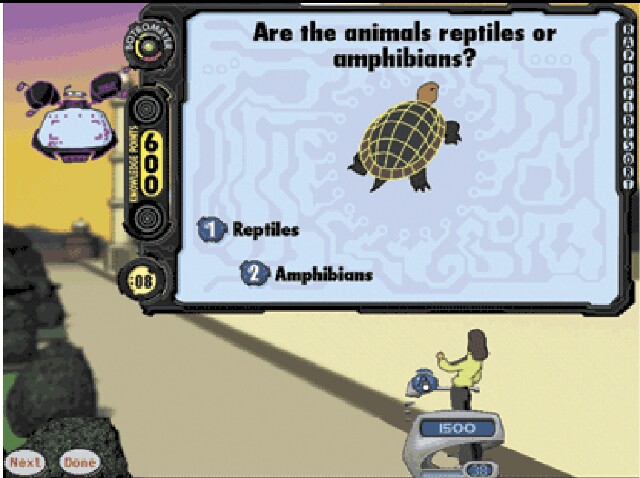