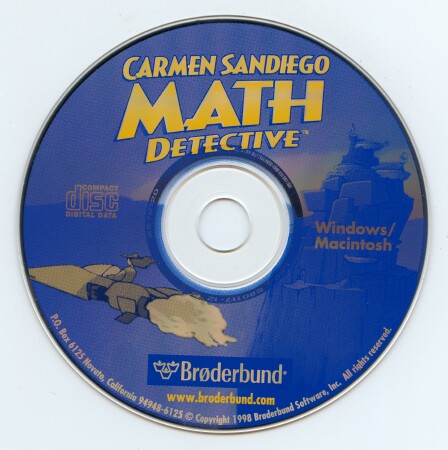 The Game
Carmen Sandiego: Math Detective is an extremely entertaining, fun, and yet, a very educational game. Don't get me wrong, the game is not without difficulties; some of the math work you have to solve while doing so in a limited amount of time can make your head hurt just a wee-little-bit. However, Carmen Sandiego: Math Detective gives players that super-spy feel when you travel to dark, villainous hideouts and solve math puzzles to crack the case. The plot: Carmen has stolen some of the world's most precious monuments, such as the Coloseum in Rome, Italy, Angel Falls in Venezuela, and the Petronas Towers in Kuala Lampur, Malaysia, by using her new giant machine, the Quantum Crystalizer, and then shrinking these monuments and putting them into miniature crystals, causing people to mourn the loss of these precious monuments all over the world.

Your job: travel to these VILE hideouts, which include Brazil and outer space, and decode math puzzles that add up to a monument. Do some more math puzzles, restore another monument. The more puzzles you solve, the more monuments you restore. However, if you have played some of the other Carmen games such as Carmen Word Detective, you will recall the case that Carmen and Chase never finished, the case of the Prometheus Rock.

Apparently, Carmen has built a spanking-dash new headquarters for her villainous crime agency, VILE. Chase is puzzled: what kind of powers does the Quantum Crystallizer possess to suck up these giant monuments? One thing to note: the Promotheous Rock was a mythical rock that was rumored to have special, strong powers and was never found because Carmen quit in the middle of the case and left to start her criminal agency, VILE. But what DOES the Promotheous Rock have to do with all this, and what will happen when you reach the end and restore all the monuments? You'll just have to wait and see.

I know: it sounds complicated. But it's way more fun than complicated. It's great for any young kid, preteen, or even teens. 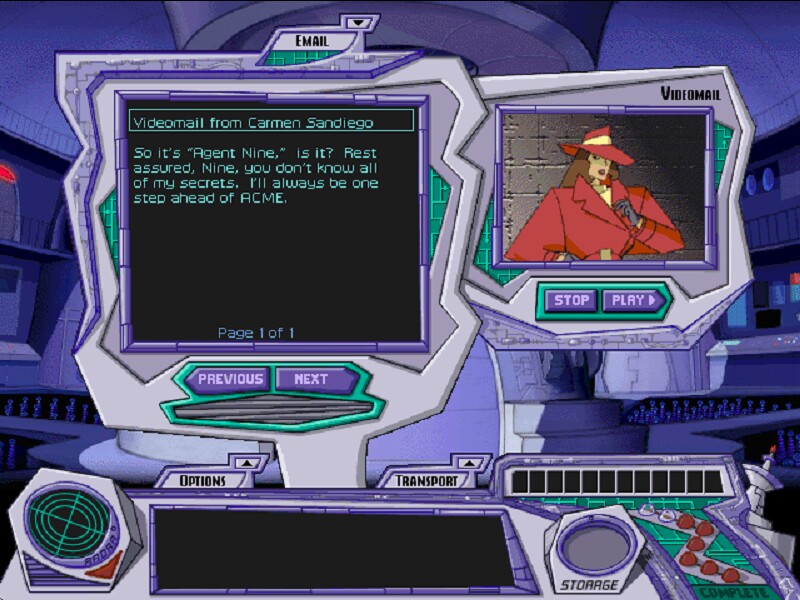